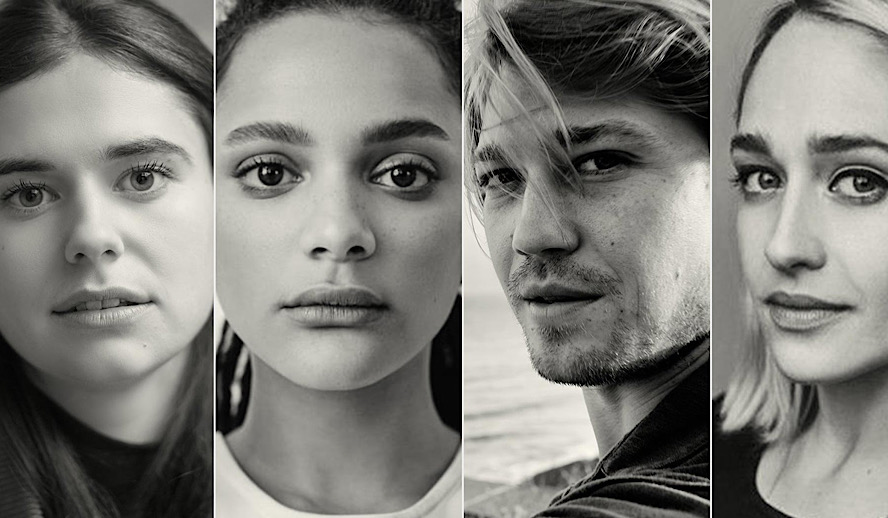 Fans of ‘Normal People’ Should Prepare Themselves

In the early months of the torturous year, we can remember as 2020, I along with many other twenty-something-year-olds was desperately looking for new reading material during the early weeks of quarantine. Eventually, a good friend of mine recommended the book ‘Normal People’ and to my benefit, the television series was premiering only a week after. To get myself caught up in time before the show premiered, I devoured the book in an entire sitting and subsequently binged the whole mini-series in a span of 48-hours upon release on April 29, 2020.

The now critically-acclaimed and award-winning series, ‘Normal People’ based on Sally Rooney’s novel of the same name,  focuses on the relationship between Marianne (Daisy Edgar Jones) and Connell (new-comer, Paul Mescal) as they navigate the hardships, heartache, and beauty of falling in and out of love over the span up until the two graduate college. Set in Ireland with a superb cast and a beautifully scored soundtrack, this series instantly became one of my favorites that I am not ashamed to admit I’ve watched a total of three times through (so far).

It was the very first television show I actually shed tears over and became so emotionally attached to that I wasn’t ready to admit it had come to an end. This ultimately is what led me to pick up Rooney’s only other published novel, ‘Conversations With Friends’, to fill the void that ‘Normal People’ had created within me. ’Conversations’ is an equally entertaining, seductive, and thrilling novel that has also been green-lit for a 12-episode adaptation in partnership with BBC Three and Hulu. This is what we know so far about Rooney’s latest adaptation that is currently in production.

Sally Rooney – A Novelist To Watch

30-year-old Rooney is an Irish novelist with only two published books under her belt. ‘Conversations With Friends’ was her debut novel published in 2017 with ‘Normal People’ to follow which was published a year later. Both novels focused on young adults attending Trinity College in Dublin, Ireland (similar to Rooney herself) who are entangled in a complicated web of romance. Something that I found so intriguing about Rooney is her honest and intuitive writing style. With material so intimate and the amorous characters she describes, her books often lead me to feel as if I were peeking through the windows of these characters’ homes and watching their lives unfold, rather than reading about their world as an outsider.

Before recommending her works to a friend or stranger, I warn them that her way of writing will surely break your heart and put the pieces back together again all before the end of the novel. In an interview with The New Yorker, Rooney shared. “I tend to write characters who are roughly as articulate and insightful as I am about what they think and feel. In other words, they are sometimes perceptive but more often crushingly unable to describe or explain what is going on in their lives.” In addition to novel writing, Rooney co-wrote the scripts for both series and additionally serves as an executive producer.

‘Conversations With Friends’ – From Novel to Series

After the immense success of ‘Normal People’ Hulu green-lit a straight-to-series order of ‘Conversations with Friends’ in partnership with BBC and Element Pictures. Fans of the series ‘Normal People’ will be pleased to know that most of the creative team from the show will return for the production of ‘Conversations With Friends’. Oscar-nominated Lenny Abrahamson (‘Room’) is set to resume his role as director in the new series as he did so effortlessly for 6 out of the 12 episodes of ‘Normal People’.

Piers Wenger, the head of drama at BBC shared with The Irish Times, “We are all addicted to Sally Rooney’s writing and will plunder her literary canon as long as she is writing. And so, on the back of the taut and tangled Normal People, we are delighted that Sally has entrusted us, and the wonderfully talented people at Element Pictures, with her debut novel, Conversations with Friends. To top it all, Lenny Abrahamson has agreed to continue his association with Sally to direct.”

Hulu has described the plot as follows: “Conversations with Friends follows Frances, a 21-year-old college student, as she navigates a series of relationships that force her to confront her own vulnerabilities for the first time. Frances is observant, cerebral, and sharp. Her ex-girlfriend, now best friend, Bobbi is self-assured, outspoken, and compelling. Though they broke up three years ago, Frances and Bobbi are virtually inseparable and perform spoken word poetry together in Dublin. It’s at one of their shows that they meet Melissa, an older writer, who is fascinated by the pair.

Bobbi and Frances start to spend time with Melissa and her husband, Nick, a handsome but reserved actor. While Melissa and Bobbi flirt with each other openly, Nick and Frances embark on an intense secret affair that is surprising to them both. Soon the affair begins to test the bond between Frances and Bobbi, forcing Frances to reconsider her sense of self, and the friendship she holds so dear.”

Casting announcements have confirmed that Sasha Lane (‘American Honey’, ‘The Miseducation of Cameron Post’, ’Utopia’) will portray the role of Bobbi and newcomer Alison Oliver will make her acting debut in the lead role as Frances. Joe Alwyn, who can be seen in Shailene Woodley’s latest drama romance ‘The Last Letter from Your Lover’ has been cast as Nick and Melissa will be played by Jemima Kirke (‘Girls’) It has been confirmed on social media that production is now underway for ‘Conversations’ in Northern Ireland and fans can expect the series to premiere sometime in 2022. While it appears that Rooney has a considerable amount of work on her hands, I can only hope to expect another novel from her sometime in the near future, but until then I will continue to re-read her two incredible novels written thus far.