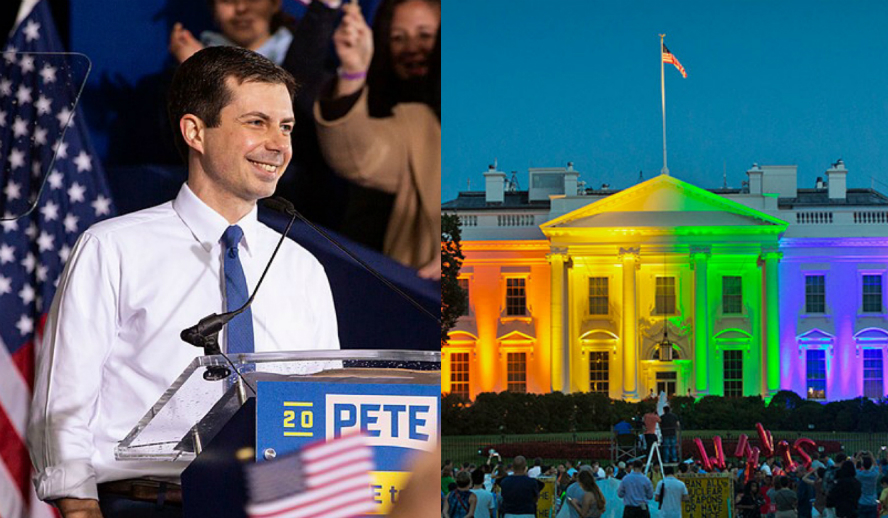 Some messages from the people in America on the question “Does a President’s sexuality matter to you? An LGBTQ, gay or lesbian President? Pete Buttigieg?”:  1. Larry the Bird Man: “It doesn’t matter no, because I got a lot of gay friends and they’re a lot smarter than so many staright f****** we got in office.” 2. Recent Journalist graduate from Georgia: “It doesn’t matter because love is love, people are people, deep down, human beings are human beings. We all kind of think the same, talk the same, we feel the same, so what does it matter who we love and what we’re doing at home or out in public. Deep down everyone is so connected.” 3. Young girl from Texas: “I would want someone in the office who cares about LGBTQ rights, but it doesn’t matter to me what their sexual preferences are.” 4. Trump Protestors from New York: “I don’t believe a person’s sexuality should be a key determinant in leadership or any kind of role” 5. New Yorker: “For me the only person that the president’s sexuality should matter to is the person that the president is sleeping with, so no, for me, the president’s sexuality does not matter. It does not matter whether they’re gay or lesbian. It bear no accountability for their intelligence. Their wisdom, more importantly, what do they think in terms of their politics, what do they think in terms of compassion, what do they think in terms of educating themselves about world politics? That’s what matters to me.” 6. Young man from illinois: “I think it’s a good thing if they do come from the LGBTQ community and have that type of insight, but as long as they’re qualified it does not matter.”

Season 2 | Episode 3: “Would A President’s Sexuality Matter To You? A Gay, Lesbian or LGBTQ President?” Hear as a wide range of people from all over America tell us.

All of us have heard the loud American politicians, their tweets and their slurs – but how many of us have heard what the people/civilians in America think? The democratic presidential debates have happened and the voters are left to think on the important question of would a President’s sexuality matter to you.

Would a President’s sexuality matter to you? Most of the people in America are nothing like the politicians in America – so it is important to make sure that world sees more of America and its people than just the loud politicians, regardless of them being republican/democract or any other political iteration