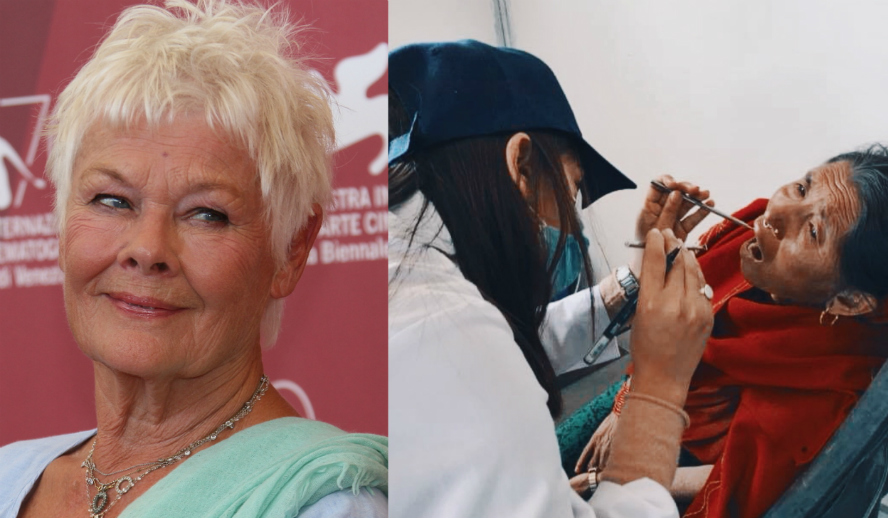 Dame Judi Dench urges the world to remember the forgotten victims of the disastrous 2015 Nepal earthquake. She is an official supporter and patron of the Humans Of Our World Foundation and it’s campaign “Remember Forgotten Villages” with Nepal being one of the seven countries in focus along with remote villages in Kenya, Brazil (specifically communities associated with the Amazon), Greece, Peru, Portugal and Egypt. The campaign and its celebrity patrons also condemn news media for having a short attention span and ONLY focusing on a disaster zone for the “trending” two weeks and then sadly moving on to the next “trending” and “fresh” disaster zone. Judi and the campaign urge all to donate directly by clicking on this link www.fundrazr.com/villagesofnepal.

Four years on, remote areas of the mountainous country continue to suffer due to inaccessibility as ordinary cars and buses cannot reach those areas. 10,000 lives were lost in the 7.8 magnitude earthquake, plus the 260 aftershocks. 824,000 families were left homeless and dragged further into poverty. Annual landslides and danger of travel have made it harder to provide help to the regions affected.

The Foundation with Judi’s support is bringing the world’s attention back to the villages to raise donations which will go towards those remote areas. The funds raised will provide medical care, relief/welfare, anti-trafficking support, eye-sight/cataract surgeries for the elderly, education support and much needed support – for full details, please visit www.fundrazr.com/villagesofnepal. Donations can be made directly to that link as they go directly to the victims without any government middle-person. Humans Of Our World has been working on the ground with the support of local grassroots organizations since the 2015 earthquake. Other celebrities supporting the campaign as patron of the Foundation include Joanna Lumley OBE.

You can help by donating to the Foundation, which is a 501(c)(3) organization and your donations are tax-deductible: www.fundrazr.com/villagesofnepal. 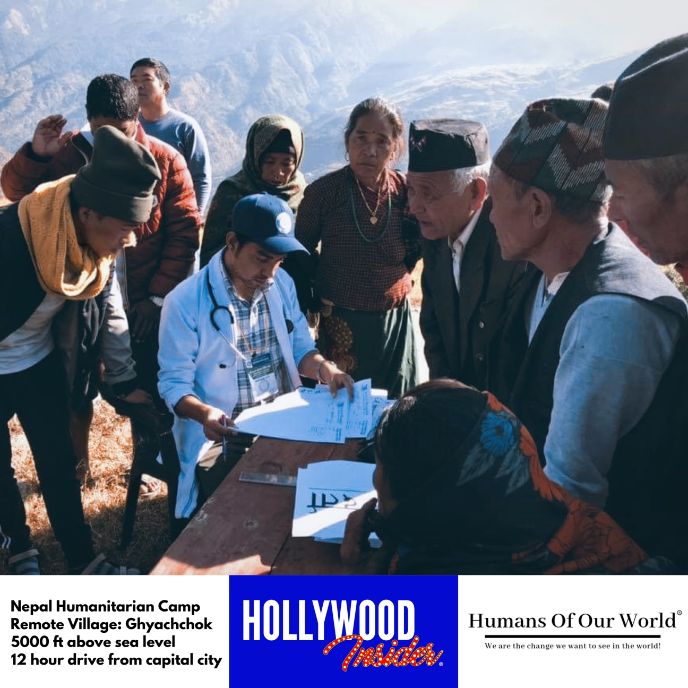 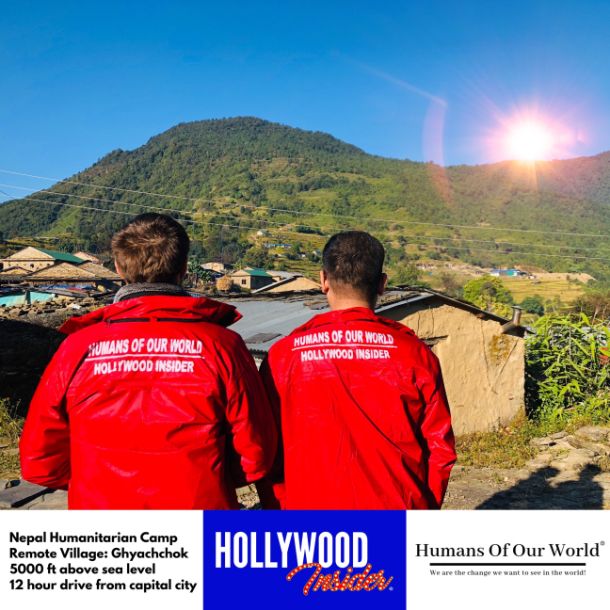 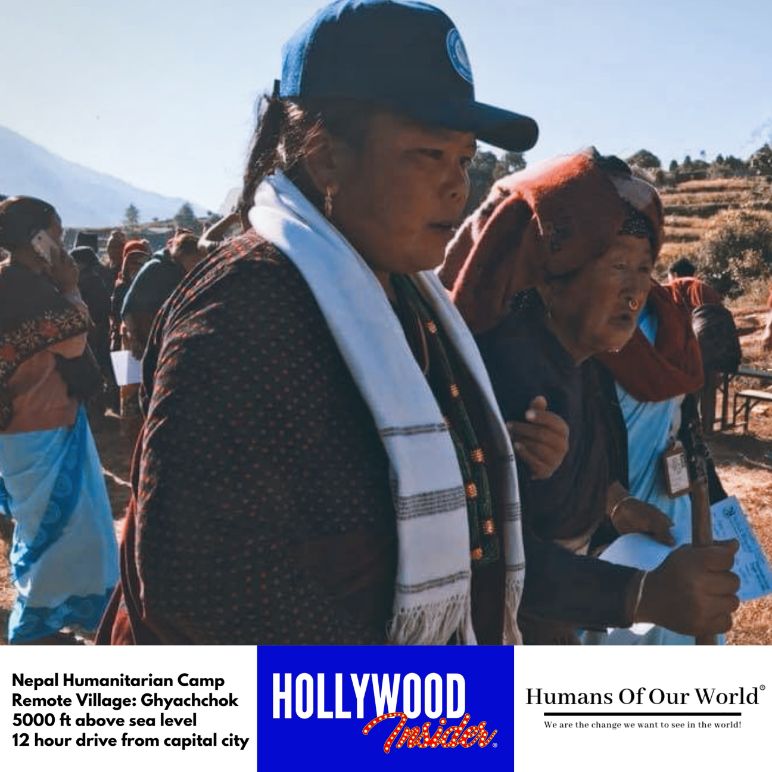 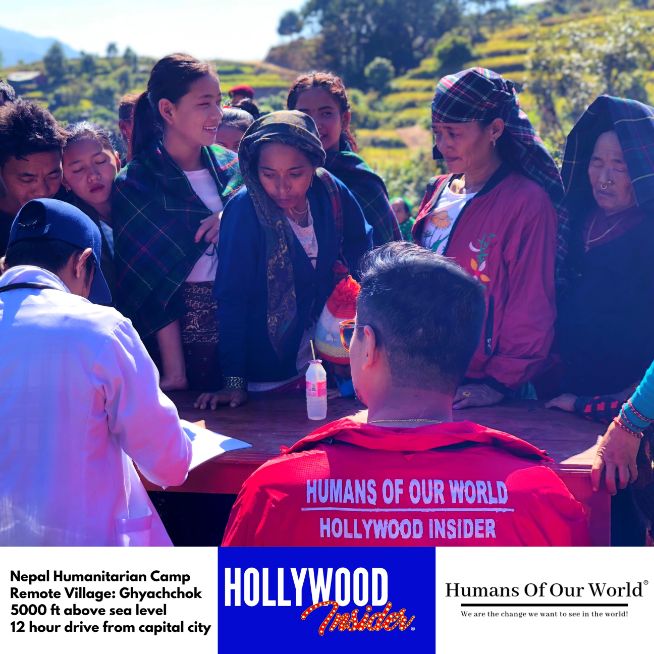 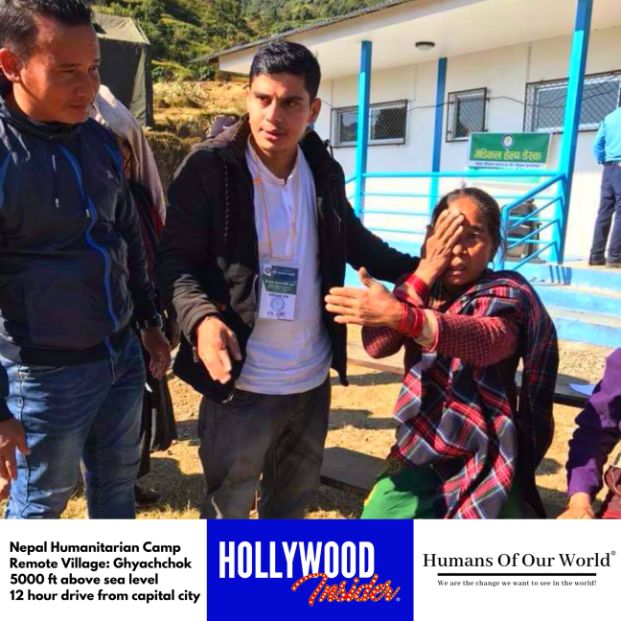 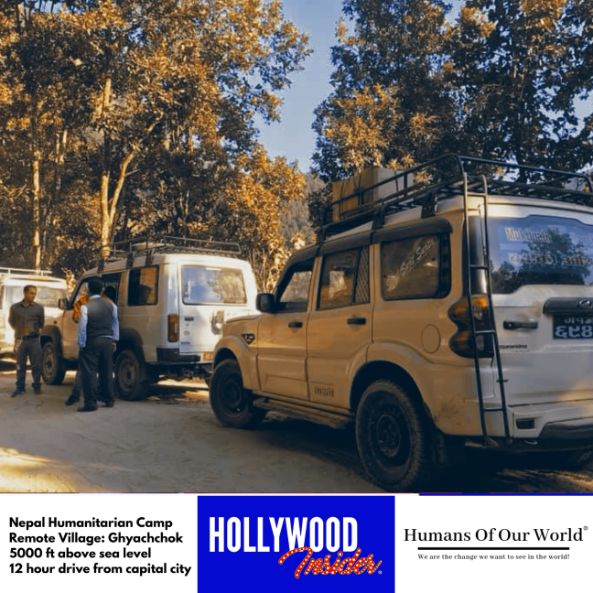 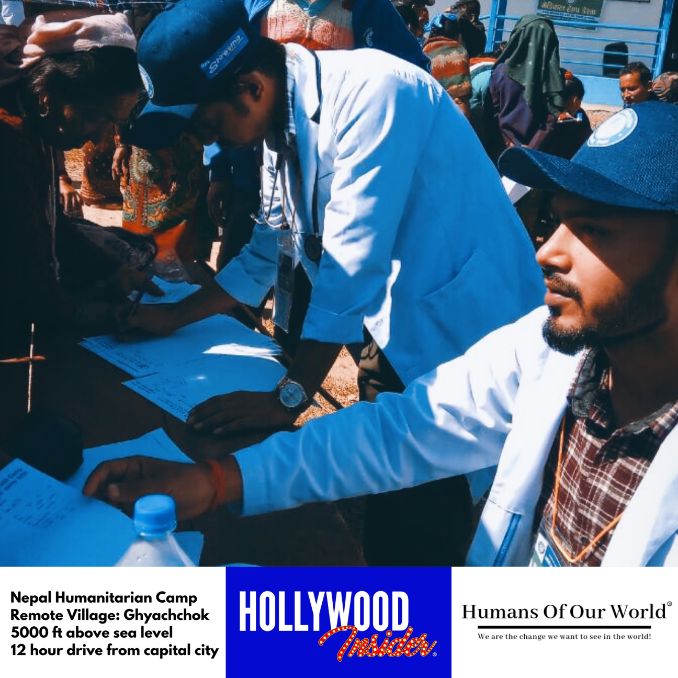 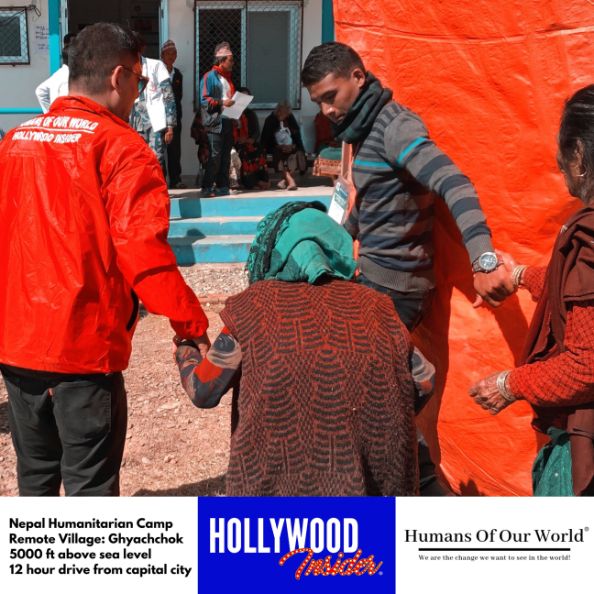 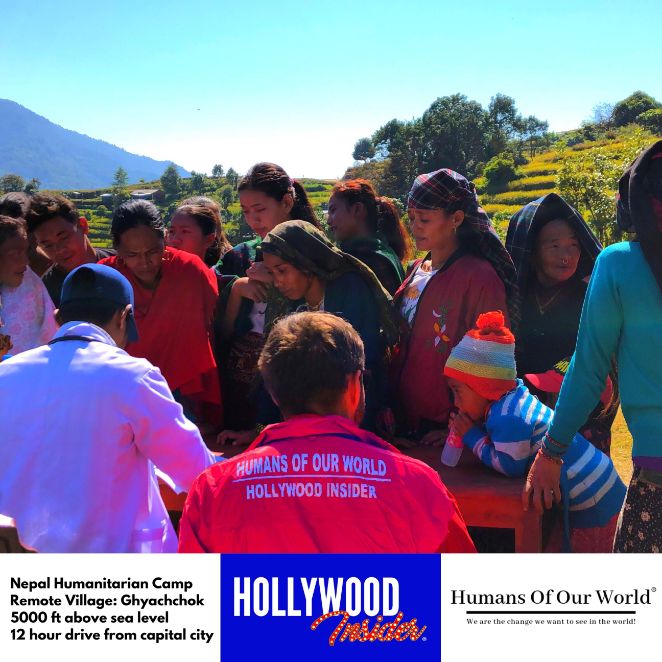 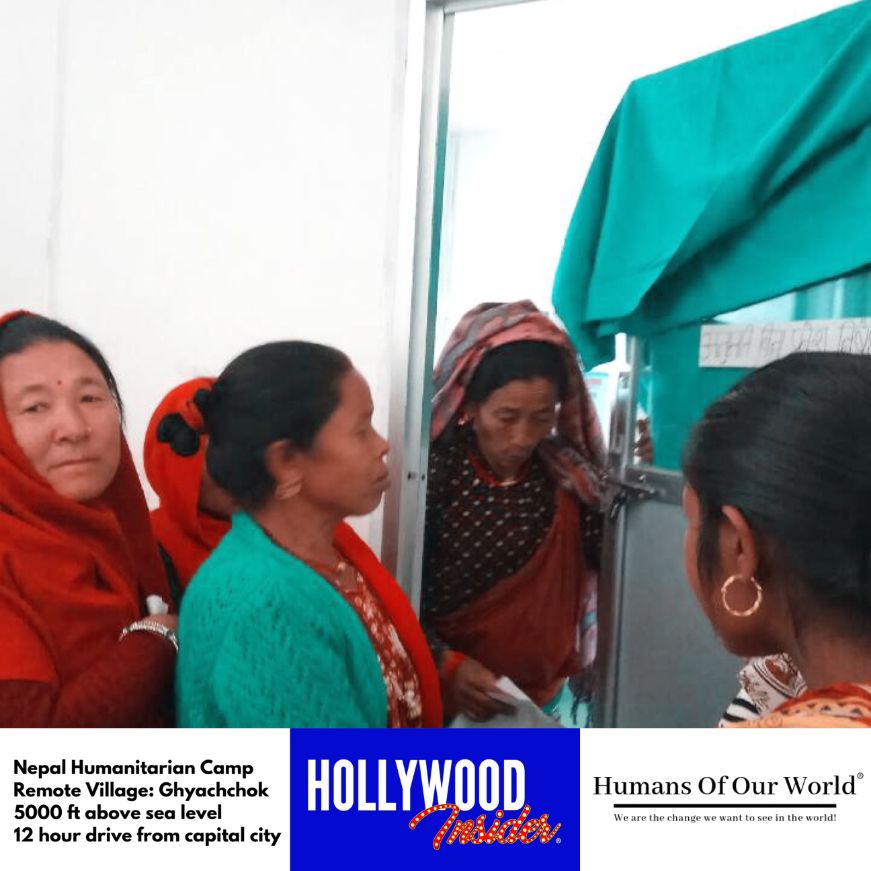 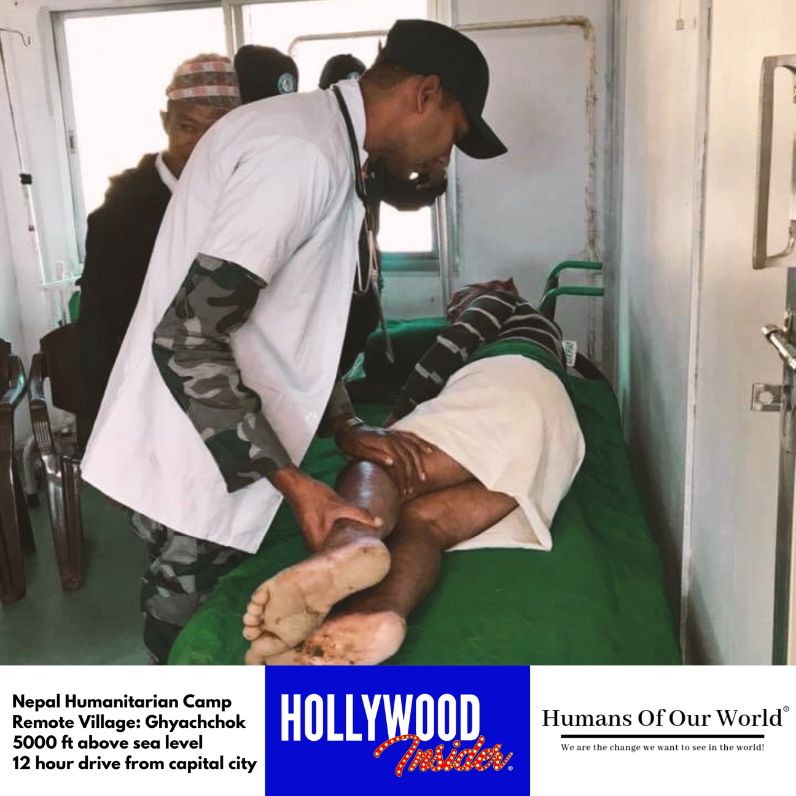 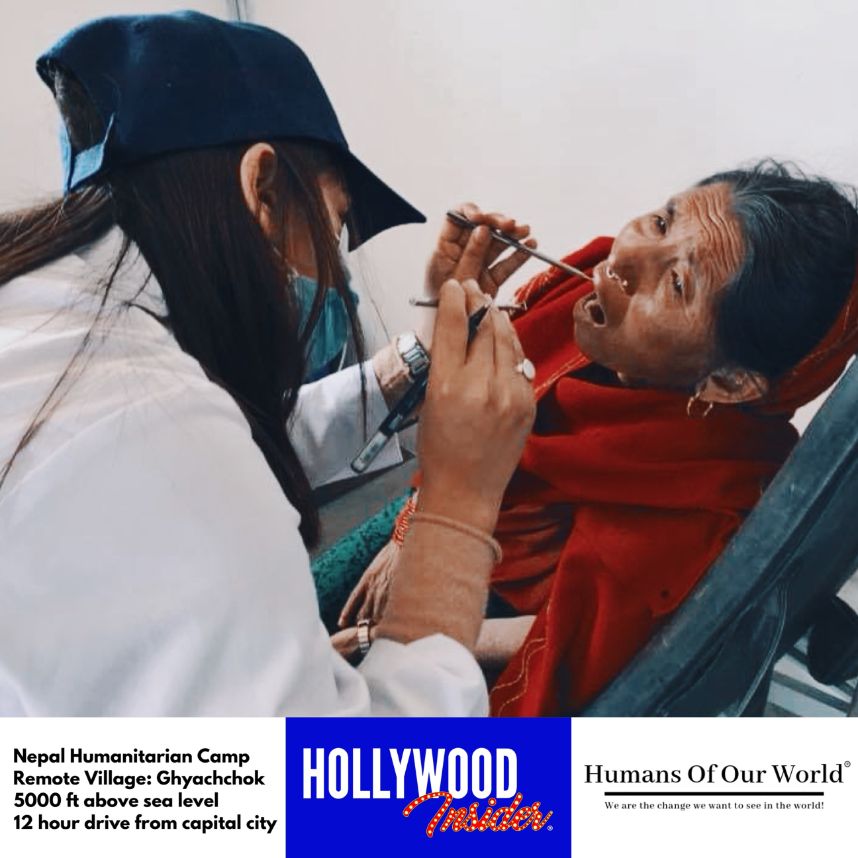 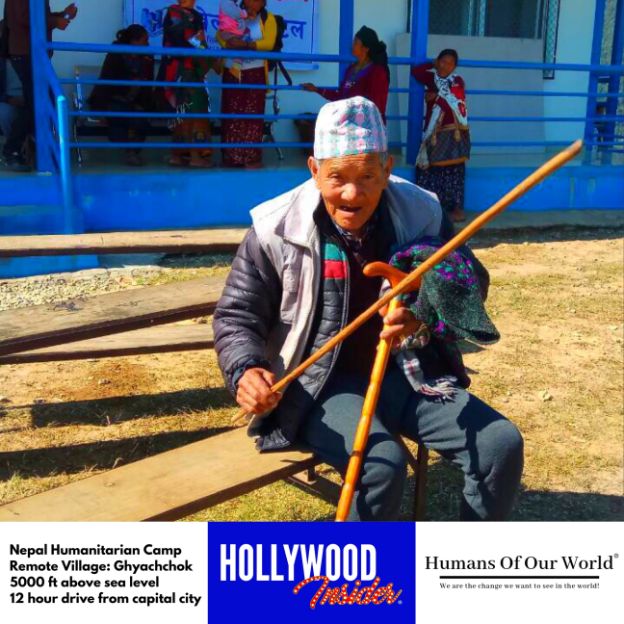 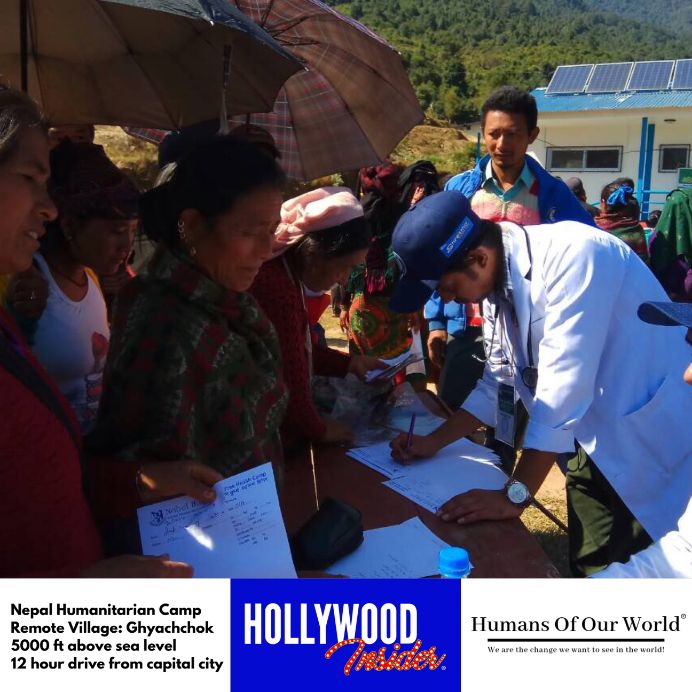 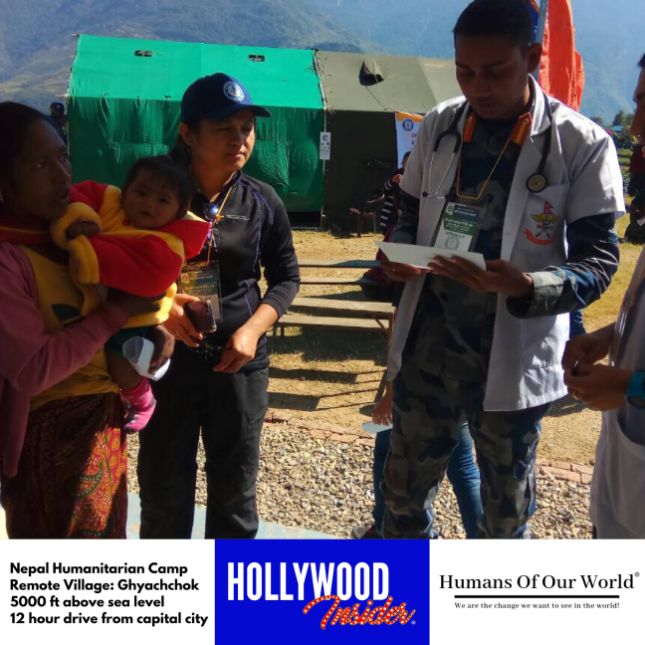 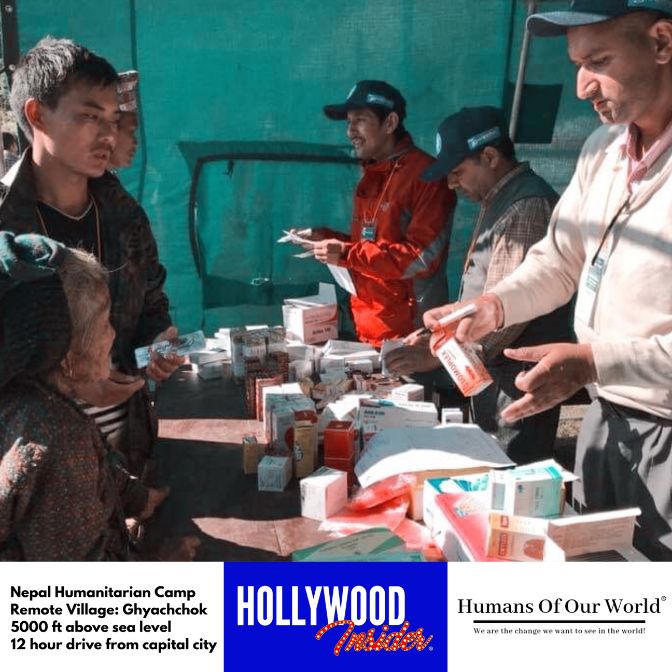 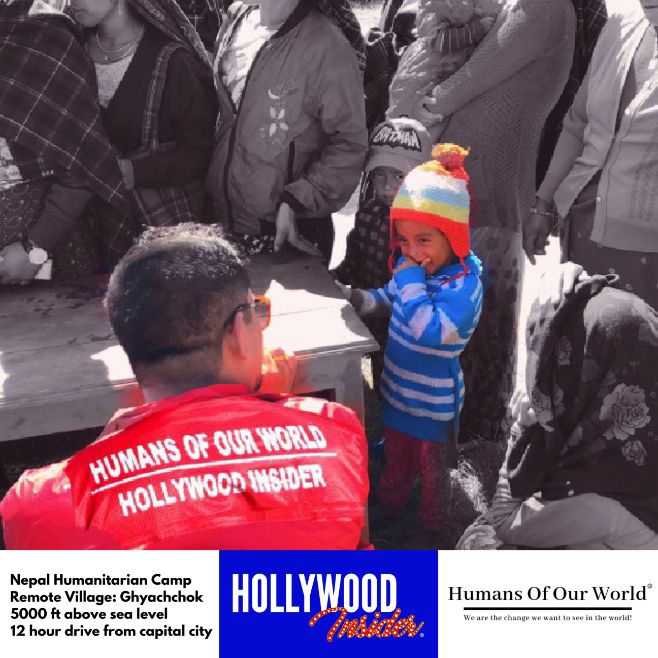 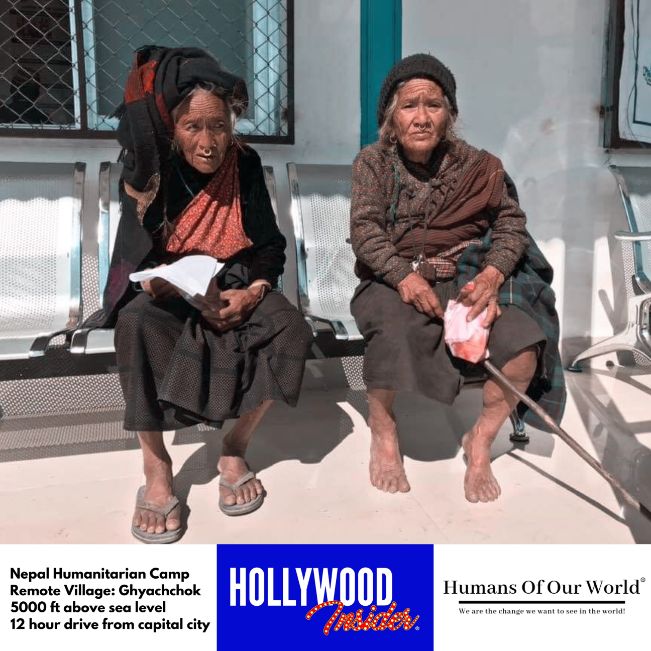 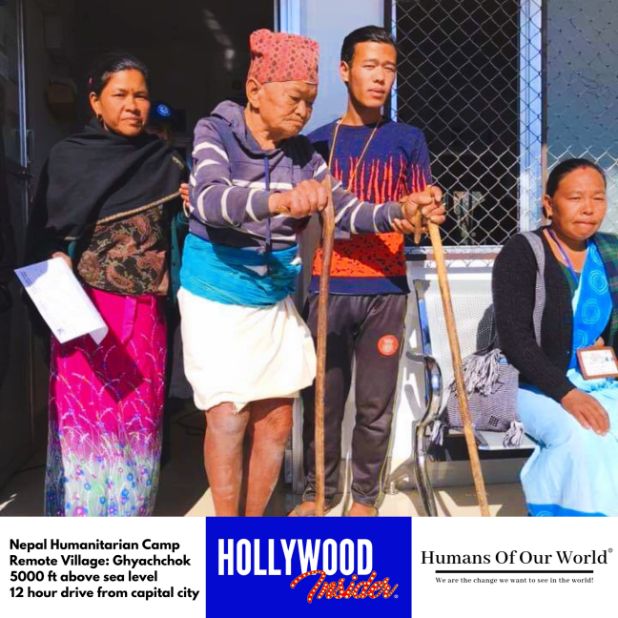 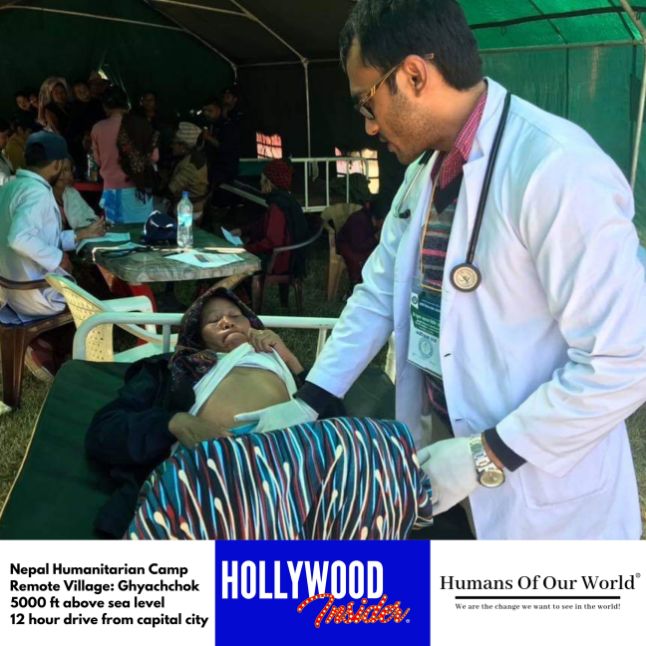 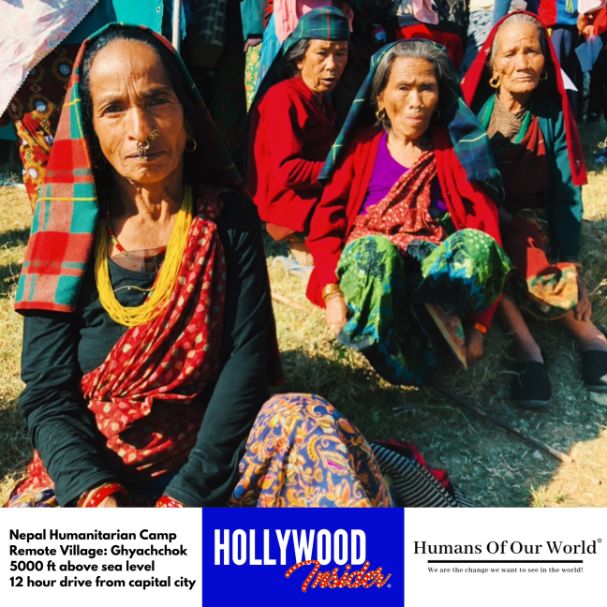 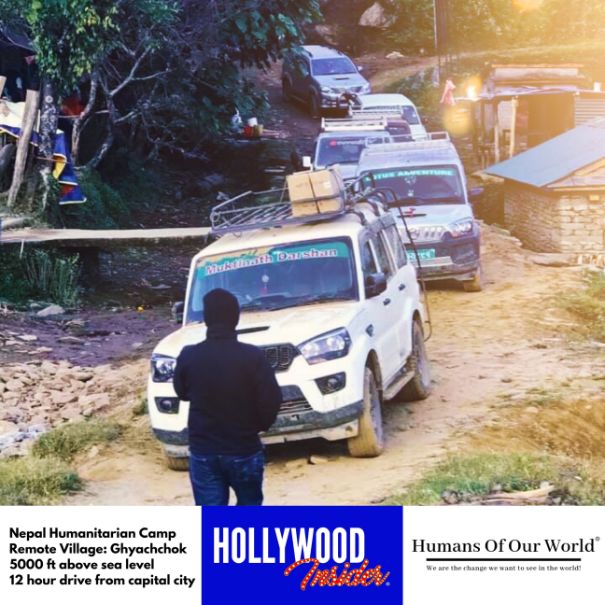 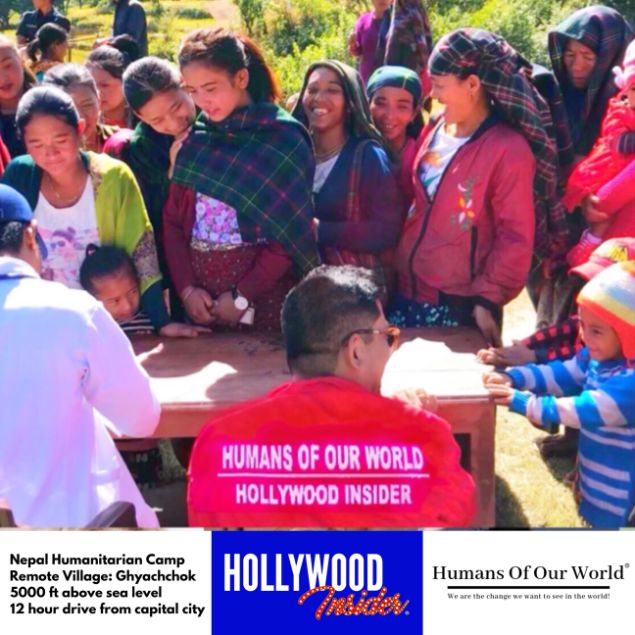 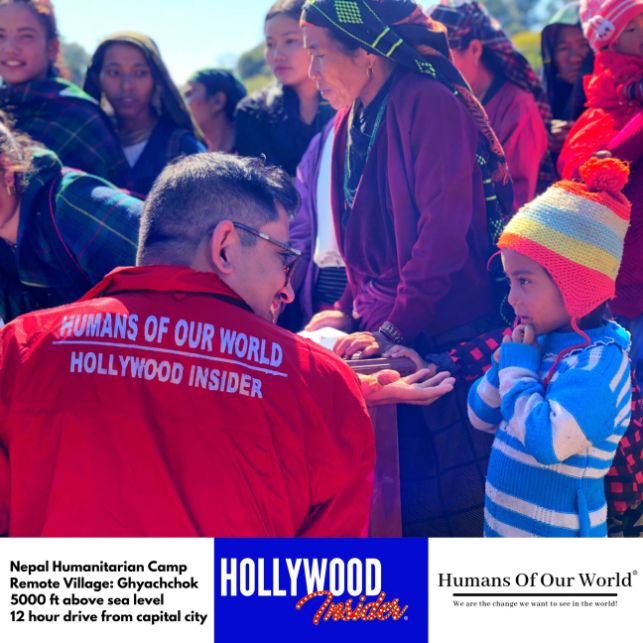 Hollywood Insider Reports: The photos are of residents in a remote village Ghyachchok which is mostly made up of people of the Gurung ethnic community. Nepali people’s clothing, facial features, languages are varied and they differ between the many ethnic groups. Nepal is a multi-ethnic, multi-religious, multi-racial country with hundreds of languages, cultures, cuisines, festivals, dialects and ethnic groups – the country and its people continue to live harmoniously through their rich tapestry of diverse backgrounds.

“Nepal could easily be one of the most compassionate countries in the entire world. Villagers who had lost their homes would offer their last remaining dinner to us.”

A spokesperson for Humans Of Our World Foundation added, “We want the media to be made accountable. Disaster zones are more than just news opportunities. Nepal could easily be one of the most compassionate countries in the entire world. Villagers who had lost their homes would offer their last remaining dinner to us. Some of these remote villages are over 16 hours drive by 4X4 vehicles on tiny thread-like roads on the edges of mountains with 5,000 feet or more drop on the edge. Judi’s support is extremely valued as she has always stood by her beliefs and causes that matter to her as an outspoken humanitarian. Key players from entertainment/cinema/TV industry, music, sports, fashion, can join hands and utilize their platform to make the world a better place. Each of your support for this campaign will matter. Please donate so that we can help the forgotten villages of Nepal. Nepal is one of the seven countries that this campaign includes, with our focus being on hard to access remote villages that are always the last ones to receive support. Remember the forgotten victims of popular disasters.”

Hollywood Insider is a proud and official supporter of Humans Of Our World Foundation.

– When Brad Pitt, Leonardo DiCaprio and the rest of the cast of Once Upon A Time In… Hollywoodbrought glamour back to Cannes