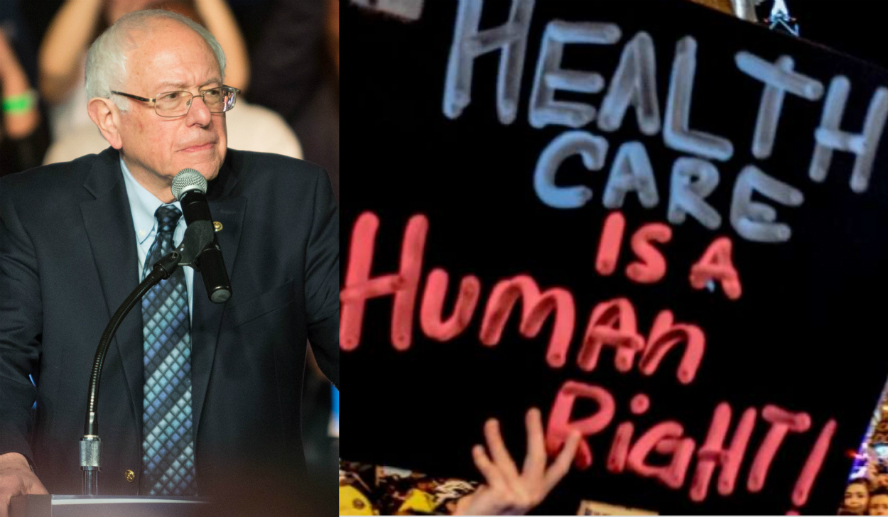 Some messages from the people in America on the question “Do You Support Universal Healthcare?”: 1. Climate crisis activist protesting in front of Trump Tower: “Yes, I believe in universal health care, but I understand that private insurance will always be a part of it because wealthier people can afford it and by the way, between Medicare and Medicaid, we are already 60% there…we have taken a large step to universal healthcare.” | 2. Couple in Central Park: “Everyone should have the right to healthcare, it’s a human right, I feel there is more than enough resources, if we were able to stretch them effectively.” | 3. Media entrepreneur from England: I’m from England, I can tell you right now that my life was saved in England because of universal healthcare that is present in England…All departments in government are never perfect, but universal health care is the kindest one, because it makes sure someone’s life is not on the line because they do not have insurance or because they can’t afford healthcare…” | 4. Student from Connecticut: “Yes, why not? What I feel like that’s such a crazy question, not like you’re crazy for asking the question, but the fact that that’s even a question that’s hotly debated is just ridiculous to me. Everyone should have access to healthcare.” | 5. Doctor from New Jersey: “Yes, I think healthcare should be a right. I think the fact that I see people, pregnant women, babies, who come in and their families are going bankrupt because they cant get care or their babies are sick and they miscarry because they couldn’t get the prenatal care in time. Or that you can be in a situation where you cant afford chemotherapy. I think it would be cheaper and more efficient…I hope we get past this point of not having universal healthcare.”

Season 2 | Episode 4: “Do You Support Universal Healthcare?” Hear as a wide range of people from all over America tell us.

All of us have heard the loud American politicians, their tweets and their slurs – but how many of us have heard what the people/civilians in America think? The democratic presidential debates have happened and the voters are left to think on the important question of would people in USA support universal healthcare.

Do you support universal healthcare? Most of the people in America are nothing like the politicians in America – so it is important to make sure that world sees more of America and its people than just the loud politicians, regardless of them being republican/democract or any other political iteration