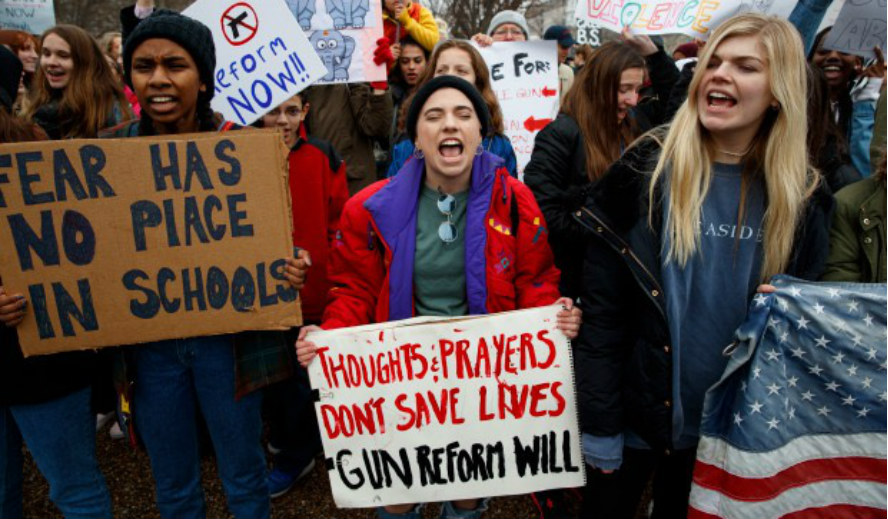 Some messages from the people in America on the question “Do You Support Gun Control?”: 1. Criminal Justice Lawyer: “I personally don’t believe that guns should be legal anyway, but I dont think in the foreseeable future, the U.S. is going to get rid of their guns, because of obvious freedom to bear arms…it’s very fundamental to Americans. I think you should get a lot tighter gun reform…. get licenses and get them off the street.” 2. Couple from New Zealand: “Yes, we’ve just gone through a disaster in New Zealand where 52 people were killed at a mosque attack. Straight away, we’ve got really good gun control as it is, we tightened them up… General public having fully automatic guns, handguns, to us is just ridiculous.” 3. Climate Change protestor: “I believe that the positive side to the second amendment is that we have an armed citizenry and because of that we will never be invaded. No ones ever going to invade this country with an armed citizenry, but I clearly think that guns should not be in the hands of people who cant responsibly use them.” 4. Student from Florida: “Yes, Im from Florida, so I had a lot of friends in the Parkland shooting and I think that it’s important to ensure that people don’t have their hands on weapons, especially at such a young age. I also come from a country where guns were taken away from the people for the mere purpose of not allowing the citizens to rebel against a dictatorial government, so I also understand the opposite side,  but you need to have a balance of both. You can’t just have anarchy and you can’t just have dictatorship. I think a balance of that is gun control.” 5. Physician from New York: “ Im a physician, without a doubt, 100 percent, I could not possibly believe in more gun control having seen teeenageers die, pregnant women die, babies die, children die, being in cities that are plagued with gun violence. I think it’s unquestionable that we should control guns.”

Season 2 | Episode 5: “Do People In USA Support Gun Control?” Hear as a wide range of people from all over America tell us.

Do you support gun control? Most of the people in America are nothing like the politicians in America – so it is important to make sure that world sees more of America and its people than just the loud politicians, regardless of them being republican/democract or any other political iteration