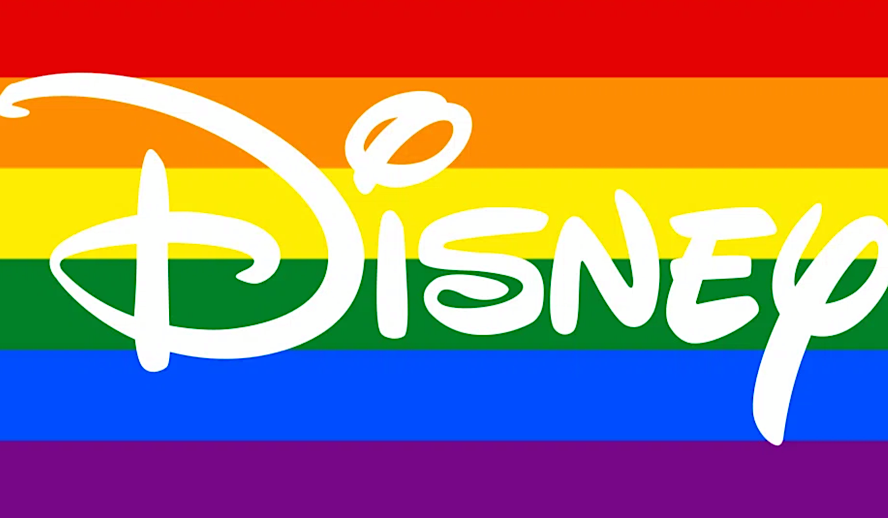 Disney LGBTQIA – The Situation So Far

The Walt Disney Company has taken a conspicuous place in the ongoing turmoil around Florida’s ‘Don’t Say Gay’ bill, as it’s known to those who oppose it. CEO Bob Chapek, after a lukewarm initial response when the bill was on the house floor, faced criticism from within the company as well as from without. Meanwhile, ex-CEO Robert Iger took a bolder stance by retweeting President Biden, who called the bill “hateful.” After a series of internal outcries from Disney’s LGBTQIA community and its allies, which incurred a correspondent series of apologetic memos from Bob Chapek to his staff, Disney released its official statement on the issue:

“Florida’s HB 1557, also known as the ‘Don’t Say Gay’ bill, should never have passed and should never have been signed into law. Our goal as a company is for this law to be repealed by the legislature or struck down in the courts, and we remain committed to supporting the national and state organizations working to achieve that. We are dedicated to standing up for the rights and safety of LGBTQ+ members of the Disney family, as well as the LGBTQ+ community in Florida and across the country.”

Part of Disney’s plan to help in getting the law repealed involved meetings with Florida Governor Ron DeSantis, who chafed at Disney’s outspokenness, and seems less and less likely to want to meet with Disney’s executives. The relationship between The Walt Disney Company and Florida is further complicated by the presence of Disney’s parks in the Orlando area. Disney plans to relocate employees to a new campus in Lake Nona, Florida, across the next year and a half. Disney has even had some influence on local politics, having donated at one point or another to all of the legislators who supported the ‘Don’t Say Gay’ bill. Recognizing this, Ron DeSantis has been insisting that Florida is governed by its people’s interests and not by “California corporate executives.”

Though Disney’s donations in the past were unrelated to HB 1557, it goes to show how deeply entrenched the company has been in Florida, and makes the current situation even stickier.

What Disney Does Is Not the Issue

Florida is not alone in its persecution of LGBTQ+ people. Texas Governor Greg Abbott issued a directive to the state’s youth protection agency to investigate parents of trans children as well as administrators of gender-affirming care to children. This came as a follow-up to Republican Attorney General Ken Paxton’s legal opinion that such care constitutes child abuse. The directive was halted by Travis County District Judge Amy Clark Meachum, and now awaits the results of a trial in July.

The issue of LGBTQ+ rights, and how state governments choose to impede them or not, is bigger than Disney. While it’s true that the changes effected by Disney’s staff serve as an example to anyone looking to make a difference within corporate culture, and that Bob Chapek speaking out will undoubtedly mean something to LGBTQ+ youth in Florida, and nationwide, the personal freedoms at stake are not solely Disney’s responsibility to defend.

Even if you have no connections to the LGBTQ+ community around you (though you almost certainly do, whether you know it or not), and even if you agree with the opinion that teaching children about queerness is inappropriate, state legislation forbidding such education, or using gender-affirming care as a basis for persecution, is ultimately a step in an authoritarian direction.

Who Gains From ‘Don’t Say Gay?’

There are plenty of regulations about what constitutes religious instruction versus education about what a religion is and what it teaches, and I struggle to see why teaching about queerness can’t undergo the same regulation and be allowed in the same way that teaching about religion is allowed. In HB 1557, the only text about that sort of regulation alludes to “state standards” that must be met, which of course have little to say about sexual orientation or gender identity. When the ‘Don’t Say Gay’ bill is held under scrutiny in the lawsuits that will inevitably follow, I imagine this is an area that legal arguments will zone in on.

Public conversation about this bill has mostly been an opportunity for companies like Disney and government employees with voter bases, like Ron DeSantis, to signal which side of the issue they’re on. Now that it’s been signed into law, I wonder who could possibly gain from it?

On the basis of the first amendment, The Supreme Court has ensured protections for public educators, insulating them from things like mandatory prayer. As high as federal law, freedom to teach a secular curriculum has been recognized as an issue of utmost importance. Parents who are so afraid of queerness that they cannot stand for their children to even know what it is are facing a personal problem. Allowing that fear to translate into law is a grave mistake in an authoritarian direction that mostly benefits conservative legislators who want to be reelected.

The Power of Children’s Entertainment

The reason that so much attention has fallen on Disney mirrors the reason that the governors of Texas and Florida have taken such aggressive measures against LGBTQ+ youth. Most parents feel protective over their children, and rightfully so. Kids need to grow and understand themselves and the world around them before making life-altering decisions. The disconnect is a feeling that understanding the world means understanding it as the parents feel it should be, rather than as it is.

The most powerful stories speak truthfully. That’s why shows and movies that have super-diverse casts and no substance ring so hollow. False or tokenized representation is almost worse than none at all. When it comes to children’s entertainment, the common critique of diverse representation is that it equals indoctrination, and could somehow harm the children watching. What sometimes goes unspoken by opponents to LGBTQ+ representation is the belief that being queer is an absolute wrong, which comes more often than not from religious indoctrination, ironically enough. To my mind, media that pretends queer people do not exist is less truthful and more didactic than media that represents the many people it’s meant to entertain.

Children’s entertainment that is not completely vanilla stirs up more controversy than even the most subversive adult features, which only demonstrates the power that it has. Even a show as harmless as ‘Arthur’ met with backlash for simply showing a gay couple onscreen, perhaps the most inoffensive LGBTQ+ representation imaginable.

Realizing the potency of children’s entertainment, shows like ‘Steven Universe,’ ‘The Legend of Korra,’ ‘Bravest Warriors,’ and Disney’s ‘Andi Mack’ have included openly queer characters, and Disney’s Karey Burke has expressed plans to do so in earnest going forward. Luckily for everyone, however conservative or liberal they may be, the companies that produce children’s entertainment are private entities. Unlike the ‘Don’t Say Gay’ bill, the production of entertainment does not infringe on personal freedoms. Children’s shows are not government-mandated materials to watch, which means that the people who most need representation will have it, and those who recoil at the idea of inclusive (read: accurate) representation can opt for something else. ‘VeggieTales,’ perhaps?