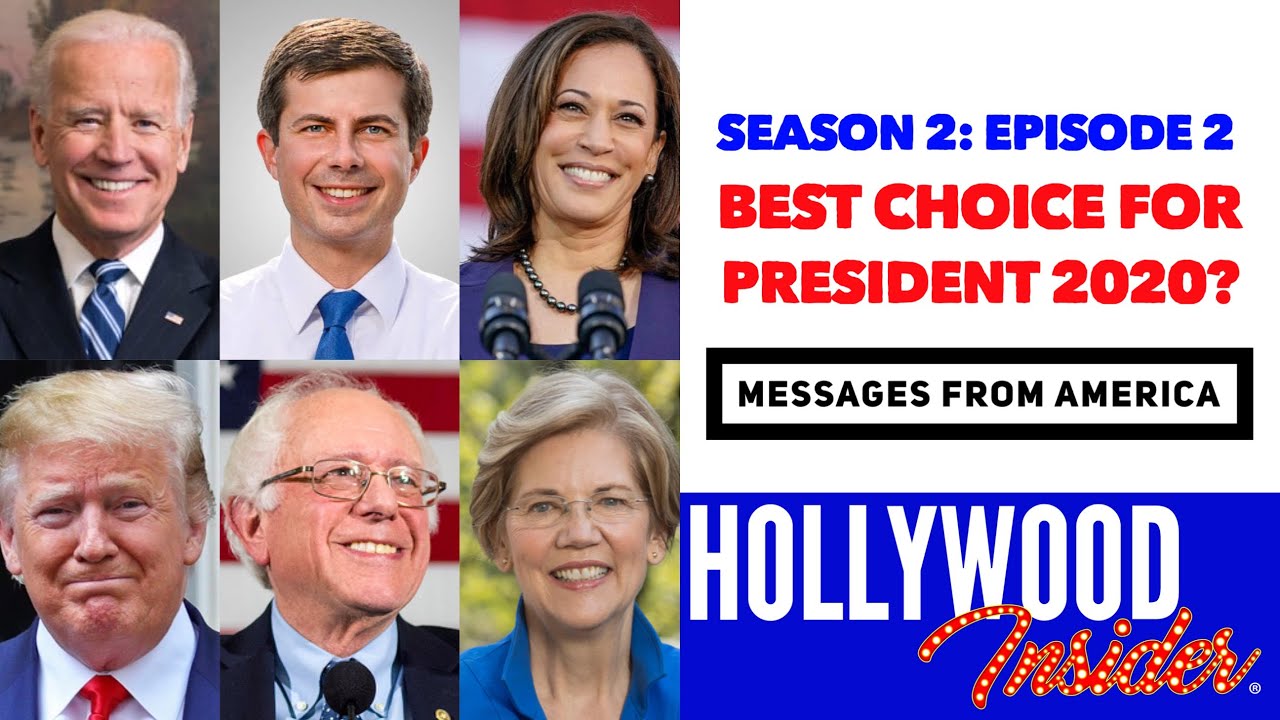 Video: Who Is President For 2020?/Hollywood Insider YouTube Channel

Season 2 | Episode 2: “Who Is President For 2020?” Hear as a wide range of people from all over America decide who or what kind of President they want for 2020?

All of us have heard the loud American politicians, their tweets and their slurs – but how many of us have heard what the people/civilians in America think? The democratic presidential debates have happened and the voters are left to think on the important question of who is the best choice for President of 2020.

Some messages from the people in America are below:

1. A recent journalism graduate from Georgia: “I think the president right now should be someone who is a minority…but not just a minority, somebody that is not in a lower tax bracket, that’s well-versed in society, somebody that has been in the military, I feel like that would be a good president.”

2. A local New Yorker: “Someone who represents diverse America not just in politics, but also in the way they live their lives on a day to day basis. So I want someone who is astute in terms of decision making who does have the political know-how on how to handle the world in America situations but also someone who is compassionate.”

3. A Virginia resident: “Definitely not Trump and someone more logical, trustworthy, and more of a leader.”

4. A Nurse: “I would like to see personally, as a former student, a person that cares about ending student debt. I mean they say we are the future and that they want us to be successful in life. So someone who can help us with debt, gun control laws…somebody compassionate, a humanitarian because there is so much going on where we need peace in this world, not just another jerk who is a celebrity.”

5. Larry the Bird Man: “They should be for the people and not themselves.”

6. New Jersey college student: “Maybe a person who can take their responsibilities more seriously and work towards the people, not only Americans, but also the other immigrants who are here so everyone can work together.”

7. A Connecticut resident: “A woman would be cool, that would be awesome to get a new perspective in there, but anyone who is fair and just and can just help spread positivity and love and honestly a fresh perspective. That would be really good.”

8. An Iowa resident: “I think the next president should be the person who has America’s best interests at heart and best intentions.”

9. An Illinois resident: “I would like a younger person. I think we’ve had enough of in particular, older white men running the country. I think it hasn’t really worked per se – it hasn’t worked to uplift America as a whole, it’s definitely worked for the certain majority of white American men in particular, but there are definitely a lot of groups that are still marginalized and I think a minority, whether it’s a gay person, black, latino or latina would definitely do a good job.”

Who is President for 2020? Most of the people in America are nothing like the politicians in America – so it is important to make sure that world sees more of America and its people than just the loud politicians, regardless of them being republican/democract or any other political iteration