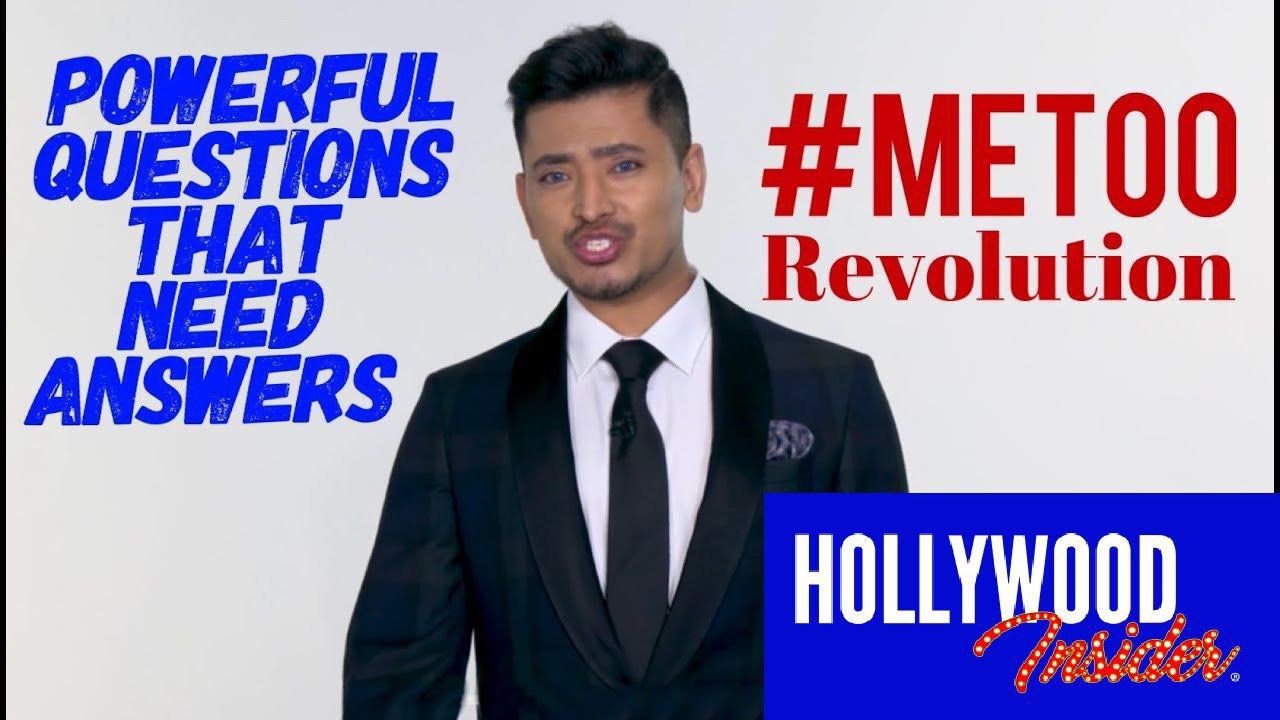 Hollywood Insider’s editor-in-chief Pritan Ambroase: “It is the responsibility of each of us to make sure that this revolution continues until each woman/man can live without fear. Here are my questions in the video for you all to answer and take action. Lets respect the actions take by the courageous ones and make sure that each of us shine so much light around us that there will not be a dark corner for evil to exist where anyone can be preyed upon. Lets turn this negativity to positivity. How can each of us make sure this does not happen to anybody else? Lets right this wrong. Whats next? I want each and every one of us to take this revolution forward into a solution. I want each of us to become the solution. Pledge to be the solution, pledge to never do it yourself, pledge to stop it happening around you, pledge to stand up against it regardless of it happening to you or someone else. The much needed revolution has impacted all, the masses have united in solidarity chanting #metoo from every corner of the world. And the whisper which turned into a scream has taken down an entire institution and along with it the very exploiters that stood invincible for far too long. After long, the masses have once again rattled the thrones of those that abuse the power and privilege of their classes, whether it be inherited or earned. The little people have taken down the giants. Rightly so, it had gone unchecked for far too long. And that industry known as Hollywood/Cinema became the ONE to speak UP for all. Someone had rightly said – media when used right can be the sharpest tool to transform the world. And when that industry that is synonymous with media – decides to band together – it can be POWERFUL and TRANSFORMATIONAL. These questions have been asked to make the viewers think and encourage them to take action against oppression of all kinds. So no one else has to live in fear anymore. For this #metoo revolution to be effective each of us must pledge to speak up and take action against oppression in all industries, in all countries, in every space where darkness dwells. This is the first time in HUMAN HISTORY that a global revolution in such a grand scale has been started against the perpetrators of abuse who have lived in the safety of their powers for far too long. Having a dream should not cost anyone their soul.”

Hollywood Insider focuses on substance and meaningful entertainment, so as to utilize media as a tool to unite and better our world, by combining entertainment, education and philanthropy, while being against gossip and scandal.

– Elite – One Of The Best Shows On Netflix – Dripping With Romance, Important Issues & Gay Couples Being Celebrated

– Are you a huge fan of the British Royal family? Would you like to know REAL FACTS instead of gossip? Here are 15 facts about HRH Prince Charles brought to you by Hollywood Insider’s Fact-Checked Series