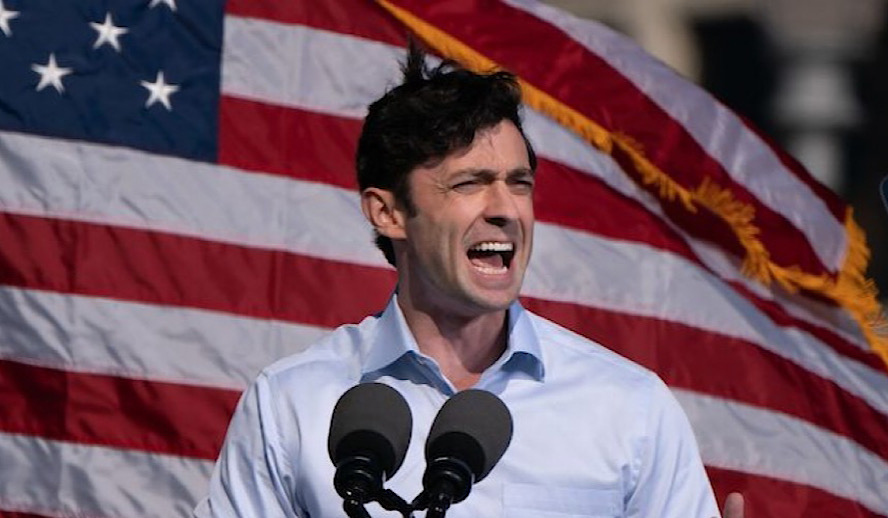 Jon Ossoff’s Race for the Senate

With the 2020 Presidential Election now decided—with President-elect Joe Biden and Vice President-elect Kamala Harris officially securing enough electors for the White House—despite continued and baseless allegations of voter fraud from President Donald Trump and his ardent supporters, all eyes are now cast toward the unprecedented double runoff for both of Georgia’s Senate seats. With the deadline for Georgia voter registration having now passed, both Democrats and Republicans are hopeful for large voter turnouts.

Democrats need two more seats to tie the Senate at 50-50, at which point any deciding Senate vote would fall onto the vice president (who, in 2021, will become Kamala Harris, and would undoubtedly give an edge to the Democrats). Meanwhile, Republicans, who’ve enjoyed a Senate majority, are pushing just as hard to keep this from happening, imploring their supporters to reelect Sens. Kelly Loeffler and David Perdue, with President Donald Trump, Vice President Mike Pence, and other Republicans making appearances at Georgia rallies over the past weekend, urging voters to support the incumbents.

Along with Reverend Raphael Warnock, who’s competing with Loeffler, Jon Ossoff—who’s enjoyed a massive wave of support and popularity, especially on social media—is running against his opponent Perdue, with whom he roughly tied in the regular Senate race.

As candidates on both sides continue to campaign in Georgia, here are some facts about Jon Ossoff—one of the youngest and most popular political candidates in recent memory.

Back in 2017, Ossoff entered as a Democratic nominee in a Special Election race for Georgia’s Sixth District. It went on to become the biggest Congressional race in American history, in which Ossoff narrowly lost by only 3%. Despite his loss, he managed to mobilize the strongest voter turnout in over a decade and secure key endorsements from all around Georgia—including one from the late Congressman John Lewis.

#2 John Lewis Was His Inspiration

Ossoff’s interest in politics first grew after reading Lewis’s autobiography at the age of seventeen, inspiring Ossoff to reach out to the congressman for a job, which then led to an internship at Lewis’s office in Washington. Ossoff’s philosophy and worldview were reportedly profoundly shaped by Lewis.

Ossoff currently stands with an impressive Twitter following of 600,000+ users, with support ranging from celebrities, politicians, and democratic voters hoping to turn the Senate blue in 2021.

#5 He Raised a Whopping $8.3 Million for the Senate Race

Outraising “more than quadruple” the amount of the next-best fundraiser Republican Dan Moody, Ossoff amassed the staggering sum from mostly passionate liberal donors. The donations served not only as support for Ossoff’s progressive ideals but also as a message toward President Trump and like-minded Republicans.

#6 He’s Been Compared to Barack Obama

Despite his campaign slogan, “Make Trump Furious,” Ossoff comes off as a most deliberate and calm candidate, his style reminiscent of former President Barack Obama’s, which likely attributes to his wide appeal among young voters and progressives.

Prior to his career in journalism and media production, Ossoff worked as a national security aide for Georgia Congressman Hank Johnson, where he specifically handled defense and economic policy. (Via ballotpedia.org.)

#8 He Has an Impressive Education

If he wins his race against Sen. Perdue, Ossoff would become the youngest member of the U.S. Senate since 1981 (the title in 1981 is held by Republican Senator Don Nickles, with Democratic Senator Joe Biden holding it in 1973 before him).

#10 He Recently Debated an Empty Podium

Leading up to the Dec. 7th Georgia voter registration deadline, Democratic challenger Ossoff arrived at his scheduled debate with Republican incumbent Perdue only to find himself debating next to an empty podium—Perdue declined to participate in the debate ahead of the runoff election and later criticized Ossoff’s solo performance. During the debate, Ossoff spoke with the moderator and directly to the American people, stating:

While the aspiring candidate has a good shot at winning the Senate seat, the country will have to wait until Georgia’s final elections on January 5th to see if Jon Ossoff and Raphael Warnock can secure their wins, and effectively help the Democratic party gain the Senate majority.