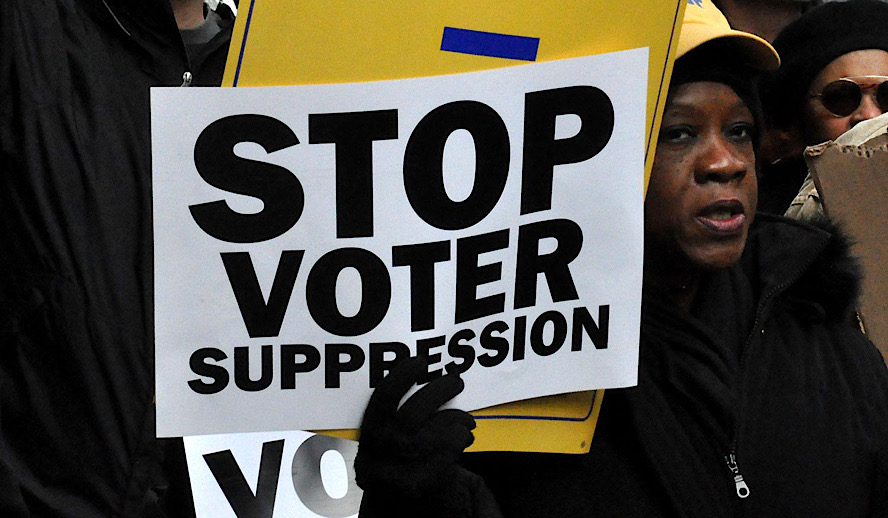 With the coronavirus pandemic making all aspects of life uncertain, voting has been a hot-button issue. As a right that all American citizens have, voting is a fundamental form of life here in the United States. Election Day, November 3rd, is rapidly approaching, and some Hollywood companies have decided to make it a paid holiday to ensure that their employees can vote or volunteer at polling places. This is an important step towards hopefully making Election Day a paid holiday for all people, and removing hurdles that are in place to suppress the votes of so many citizens who should be allowed to cast their ballots.

The question of whether November 3rd should be a paid leave holiday has been an ongoing issue for years. There are currently 10 federal holidays that are generally associated with paid time off: New Year’s Day, Martin Luther King Jr.’s Birthday, Washington’s Birthday (President’s Day), Memorial Day, Independence Day (4th of July),  Labor Day, Indigenous People’s Day (previously known as Columbus Day), Veterans Day, Thanksgiving Day, and Christmas Day. Furthermore, Inauguration Day is also a paid federal holiday, taking place every 4 years. Many argue that Election Day—the day when every American citizen casts their ballot for who they wish to be the next president of the United States—should also be included in the list of federal holidays. This belief has been bolstered by the announcement made by various Hollywood companies that beginning this year November 3rd will be a paid holiday.

OWN (the Oprah Winfrey Network), AMC, Verve, A3, Legendary, Chernin Entertainment, Village Roadshow, Untitled Entertainment, Blumhouse, Bad Robot, ICM Partners are the most notable companies that have made Election Day a paid holiday.

In an Instagram post announcing the paid holiday for her employees, Oprah Winfrey stated, “This will give my team the necessary time to put on their masks, get to the polls, cast their ballots, and volunteer. I challenge other companies to do the same because this might be the most important election of our lives.”

Today marks the 100th anniversary of the 19th Amendment, which gave women – although not all women – the right to vote. In honor of those who fought and continue to fight for our rights, I’m announcing that November 3rd, Election Day, will be a company holiday at @owntv. This will give my team the necessary time to put on their masks, get to the polls, cast their ballots, and volunteer. I challenge other companies to do the same because this might be the most important election of our lives. Together we can overcome all obstacles in order to exercise our right to vote. Follow @ownyourvote for more updates this election season ??????

The Importance of Volunteering

Not only is it often important for people to be able to take the time to possibly stand in long lines waiting to be able to vote, but it is also necessary for volunteers to have the time to serve as poll workers. This year, due to coronavirus, many states have opted to predominantly use mail-in ballots. However, some states are not allowing for this exception. Since many poll worker volunteers fall into the older age bracket, there is an increased risk were they to catch the coronavirus, meaning that many of them will most likely choose to stay home instead of risking their lives to volunteer. Thus, there may be a shortage of poll workers come Election Day.

The companies who have established Election Day as a paid holiday have stressed the importance of volunteering, expressing their hope that their workers can take that day off to make a difference. In a statement to Variety, Verve explained that “We want to encourage our employees to vote and have their voices heard and engage in the democratic process, whether that is by voting, volunteering at a polling place or supporting someone else’s right to vote by taking them to a polling place. Actions that should be able to be taken without it affecting their paycheck.” Furthermore, ICM Partners CEO Chris Silberman announced that he wants to focus on “encouraging our young and able-bodied workforce to volunteer as election workers.”

One of the rights, guaranteed to all Americans in the United States Constitution, is the right to vote. However, this is a right that people often do not utilize because they either believe their vote doesn’t matter, or it is just too difficult for them to vote due to immense lines or work. Making Election Day a paid holiday would take away one of these hurdles.

It often takes just one company or group to start a domino effect that continues. With these companies taking the foundational steps, they are setting the tone for a future that will ensure every American can cast their ballots without having to sacrifice their paycheck to do so. Setting a precedent is one of the ways that Election Day could be made into a holiday among other businesses. It often takes a few trendsetters to make others follow.

Visit vote.gov to register to vote or to view voting and election resources. Every vote matters; YOUR vote matters!