The Saturday Night Live Politics: An Analysis of SNL’s Extraordinary Relationship with History 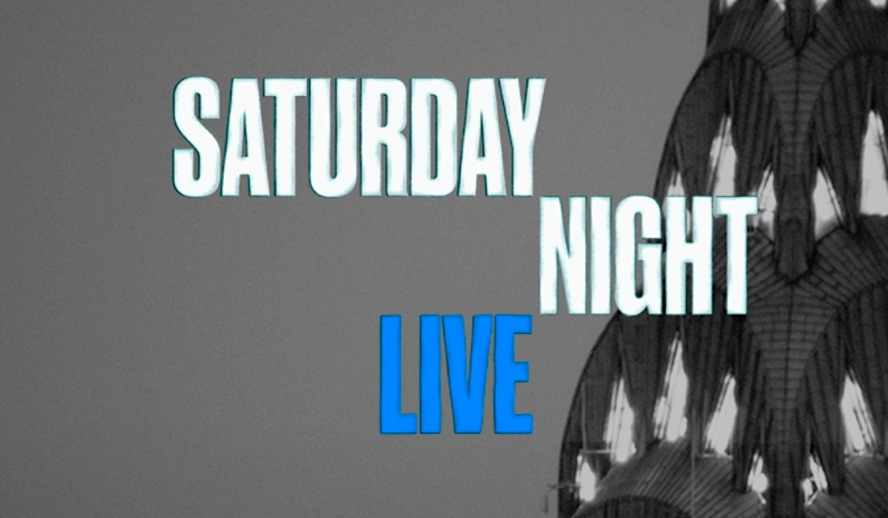 In the midst of an election cycle that grows more puzzling and convoluted by the hour, only one trusty source holds the key to making sense of politics today, Saturday Night Live. News outlets aside, SNL has proven itself to be one of the most effective programs in terms of conveying the current events of politics to the masses. While the veracity of the comedy show’s politically oriented sketches is up for debate, as the series reasonably values laughs over history lessons, the influence Saturday Night Live has on the political ideology of its audience is indisputable. Over the past years, SNL has cleverly trained its audience to tune in and see how stars like Kate McKinnon and Kenan Thompson will tackle whatever absurd antics Trump delivered in the news that week, fundamentally establishing Saturday Night Live as a cog in the political media machine we all know and “love” today.

Although recent popular impressions like Alec Baldwin’s Trump and Maya Rudolph’s Kamala Harris are beloved by fans and acclaimed by critics, many are unfamiliar with the root of SNL’s political satire that led to the show’s current prosperity. Saturday Night Live has been spoofing presidents and political events since its debut in 1975. In the mid-70s the United States was in a similarly bleak condition as President Nixon’s Watergate scandal completely flipped the public’s perspective of presidents as well as politics altogether. With Nixon freshly impeached and resigned, Saturday Night Live premiered in the middle of a national identity crisis. SNL brought with it a much-needed levity to American politics that was much more palatable and engaging for the public.

The History of SNL

President Gerald Ford began his term in office in 1974 and was ripe for mockery by the time Saturday Night Live made its way onto American television screens the following year. The onset of SNL’s hallowed legacy of distinguished political caricatures arrived with Chevy Chase’s impression of President Ford. Although the sketch series was not created with the intention to spark political discourse, the comedic potency of Chase’s Ford impression proved too entertaining to discard. Chase portraying President Ford as a dimwitted, disoriented commander in chief along with co-star Dan Akroyd’s popular imitation of President Jimmy Carter, worked wonders for the show’s ratings and the pair had unknowingly established a precedent for SNL’s relationship with bureaucracy.

In his book Live From New York: The Complete, Uncensored History of Saturday Night Live, author James Andrew Miller discussed the magnitude of Chase and Akroyd’s impressions. The pair of performances were “so dead-on in terms of their impersonations that it just instantly built [SNL’s political] credibility,” Miller says. “If Chevy hadn’t been as good with Ford, and Danny hadn’t been as good with Carter, I don’t think SNL would have rocketed off in terms of political satire and impersonations the way it did.” Not only did Chase and Akroyd’s impersonations prove the popularity of political sketches on SNL, they also demonstrated the influence these performances had on public opinion of politicians. While Saturday Night Live is not solely responsible for Ford’s defeat to Carter in the 1976 presidential election, Chase’s clownish portrayal of Ford did not do the incumbent any favors. Reflecting on the matter, Chase commented, “[Ford] even mentioned in his own autobiography it had an effect over a period of time that affected the election to some degree.”

While the bar set by Chevy Chase’s Ford era was an intimidatingly high one, the successors of this political legacy did not disappoint. During the Reagan administration of the 1980s, SNL cast Phil Hartman, a master in the art of impersonation. Although Hartman did not take aim at offending President Reagan’s reputation, his performance as the 40th president was hilarious enough in its own right to be beloved by fans of the show without any political agenda. Dana Carvey’s impression of the following president, George H. W. Bush, turned out to be the next revolutionary caricature for the show. Portraying President Bush as a goofy and somewhat inarticulate leader, Carvey’s performance was a clear standout that even Bush Sr. was a fan of. Miller shared, “[Carvey and Bush] had several appearances together! Bush would laugh at it, so I don’t think that was mean in any way.” Other memorable impressions over the years include Darell Hammond’s suave Bill Clinton and Will Ferrell’s childish George W. Bush. SNL started to hit a bumpy road when it came to the impersonations of 2008’s presidential candidates, Barack Obama and John McCain. Neither candidate proved to have enough material to turn into a compelling character; luckily, Republican running mate Sarah Palin proved to be an immeasurable gift for the late-night comedy show.

Tina Fey had just left Saturday Night Live at the time of the 2008 presidential campaign; however, she became an asset to the show during the Obama-McCain race due to her career-defining impression of Sarah Palin. Palin made a name for herself during the election cycle with her wacky one-liners such as the unforgettable, “I can see Russia from my house,” a line actually made famous by Fey. Vice Presidential candidate Palin provided a wealth of material for Tina Fey and the SNL team to satirize. Appearing several times in the season, Fey’s Palin was a sensation in pop culture that is referenced to this day. This saved the show from its lackluster Obama and McCain portrayals and secured Saturday Night Live’s aptitude for political comedy.

SNL In The Age Of Trump

Off the heels of a humdrum 8 years of Obama’s administrations, Saturday Night Live won the jackpot in the way of the 2016 election cycle. The race between Donald Trump and Hillary Clinton was one of the most polarizing and rousing in recent memory as it was filled to the brim with scandal, name-calling, and unrelenting twists and turns. Trump’s performance as a presidential candidate was unlike anything seen in history before and many looked to how SNL would convey the unprecedented election year as the 42nd season premiered on the 1st of October. Alec Baldwin was ingeniously cast as Trump, this caricature focused on Trump’s brash and immature side, often referencing specific events from his campaign such as the infamous hovering of the second presidential debate. Kate McKinnon took center stage as her Hillary imitation was oriented around the candidate’s controlling and generally disagreeable nature.

While the show would make it subtly clear that they believed Clinton was the more dependable candidate, Trump himself actually hosted Saturday Night Live during his 2016 campaign, seemingly in an attempt to make the show appear less biased; however, Trump hosting made SNL vulnerable to the criticism of those who found Trump to be a danger to American democracy. It is unclear exactly what role the sketch comedy series played in Trump’s ultimate victory, but Kate McKinnon’s solemn performance of Leonard Cohen’s “Hallelujah” following the election results identified SNL’s grievance.

During the years since Trump’s inauguration, Saturday Night Live has been holding the current administration’s feet to the flames, constantly mocking the president’s gaffes along with other absurdities that have transpired since 2016 including Putin’s relationship with Trump, impeachment, and the career of Kellyanne Conway. This has all culminated in one of SNL’s brightest eras, the Trump administration has provided a wealth of content for the show to satirize and Baldwin has continued to stun with his Trump impersonation, going on to winning an Emmy for it.

As this year’s election cycle plays out, Saturday Night Live has found new success in Maya Rudolph’s Emmy winning Kamala Harris imitation, along with other notable impressions such as Larry David’s Bernie Sanders and Jim Carrey’s Joe Biden. The greatest shift in SNL’s stance on political satire has become apparent this season as they are decidedly anti-Trump. Consistently painting Trump as chaotic and a nuisance to the nation, the sketch show is all but pleading for its audience to vote for Biden. This is a controversial decision for the show to make; however, it does not appear to be hurting them as this season has seen record ratings. Overall, though it remains unclear who will win the presidency this November, what is clear is that Saturday Night Live will continue to reign as the supreme source for political satire, a feat historic in itself.