‘Crack: Cocaine, Corruption and Conspiracy’ – A Deeply Impactful Documentary About A Drug That Ruined the Lives of Millions 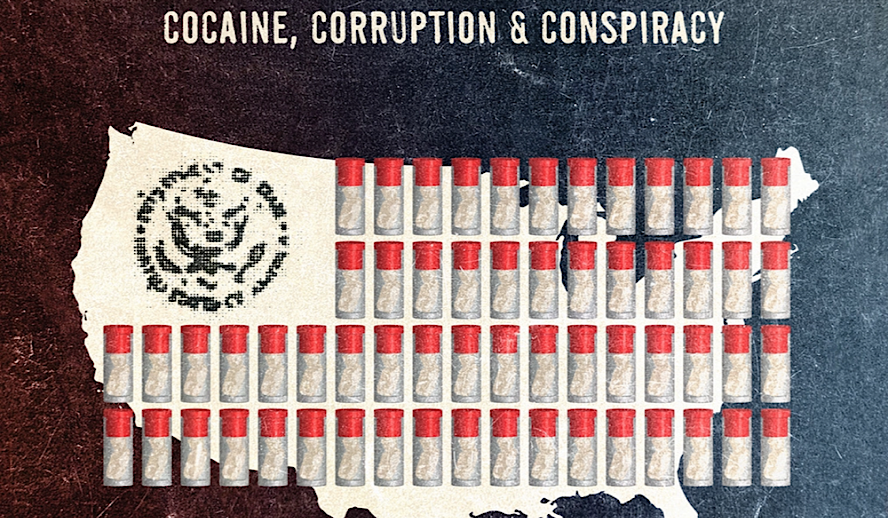 Netflix’s ‘Crack: Cocaine, Corruption and Conspiracy’ provides impressively structured but distressing insight into the heart-wrenching and startling world of crack/cocaine, and the millions of lives it tragically impacted. Stanley Nelson employs solid pacing and compelling interviews with people whose lives were heavily impacted by crack/cocaine, along with scholars on the subject. He never shies away from the grim subject matter and includes horrific footage of the bloody realities that the crack/cocaine world fostered over a period of time accompanied by the interviewees’ commentary of their direct and indirect experiences.

Related article: Drugs and Alcohol: Preventative Measures and Help Must Be Provided to Young Stars from the Start of Their Career

The dark realities that society often attempts to shy away from only grow when not addressed appropriately. Not understanding the problem then trying to fix it only makes it worse, which is ultimately the startling underlying truth behind the devastating effects of the war on drugs. By letting the people who actually experienced the ups, downs, highs, lows, rewards, and brutalities in the crack/cocaine world speak about the drug and its history itself, along with the inclusion of key historic moments, footage, and people surround it, and a clear masterful grasp on the craft of objective documentary filmmaking, Nelson knocked it out of the park with this documentary. Not only is it a must-watch, but this documentary is culturally and historically significant, and should be talked about, and used to defeat the combative horrors of drugs,  for years to come.

Nelson exemplifies the grave expansion of crack through high-profile cases such as the tragic burning incident with Richard Pryor, who was a known substance abuser when he set himself on fire while freebasing cocaine, which is mixing cocaine with ether. The first team all-American University of Maryland basketball player, who had dreams of playing for the Boston Celtics, Len Bias, is also brought up in the documentary as an example of the ripple effects that crack/cocaine was causing amongst major celebrities and athletes. The star basketball player had a lot of potentials, and even threw Michael Jordan for a loop during a game, then was later drafted to his dream team, the Boston Celtics, at the end of his college career.

The night after he was drafted, Len Bias tragically died from a heart attack that was later connected to crack/cocaine usage through an autopsy. These were just a few of the famous heart-wrenching stories pertaining to crack/cocaine that ultimately kickstarted the movement to bring awareness to the drug crisis and find ways to help it rather than attacking it. For every few infamous tragedies that came into the public eye, there were millions of non-famous people who suffered from equal or worse misfortunes.

The Sad Reality of the Corruption and Conspiracy Behind Crack/Cocaine

The film justifyingly aims disappointment at the Ronald Reagan and George Bush Sr administrations, along with the proceeding presidents, but especially the two in power during the crack/cocaine epidemic. The war on drugs campaign targeted Black people and urban neighborhoods that were already suffering from a racist, unjust economic, and sociopolitical country. The film points out that law enforcement was even involved in the using and dealing of crack/cocaine, and was even on the payroll of some of the more successful dealers. Jaw-dropping information is revealed, and it’s bone-chilling to look back in hindsight at how wrongfully handled the crack/cocaine issue was, and how the most powerful people in the United States were focused on the wrong things, even international affairs, rather than their own citizens. The film uses credible sources, including video evidence, documentation, and insider interviews to support its statements, and frankly, lets facts speak for itself while providing a narrative that makes a strong impact.

By utilizing culturally referential songs like Run DMC’s hit ‘It’s Like That’ and the profoundly influential Grandmaster Flash and the Furious Five’s ‘The Message’, Nelson intelligently ties in what was being conveyed in rap songs also taking place in real-life, with the clarity of hindsight linking the two in a comprehensible manner to the audience. There are many moments where the viewer hears a lyric connects to the footage being shown – and the songs are often from the time periods of these events – and realize they overlooked the true meaning behind the lyric, and these incredible artists and rappers were addressing this very real issue that the people in power wouldn’t earnestly and appropriately acknowledge nor help with.

This strategy of including pop culture references that would familiarize viewers with the subliminal message people that didn’t suffer from the crack/cocaine epidemic is used cleverly by Nelson, and strategically heightens the reality that crack/cocaine did so much damage, and even impacted the icons we love. It’s another trait that makes this documentary amazing; the digger you deep into it, the more amazing you realize it is.

‘Crack: Cocaine, Corruption, and Conspiracy’ is, at its core, a powerfully delivered, unbiased message about a horrific epidemic that negatively impacted the lives of millions. It was a crisis, and there’s no easy way to capture the horrors faced during that time, and even in the present, from such an immensely addictive drug, but Nelson does it wonderfully. Through stylistic choices such as rhythmic pacing, excellent footage that strongly conveys the message the director intended it too, with a great accompanying musical score that also ties in with the theme of the documentary, Nelson created an incredibly moving documentary.

This is an award-worthy documentary, and it’s no surprise it’s bull-heading through Netflix’s trending list. It’s not one anyone will want to miss, and even though it’s as informative as it is entertaining, the historic validity, significance, and on-going relevance of the subject matter are necessary for everyone to know. The message delivered in this documentary is a universal one that everyone can learn from. We at Hollywood Insider highly recommend this wonderful future and support Stanley Nelson.