On the Life of Kamala Harris (Vice President-Elect), the Strongest Medicine We’re Ready For 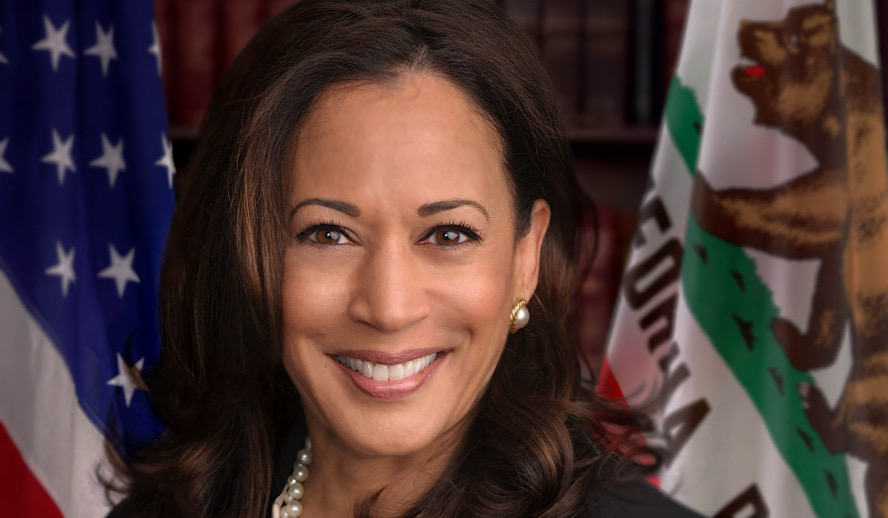 “The country is raw. America has never fully addressed the systemic and historic racism that has existed in this country”. These are the passionate words of Vice President-elect Kamala Harris, protecting an anti-lynching bill on June 4th, the same day of George Floyds funeral. Harris is more right than most Americans know; our country is so raw it may never fully heal the lacerations centuries of discrimination have left on every region of its body.

Kamala Harris is the first of many things, but most recently, she’s become the first Black woman and Asian American to be elected Vice President of the United States. This fact is not a coincidence either; four years of devise rhetoric, policy, and failed leadership have led our country to unprecedented contemporary troughs. Harris’s emergence comes out of not only a place of need in America but also as a result of the profound qualifications born primarily and uniquely from the extenuating circumstances of the BIPOC female experience.

The Ebbs and Flows of the Life of Kamala Harris

Kamala Harris came out of the room protesting; “after she was born, her parents took young Kamala along to protests in a stroller” (Politico). Born to an Indian mother, Shyamala, and Jamaican father, Donald Harris, her parents immigrated to the United States to obtain doctoral degrees from The University of California Berkeley. Her mother studied endocrinology and nutrition, while her father pursued a degree in economics. As they both attended University in the 60s, the two found themselves in the kindlings of an ever-growing civil rights movement. In observing the path of her parents, it’s clear to see how precisely someone like Kamala can come to be.

Kamala studied political science and economics at Howard University, earning her B.A. in 1986. She’d subsequently earn her law degree from Hastings College in 1989. Kamala is thus the first Vice President to attend a Historically Black College or University. Howard University has been called a “Mecca” for Black students by influential Black voices like Ta-Nehisi Coates (‘Between the World and Me’). Not even the Obamas can sport an HBCU in their education as they both attended Ivy Universities instead.

This time of her career was the most controversial, and in this time we find her biggest weakness coming into the presidential race. This position would earn her the nickname Copala. During her time as District Attorney, Kamala was known to be incredibly reserved. While on the surface she fits the bill of a “progressive” District Attorney, when you look at the facts it all comes out to be hot air.

San Francisco’s conviction rate jumped from 52 to 67 percent in just Kamala’s first three years as District Attorney. During her time as District Attorney, she was a part of the truancy controversy, which fined or imprisoned parents for their child’s absence at school. As a child of a single mother with two kids I was late just about every day to school. If we lived in California, my mother would likely be in jail under Kamala’s administration for the crime of being an impossibly busy single parent.

And this is just the tip of the iceberg for Kamala’s controversies as District Attorney. Michelle Norsworthy was a transgender inmate “incarcerated in a men’s prison facility despite her objections. Kamala Harris continually appealed the court’s decisions- effectively denying her the healthcare and human decency that she is owed” (Medium). This instance, along with over 1500 cases of predatory practices towards non-violent drug offenders, a refusal to support two ballot measures to end the death penalty, a refusal to support the legalization of marijuana, and an opposition to reforming California’s three-strikes law, begin to shape the career of a woman who had the power to fight for change but reserved far too much of it to make any substantial change for minority groups.

So why did a woman born right after the civil rights movement—a woman who was a part of the second class to attend a newly desegregated elementary school, a woman who has been hyper-aware of America’s wounds been so resistant to actually healing them?

The Impossible Position of Being the Token Black Woman

When Harris won her race for Senate in 2016, she’d soon become a figure of an internet sensation for her recordings of pressing Attorney General Jeff Sessions in 2017, her exchange with CIA Director Nominee on torture in 2018, and famously with Brett Kavanaugh later that year. During this time, (before her presidential campaign), her popularity and publicity were souring in the likes of memes, gifs, and viral clips all over the internet. Non-California natives likely didn’t know who she was or precisely the controversy she had sparked over her career.

Her position in the United States Senate made her one of merely two Black women to ever hold a seat, and one of ten black people ever elected in the position. Kamala Harris has always been one of the firsts in every room she steps in and this puts her in an impossible position.

Related article: Lonnie Chavis: 12-Year-Old Star From ‘This Is Us’ on Being Black & Racism

Imagine an alternate reality where Kamala Harris was more aggressive in reforming our corrupt legal system. Imagine a reality where she really did push to break barriers on the community level, taking steps to reform (or better yet abolish) our seemingly unfixable prison system, fought to erase the connectivity between inner-city schools and the incarceration of young Black people, and pushed to create communities safer for Black and minority groups. What would a Kamala Harris that had worked tirelessly for these initiatives look like? I can assure you there’s no reality where that Kamala Harris, and the Harris elected as Vice-President can ever coexist. This is because of the impossible position Black women are in when they are tokenized.

The paradox lives because of this reality: in order for substantial healing to come in this country, Black people need to be placed in positions of power. However, for Black people to be placed in positions of power, they need to appeal to those that already have it. There is no reality in which any Black person can substantially fight for large scale change for our community, and appease the white masses necessary for this change.

As long as we operate in a society that limits its capacity for Black people in power, we will never see the healing our country so desperately needs now more than ever. There is hope though; although presidential elections generally have very little to do with the racial climate of our country, having Harris as Vice President gives her the opportunity to disrupt the paradoxical circumstances Black people face. Kamala is not America’s fix-all for racism (just how Obama was not), but Black people in positions of power can be stepping stones to the future we want to see for America.

November seventh, sitting in my dorm room in the Upper-West Side in New York City, at 11:25 am, I heard a single jubilant scream in Lincoln center. At that moment, I knew that Joe Biden had finally secured the electoral votes needed to be elected the 46th President of the United States. As the rest of the city caught onto the news, the city would erupt and rejoice in celebration. People in all Burroughs, from all walks of life, would celebrate the end of an era of tyranny. It’s time for America to heal, and Kamala is the strongest medicine we’re ready for.