A Tribute to Ricky Gervais: The Trailblazer Created A New Form of Comedy and Reinvented the Sitcom 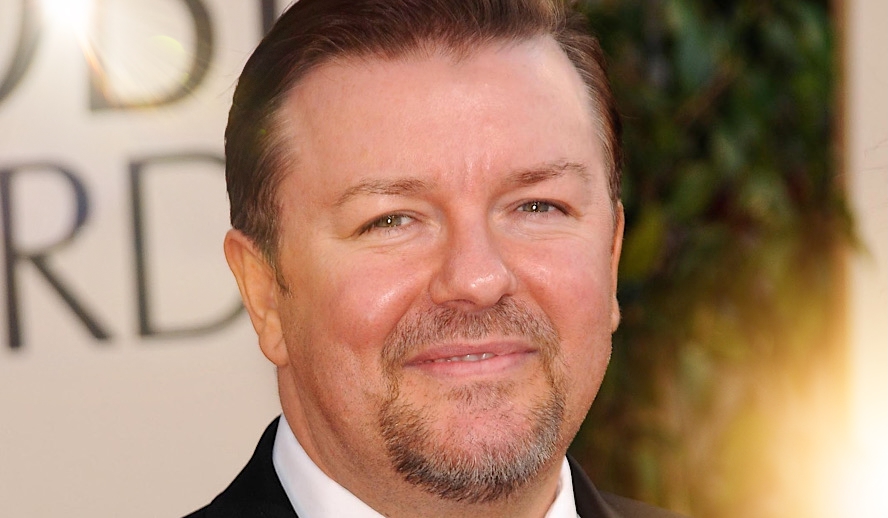 Ricky Gervais is an incredibly talented artist who’s had a far-reaching global influence on comedy and television. Mr. Gervais is not only a household name, but so many of the shows he created are as well. From ‘The Office’ and ‘Extras’ to ‘After Life’, Gervais has been a multi-decade, iconic success who has only improved with age. His art pushes boundaries in several ways, possibly stemming from his having grown up through the culturally revolutionary 60s and 70s. Born in Reading, Berkshire, England in 1961, Gervais’s parents were not in the entertainment business, but rather, his father was a hod carrier and laborer, putting him in a  social and intellectual position to see the world from an everyday person’s point of view.

Gervais went on to study Philosophy at the University of London, where he also met Jane Fallon, whom he’s been in a relationship with ever since. He later became the frontman of the British new wave musical duo Seona Dancing. The duo did have a little bit of critical and commercial success with their hit singles ‘More to Lose’ and ‘Bitter Heart’. Gervais continued to work in the music industry into the 1990s, even managing the band Suede at one point, but didn’t quite reach his full potential as an artist, which would eventually gravitate more towards writing, acting, and comedy.

In the mid-1990s, Gervais hosted a program for the London radio station XFM, where he also met future creative partner Stephen Merchant. This was a pivotal developmental transformation for Gervais, as he began getting offered opportunities to contribute to comedy programs ‘The 11 O’Clock Show’, ‘Comedy Lab’, ‘The Jim Tavare Show’, and BBC’s ‘Bruiser’. At the break of the 21st century, Gerais earned his own comedy show on a public broadcast station in London on Channel 4 titled ‘Meet Ricky Gervais’. His show featured a number of well-known guests, including Stefanie Powers and Jim Bowen. Just a year later, Ricky Gervais and Stephen Merchant pioneered a new form of comedy and ultimately, reinvented the sitcom.

Stephen Merchant and Ricky Gervais, in collaboration with BBC, created ‘The Office’ in 2001, which wasn’t met with extraordinarily wide acclaim, but would go on to reach legendary status not long after. The sitcom wrote the blueprint for the American remake that would debut in 2005, starring Steve Carell in the Ricky Gervais role. ‘The Office’ is still captivating audiences and is one of the most popular shows of all time. Gervais’s sharp wit, hilarious juxtapositions, social boundary-pushing, and dark humor are inherent in his comedic work, and introduced a fresh and timely unique artistic voice in the world of comedy when it needed a breath of fresh air.

Stylistically, the show was a pioneer because it featured a mockumentary style, which though it’s become very common since then, was relatively innovative for sitcom television at the time. Through this stylistic creative choice, Gervais was able to capture the lives and moments of these regular people working at a paper company, and build situations and characters in an everyday person’s type of way. The show would go on to win several British Academy of Film and Television Arts and British Comedy Awards, along with two Golden Globe Awards. Gervais’s success didn’t stop there either. Just a few years later, Gervais, along with his creative partner Stephen Merchant, would go on to create another historic and mesmerizing sitcom that would attract countless stars, commercial and critical success, and ultimately catapult Gervais into being an international star with ‘Extras’ in 2005.

Ricky Gervais: Establishing Himself As An Icon

‘Extras’ took a look at the entertainment industry from an extra’s point of view, and featured celebrity guest stars who played exaggerated versions of themselves. The only other successful comedy doing something similar at that time was Larry David’s ‘Curb Your Enthusiasm’, but ‘Extras’ had a completely different and distinct style from David’s masterpiece sitcom. This is where Gervais’s clever satire and dark humor really began to take form, because his unique perspective and reflection of the entertainment industry, bursting through all the glitz and glamour of its representation in media, had been morphed into this easy to laugh at world that’s full of human error. Though the show did not receive as much critical or commercial acclaim as ‘The Office’, it’s still praised as being an extraordinary show, and is on numerous different “top lists” of the best TV sitcoms of all time. Gervais would go on to win an Emmy Award for his work on the show for best actor in a comedy series.

Throughout this time, Gervais’s TV career was booming. But as an artist, Gervais still saw much room to grow, so after ‘The Office’, he delved deep into stand-up comedy, and after ‘Extras’, excelled in the – at the time – very new podcasting industry. His stand-up specials ‘Animals’ and ‘Politics’ after ‘The Office’ were well received by fans, and his stand-up specials ‘Fame’ and ‘Science’ after ‘Extras’ began to demonstrate his experimentation as a comedian and a performer while advancing as an artist.

It would be almost ten years after ‘Science’ that Gervais would release another stand-up special, but he did it with fitting flying colors. Netflix released his special ‘Ricky Gervais: Humanity’ which was met with sensational critical and commercial acclaim, and offered new perspectives on some of society’s most pressing topics and issues. His next special, titled ‘SuperNature’, was already bought by Netflix, but was halted due to the COVID-19 pandemic. Gervais, always offering a new voice with a uniquely benevolent core, is undoubtedly going to stoke flames, put them out, and hilariously use his phenomenal writing and oration skills to give the world a sense of relief with his next special. Millions are anticipating ‘SuperNature’, and tickets are available online for shows later this year.

A key fact that cannot go overlooked is that Ricky Gervais was very early in seeing the potential in podcasting. He hosted his own internet show, ‘The Ricky Gervais Show’, where he would simply converse with Stephen Merchant and Karl Pilkington, but possess the same charm and wit all three of them have, but stripped of many of the formalities and barriers on broadcast television. The podcast, at the time, was one of the most downloaded podcasts ever. Gervais and Merchant developed another sitcom with Warwick Davis titled, ‘Life’s Too Short’, in 2011 and was met with mostly positive leaning, but mixed reviews. Gervais excited fans and quickly earned the complete trust of critics back with his next sitcom, ‘Derek’, which even earned him Primetime Emmy Awards. The decades of hard work would crystallize in a way that’s distinctly Ricky Gervais in his most recent work, ‘After Life’, a dark comedy where Gervais plays a newly widowed, suicidal local reporter.

Related article: From Britain to America: Analyzing Comedy Over the Years

A Bigger Influence On Western Cinema Than He Gets Credit For

Gervais continues to be a staunch proponent of free speech and overcoming social barriers by tackling controversial topics head on. This has proved to be a socially relevant use of his artistry by the dismantling of taboo subjects through his work, and the ultimately benevolent message that he sends by doing so. Most dark comedies in sitcom television reflect the style that Gervais had set forth before anyone else was doing it, as those creative traits can be seen in shows like ‘Wilfred’, ‘Flack’, and of course, the groundbreaking Americanized version of ‘The Office’, which provided the model legendary sitcom ‘Parks & Recreation’ would work off of.

No one else in the entertainment industry stands up to Gervais’s ability to cut through any topic or subject with sincere honesty, intellect, and quick wit through a humorously objective lens that’s garnered him millions of multi-decade fans. Anyone successfully employing dark comedy in their work today has traces of Gervais in there, as he has shaped the modern blueprint of the dark comedy sitcom. He’s an incredible artist who continues to advance media and comedy to the next level with everything he does.

We at Hollywood Insider happen to be enormous fans of Ricky. We salute you, Mr. Gervais, we will always support you.