Everything We Know About Darren Aronofsky’s ‘The Whale’: Starring Brendan Fraser as a 600-Pound Gay Man 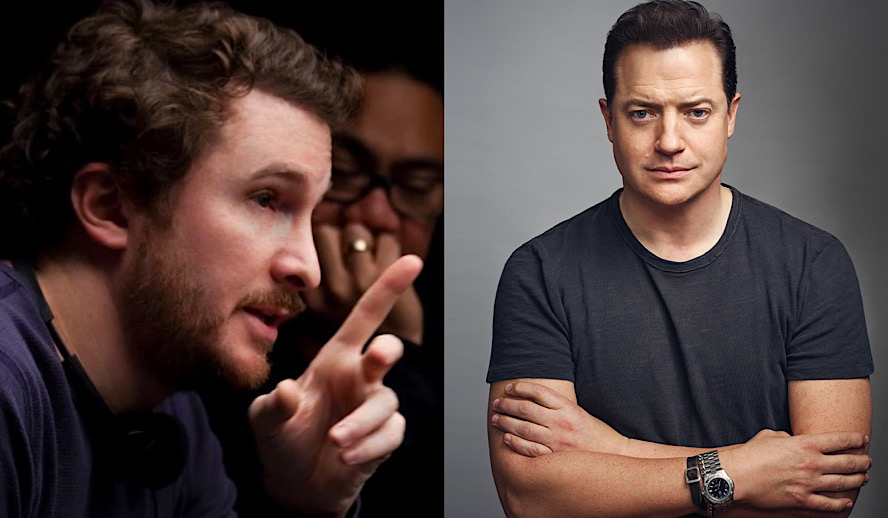 Photo: Darren Aronofsky and Brendan Fraser for ‘The Whale’/A24

Darren Aronofsky is reportedly set to direct the upcoming film ‘The Whale’, starring Brendan Fraser and to be distributed by indie powerhouse A24. Hong Chau, known for her roles in ‘Watchmen’ and ‘Downsizing’, is also set to appear as Fraser’s best friend.

Based on the 2012 play of the same name by Samuel D. Hunter, who is also adapting the play for the screen, ‘The Whale’ tells the story of Charlie (Fraser), a 600-pound gay man who seeks to reconcile with his estranged daughter as his health begins to fail. Set in a disheveled apartment somewhere in Mormon country, Idaho, it tells a story about mending broken relationships while exploring the complex psyche of its deeply troubled protagonist, at least the latter of which falls comfortably in-line with Aronofsky’s past work.

Related article: MCU Is About to Get Sassier: Everything We Know About ‘Deadpool 3’ Addition Into Marvel Cinematic Universe

It’s an interesting project for a number of reasons. As a character-driven comedy-drama taking place in one location, it’s an obvious star vehicle for Brendan Fraser, whose infamously abrupt tenure as a Hollywood leading man inspires fascination and curiosity to this day–combine that with Aronofsky’s signature virtuosity, and one wonders if ‘The Whale’ could be as impactful a personal drama as his 2008 film ‘The Wrestler’.

With so little information hitherto available about ‘The Whale’, let’s take a closer look at what we do know.

‘The Whale’ by Samuel D. Hunter

Written by Samuel D. Hunter and presented by the Denver Center Theatre Company, ‘The Whale’ had its world premiere in Denver, Colorado in January 2012, subsequently running Off-Broadway.

It quite literally centers on Charlie, a 600-pound gay man whose morbid obesity is the result of an ongoing effort to eat himself to death. The story and events of the play unfold around him as he mostly remains stationed on a soiled, worn-out couch, interacting with other characters as they come and go from his dingy apartment.

One such visitor is Nurse Liz, a brass chain-smoker who’s also Charlie’s best friend, torn between enabling him and trying to improve his habits. There’s also an optimistic young man named Elder Thomas, a local Mormon missionary who befriends Charlie to try and make a difference in his life. The anchor of the film, however, is Charlie’s efforts to reconnect with his estranged daughter, Ellie – an acerbic young adolescent who doesn’t make it easy.

It is interesting that nearly a decade after its initial run, ‘The Whale’ would be adapted for film – perhaps it rings truer and more relatably to wider audiences who’ve endured roughly a year of pandemic distancing protocols. For instance, in one initial exchange between Charlie and Ellie, she gawks at the fact that he makes a living teaching purely online–that doesn’t even make us blink.

For Hong Chau, the lively Nurse Liz is a far cry from her frosty portrayal of Lady Trieu in HBO’s Watchmen’ series, but it hearkens back to her critically-acclaimed role in the otherwise middlingly received ‘Downsizing’. She also recently starred in Prime Video’s critically-acclaimed original psychological thriller series called ‘Homecoming’, which also featured Julia Roberts and Janelle Monáe.

Another reason to look forward to Aronofsky’s ‘The Whale’ is the casting of Brendan Fraser, whose former star power and subsequent media silence can’t adequately be explained to those not already familiar with pieces like ‘George of the Jungle’ and ‘The Mummy’. Initially achieving prominence in Pauly Shore’s ‘Encino Man’, he was a versatile leading man throughout the ‘90s and early 2000s,  alternating between goofier comedy roles and more serious, dramatic ones.

To this day, the seemingly abrupt decline of his promising career remains a topic of discussion, but he’s actually been quite active, particularly from 2016 onward. He’s set to appear in the upcoming Steven Soderbergh movie ‘No Sudden Move’, currently in post-production, and has a leading role as Robotman in the ongoing HBO series ‘Doom Patrol’, based on the DC comics of the same name.

As a former hunk who’s commented on the decline of his physique, it’s tempting to draw conclusions about what Fraser could personally bring to the difficult role of Charlie, who’s long given up on life by the time ‘The Whale’ takes place. It’s exciting to ponder how Aronofsky plans to bring Charlie from the stage to the screen, having previously succeeded tremendously in depicting a character past his prime in ‘The Wrestler’.

As unique and difficult as the premise may seem, ‘The Whale’ still seems like a project with a recipe for success, helmed by a seasoned director of psychological exploration in Aronofsky and imbued with the blessing of the increasingly infallible A24, which has quickly become one of the industry’s foremost leaders and pioneers of indie cinema.

Aronofsky is not a director that I’d characterize as stagey, and so it’ll be interesting to see how this piece of live theater translates into his intensely personal style of melancholic storytelling. It’s also important to remember that ‘The Whale’ is not as devastating a tale as ‘Requiem for a Dream’, despite the dire circumstances of our protagonist throughout. At its core, ‘The Whale’ is a bittersweet story about a man who rediscovers love and faith in humanity at an abysmal stage of life, and I can’t wait to see how Aronofsky plans to bring that to the big screen.

Sources also say that Samantha Morton, known for roles in ‘The Walking Dead’ and ‘Fantastic Beasts and Where to Find Them’, and Sadie Sink, known for portraying Max Mayfield in Netflix’s ‘Stranger Things’, are in negotiations to appear in ‘The Whale’, likely in the roles of Charlie’s ex-wife Mary and their daughter Ellie. Ty Simpkins, known for portraying Harley Keener in various MCU films, is also listed on IMDB as Elder Thomas, though there’s little substantiation for this claim.