WATCH: “Is Climate Change An Urgent Issue Or Not A Worry For 100 Years?” Do You Support Leonardo DiCaprio & Greta Thunberg? – Hollywood Insider’s ‘Messages From America’ – Episode 7 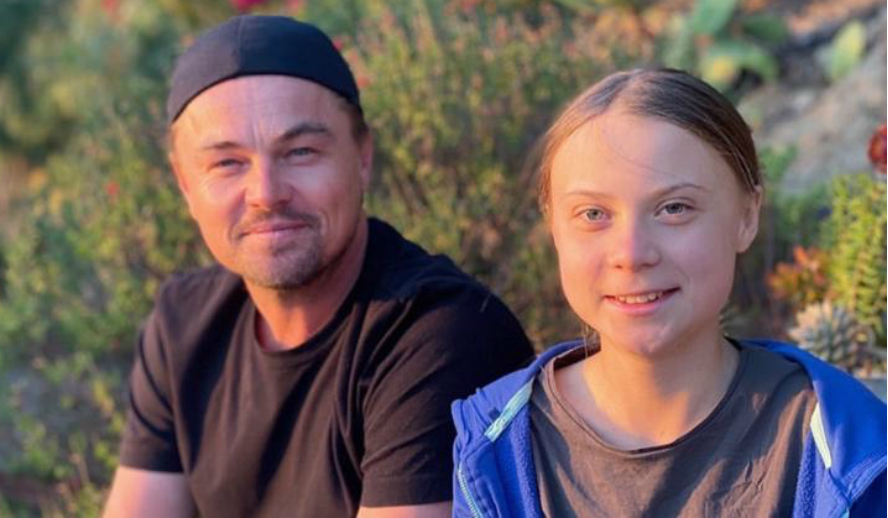 Photo/Video: Is Climate Change An Urgent Issue Or Not A Worry For 100 Years?/Leonardio DiCaprio/Instagram/Hollywood Insider YouTube Channel

Climate change deniers will say that it is just a natural process. But isn’t rapid climate change which has been sped up by humans and their harmful actions dangerous for all? What do people in America think? Is it a serious issue or not a worry for another 100 years and more? Hollywood Insider’s ‘Messages From America’ asked American and visitors their response to the question “Is Climate Change An Urgent Issue Or Not A Worry For 100 Years?“:1.  Activist from New York: “Now, It seems like the oceans are rising and the weather is changing, while the earth does that naturally and goes through cycles, we are accelerating it from the man made pollutants and other things that contribute to the environment”. 2. Resident of Florida: “It affects us now, absolutely. I live in Florida and it’s a huge issue. I work with the National Rural Electric Cooperative Association and they do a lot of green policy. In places that are coastal, like louisiana, Florida, it is really important that we are able to protect our homes, especially after the hurricanes…people are suffering right now because of climate change and we need to do something about it. Especially with FEMA and the growing debts that organization has.” 3. Entreprenuer from California: “I think it should be dealt with everyday considering the changes we have in our ecosystem and in our environment. I think that we should be considering it and not be like “oh let’s just let the next generation take care of it.” Because at that point it might be too late. So I think it should be something looked into seriously. 4. Larry the Bird Man: “Wow it affected us yesterday. Okay not just now, I mean yesterday it affected us.” 5. Politician from New York: It is absolutely is a major issue right now. I think that we are not really doing anything to correct it, not enough to correct it actually, which is very sad.”

Click here for episode 6 of season 2: If Your Child Told You They Were Gay/Lesbian, What Would You Do? – Prince William Confirms He Would Completely Accept His Gay Children

Season 2 | Episode 7: “ Is Climate Change An Urgent Issue Or Not A Worry For 100 Years?” Hear as a wide range of people from all over America tell us.

Is Climate Change An Urgent Issue Or Not A Worry For 100 Years? Most of the people in America are nothing like the politicians in America – so it is important to make sure that world sees more of America and its people than just the loud politicians, regardless of them being republican/democract or any other political iteration