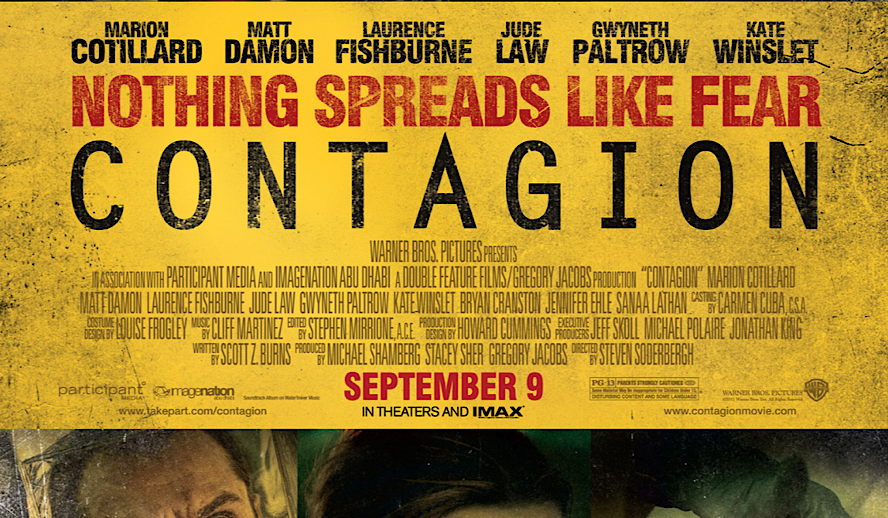 Disaster movies, when done right, are some of the most immersive experiences that Cinema can offer. We’ve all heard predictions regarding the end of the world from a conspiracy theorist or two, whether they’re barking their bleak apocalyptic prophecies from the corner of your street, or broadcasting them over social media like Youtube or Facebook. Although these prophecies have been largely ignored by the majority of humanity, every now and then we can’t help but entertain these grim scenarios, wondering if we’d have what it took to survive if the planet should ever actively try to murder us.

Cinema is notorious for realizing these worst-case scenarios with their disaster movies, where we follow unfortunate protagonists stuck on the wrong Earth at the wrong time. But these five movies, in particular, took audiences on a harrowing adventure of natural disasters that all show the world at its worst, but it’s juxtaposed against showing humanity at its finest.

Alfred Hitchcock’s ‘The Birds’ delivers a surreal premise that’s executed with zeal and conviction. In this classic disaster movie, birds have seemingly decided to rebel against humanity, setting their sights deliberately on the small California town Bodega Bay. The birds are strategic in their attack, they take brief intervals to regroup before dropping in from the sky and terrorizing their human targets. There’s no real explanation as to what causes the bird’s sudden change in behavior, but it’s a slow, gradual build foreshadowed by several small bird attacks that whisper something sinister is literally looming over the sky. There’s an interesting discussion to be had in the film regarding the nature of birds vs. the nature of man, how mankind sees species of birds as a whole, and the likelihood of mankind coming out victorious against a full-scale bird invasion.

But like all successful disaster films, ‘The Birds’ is really elevated by the relationship between its two characters. Melanie Daniels, played by Tippie Hendren, has a seemingly fateful encounter with hotshot lawyer Mitch Brenner. Mitch, brought to life by Rod Taylor, sweeps Melanie off of her feet immediately, and the movie spends a significant amount of time exploring the blossoming romance between these two lovebirds. So, when the birds finally come down from their nest to enact their vengeful plan against mankind, it makes it feel that much more potent when that romance is jeopardized and downright compromised by the ensuing invasion.  With fantastic performances and a unique premise as far as disaster films go, Hitchcock’s ‘The Birds’ triumphantly tackles the genre, and you can’t help but catch its influence on later films.

In 2009, ‘Independence Day’ director Roland Emmerich fulfilled an ancient Mayan prophecy predicting the end of the world with his disaster film, appropriately named ‘2012’. The film had a phenomenal marketing campaign in the months leading up to its release, which included fans of the film being able to pick lottery numbers where, instead of winning millions of dollars, they would be spared from the upcoming 2012 disaster. ‘2012’s’ marketing campaign also saw the movie’s characters creating websites documenting the threat the year 2012 posed to humanity, immersing audiences even further into its story. By the time the film hit, it definitely made a solid attempt to honor the audience’s expectations, and some would say it definitely succeeded. ‘2012’ went on to gross $791.2 million dollars at the box office on a reported $200 million budget, and was one of the highest-grossing films that came out in 2009.

Thanks to the number of people who came to witness the end of the world, Emmerich was able to add another blockbuster to his credit, while also providing a visual treat for audiences to feast on. Destruction has never looked so beautiful as in ‘2012’, with Emmerich’s visceral imagination working in tandem with technology worthy enough to translate his creativity onto the big screen. ‘2012’ doesn’t really do anything new in regards to the story. The characters are serviceable, but nothing memorable, and its plot is a bit predictable, but the scope of ‘2012’ was truly a sight to behold when it first came out, and has rightfully earned its place as one of the biggest disaster movies that have ever come out in the modern era.

‘The Day After Tomorrow’

‘2012’ wasn’t the only disaster film that Emmerich had a hand in. Several years prior, he let audiences experience ‘The Day After Tomorrow’ in 2004, which followed a scientist trying to rescue his son in the wake of a natural disaster that threatened the entire world. The concept may be similar to his ‘2012’ film, but the particulars in the story present enough of a difference so that the two feel like their own individual movies. ‘The Day After Tomorrow’ feels a bit tighter in its story, with tremendous focus being placed on the son, played by Jake Gyllenhaal, and others as they remain trapped inside a New York City library.

It also has a bit of commentary about humanity’s own negligence. For the most part, ‘2012’ presents a scenario that was destined to happen regardless of mankind’s actions. But in ‘The Day After Tomorrow’, climate change is the main culprit, and the Earth hands humanity its ultimate sentence after finding it guilty of crimes against its soil. Movies tackling the ramifications of climate change have been done before, but it’s debatable whether they’ve been done with the same level of visual grandiosity as this film.

When a natural disaster hits, who better to call than real-life superhero Dwayne ‘The Rock’ Johnson to save the world from assured destruction. ‘San Andreas’ is a 2015 disaster movie that’s as big in scope as its leading star. In the film, directed by Brad Peyton, Johnson stars as a helicopter pilot for the fire department trying to save his loved ones from a massive Earthquake that has the potential to level entire cities. ‘San Andreas’ also showcases Paul Giamatti as Dr. Lawrence Hayes, the scientist who discovers the Earthquake early on and takes the necessary steps to try and save the people of California. Focusing almost exclusively on California, this disaster film isn’t as expansive as other disaster films like ‘2012’ or ‘The Day After Tomorrow’, but it serves up just as much visual catastrophe as the two films mentioned.

What lends credibility to this disaster movie is the number of earthquakes that truly do occur in California every so often, and the anxiety that often follows from those there to experience them. Because of this, ‘San Andreas’ tries to hit close to home, especially if you live in California. Although the film received mixed reviews, it earned a nice box office by raking in $474 million on a $110 million budget and earned much deserved praise for its visual effects. ‘San Andreas’ also explores the nature of humanity a bit in this film, showing that when self-preservation kicks in, not everyone is going to be a knight in shining armor. The movie forces characters to show their true colors, which potentially changes relationships, not only between the characters but also between the character and the viewer, which was a nice touch to the narrative.

2011’s ‘Contagion’ is effective in its realism. Directed by Steven Soderbergh, ‘Contagion’ is a film that follows a deadly virus that sweeps across humanity. Unlike most disaster films, it doesn’t focus on spectacle or mayhem. Instead, its chaos is quieter. It’s a very slow, methodical build as the film carefully takes you through its story, educating you on the functionality, deadliness, and science behind this mysterious virus. With how focused its attention to detail is, it’s almost as if ‘Contagion’ is less about entertaining you, and is trying to prepare you for things to come, which further enhances the dread present in its narrative.

But the disaster doesn’t always come from the virus’s very lethal threat towards humanity, but it also comes in humanity’s response to the virus. In ‘Contagion’, the spread of this disease causes looting, rioting, violence, and panic on a scale that truly threatens society’s livelihood. Given recent circumstances, it’s a scenario that the world has become all too familiar with, making ‘Contagion’ seem clairvoyant in its vision. But even excluding its peculiar similarities with the world today, ‘Contagion’ is simply a well-made film that shows disaster films don’t always have to be about toppling buildings and avalanches burying cities. Sometimes, the disaster that’s scariest is the one that arrives quietly.