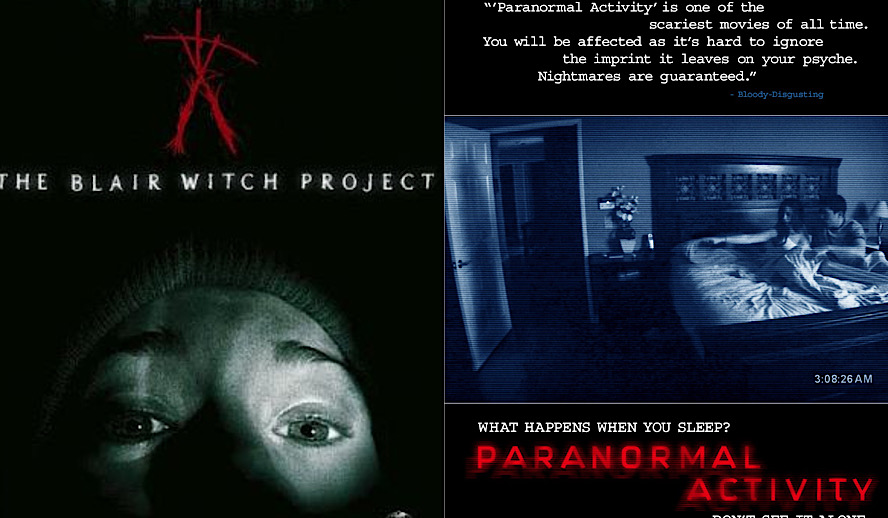 Independent filmmaking has always played an important role in the cinematic landscape. While providing many compelling stories, independent films have often launched the careers of prominent screenwriters, directors, and actors — they have also launched franchises. While it has always been a challenge to compete with the big boys of Hollywood, independent horror films have proved to be worthy of competition.

For decades, low-budget and proportionally inexpensive horror films have stacked up to and even outperformed major Hollywood studio horror films. While films in other genres have historically struggled against the more lucratively funded films, independent horror has had hits of such massive proportions that they spawned most of the most iconic horror franchises in the history of Cinema.

Related article: Everything We Know About Season 10 of ‘American Horror Story’

While studios pump money into large Hollywood horror films such as ‘The Conjuring’ franchise Stephen King adaptations, indie filmmakers with half their resources have been matching their success.  In this piece, several examples of indie horror films that have supplanted themselves as horror classics despite their tight budgets will illustrate how filmmakers everyone should not let a lack of funds stop them from trying to tell their stories.

In 1978, the world was introduced to the terrifying Michael Myers in John Carpenter’s ‘Halloween’. One of the most iconic franchises in all of horror, the ‘Halloween’ franchise seeing eleven installments thus far, began as a small indie horror film. The first ‘Halloween’ film was made on a shoe-string budget of about $300,000 — the film is a masterclass in utilizing what is available to you to its fullest potential. The infamous mask of serial killer Michael Myers was just a party mask of William Shatner, of ‘Star Trek’ fame, that had been spray-painted white; John Carpenter, writer, and director of the film, composed the films eerie score. Wherever penny pitching could be done, it was making the success of the film all the more impressive.

‘Halloween’ turns its weaknesses into its strengths by making the most of its lack of resources. Its inability to afford big set pieces makes the suburban houses it is filmed in film familiar which increases the tension. The film’s script built the myth and lore of Micahel Myers as more than just a deranged killer, portraying him as the living embodiment of evil. The film introduced the world to unknown star Jamie Lee Curtis, who recently captivated in Rian Johnson’s ‘Knives Out’.

‘Halloween’ was set up to fail but the filmmakers behind the film willed it to become one of the most successful horror films of all time seeing sequels being made decades later. The film garnered so much success that a studio then stepped in to produce the sequels, taking the franchise from independent to Hollywood with the most recent film in the series being David Gordon Green’s film, which was also titled, ‘Halloween’. While the quality of these sequels has varied since, it is inarguable of the first film’s success.

Another 70s era independent horror project that hit it big was Tobe Hooper’s unnerving ‘The Texas Chainsaw Massacre’. The film saw a batch of young adults on a road trip to their grandfather’s grave after reports of grave robbing only to be met by the murderous, chainsaw-wielding Leatherface. The film was made for a mere $140,000 and is now, years later, considered to be one of the most influential horror films in the history of the genre spawning multiple sequels. The film, similarly to ‘Halloween’, benefited from its small budget as its cinematography feels very gritty and guerilla adding to the tension and ambiance of the film.

The film had to make the best of its situation and limited resources opting to use real chainsaws in the film and, when the fake blood did not cooperate, real blood. Without a doubt, ‘The Texas Chainsaw Massacre’ is one of the most successful indie horror films of all time and again proves that with limited resources, filmmakers can still find a way to make a hit that stacks up to the big boys of Hollywood.

The dark, realism of the found-footage medium terrified audiences, many questioning whether the film was real after leaving the theater. After major Hollywood studios witness the financial efficiency to which ‘The Blair Witch Project’ was produced, they quickly hopped on board to the bandwagon. Yet again, an indie horror film changed the game and influenced filmmakers and studio heads to make found-footage films.

As previously mentioned, the filmmakers behind indie horror hit ‘Paranormal Activity’ took notice of the success of the found-footage film and, nearly a decade after the release of ‘The Blair Witch Project’, a new, more intimate independent horror hit captivated audiences. Shot in all one house on a production budget of just $15,000, post-production costing an additional $200,000, ‘Paranormal Activity’ blew the doors of the box-office raking in nearly 200 million dollars. The film shattered expectations and had the entire film world take notice after director Oren Peli’s small, contained haunted house film outperformed large studio-funded horror films such as MGM and Frank Darabont’s adaptation of Stephen King’s ‘The Mist’ starring Thomas Jane.

The success of ‘Paranormal Activity’ led to a franchise with seven installments. While the subsequent films began to wane in quality, the impact on pop-culture ‘Paranormal Activity’ had never wavered, supplanting its place in horror film history. This film, as well as all previously mentioned, demonstrate that while independent filmmakers may not always have the resources of a major studio or production company, a filmmaker with passion, innovation, adaptability, and a good story can compete with and even out-perform the cinematic Goliath’s.