HBO’s ‘The Outsider’: The Thrilling Stephen King Inspired Series That Has Impressed Audiences 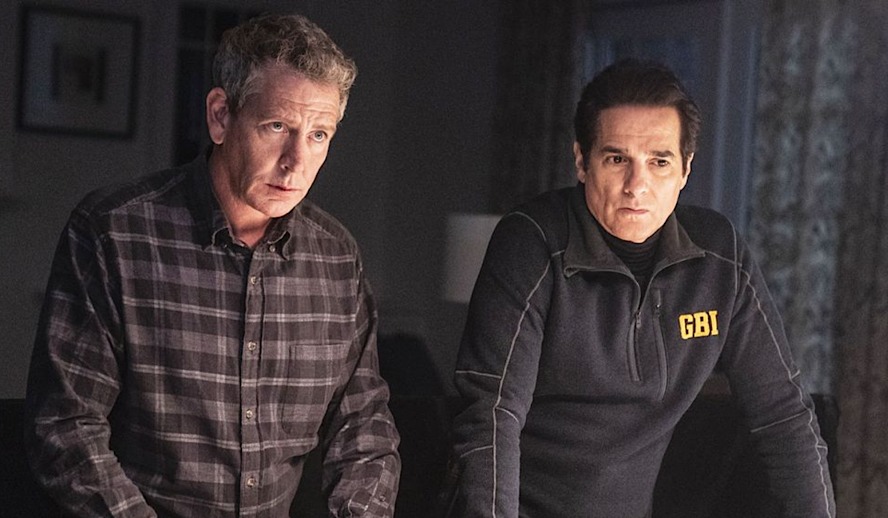 Richard Price’s new horror series – ‘The Outsider’ – brings a new perspective to adapted Stephen King content. The new horror series based on the book of the same name, premiered on HBO this January and has been a hot topic ever since. A series surrounding a strange murder, ‘The Outsider’ follows the investigation unit in a friendly Georgia town, as they run into the supernatural, unprecedented evidence, and outrageous theories. What once seemed like a straightforward case, quickly becomes a tangled web. So what makes this different from any other Stephen King adaptation? This series is driven by a group of characters so different, yet so similar.

Terry Maitland (Jason Bateman) is the little league coach everyone knows and adores. Ralph Anderson (Ben Mendelsohn) is a trustworthy cop who is finding his way after the death of his son. And Holly Gibney (Cynthia Erivo) is quite literally the glue that is holding the entire investigation together. Holly Gibney is a character from King’s ‘Bill Hodges’ series. She suffers from OCD and possibly ASD, and knows things that most people could never figure out. As a young girl, she was tested for being different. That intense uniqueness never faded, and in her role in The Outsider, Cynthia Erivo truly breathes life into Holly Gibney. “You look like someone’s been trying to rip out your heart,” Gibney calmly tells Jack Hoskins (Mark Menchaca). Holly is a character that calls it like it is, and is typically always correct. But instead of coming across as having a superiority complex, the audience can feel her longing to fit in and just as confused by her own behavior as everyone else is.

Related article; Spike Lee’s ‘Blackkklansman’: A Wild Ride Into the History of Race-Relations in the United States

When it comes to horror series, there can often be an overstated tone of shock or intensity. The Outsider manages to balance the art of subtlety and scare quite well. We as viewers can feel every emotion these characters are feeling. While the show does deal with elements of the supernatural, nothing about it feels forced. Even when venturing into the mystical, the plot of the show is rooted in fact. Every twist and turn keeps audiences on their toes, and the overarching tone of the show and characters has a lot to do with that.

These characters are your neighbors, your friends, your family. You know them, and to watch them journey through this investigation is both heart-wrenching and intrinsically fascinating. These aren’t perfectly curated characters. When Richard Price adapted these characters for the screen, it is obvious he wanted to paint them rather imperfectly. They are emotional and undoubtedly normal, even though they are in the midst of an investigation that is anything but. This incredibly talented cast has the ability to make everything happening in their world seem genuinely haunting and perplexing.

The pace of the show is agonizing in a way that can’t help but keep you coming back for more and more. It allows the small details time to sink in, and lets the audience really ponder what the next move could be. The cinematography team really paint a picture of looming threat, fallen over an otherwise sleepy Georgia town. With each episode of The Outsider, the audience can feel the air thicken and the characters grow paranoid.

Glory Maitland doubts the investigation more and more with each passing hour. Ralph Anderson struggles to separate the real from the mythical. When we zero in on the haunting facts of this investigation, Jack Hoskins faces trials nobody would see coming. The way these characters have been so specifically individualized while remaining a unit creates a realism factor for this series. Stephen King stories are historically outlandish and horrifying, but this series stands out for taking both of those feelings and transporting them into such an ordinary town with ordinary people.

What makes The Outsider so riveting, is that these characters are just as puzzled by the investigation as viewers are. They don’t have the upper hand. Rather, the audience is transported on the journey of the investigation with them, feeling every pang of confusion, anger, and melancholy. Every move made in this series makes sense and is intentional. There is no fluff to the plot, but instead an intense sense of urgency and importance. Every episode takes what you thought you knew about these characters and this story, and abruptly flips it upside down. That’s why people cannot get enough of it! The fact that Richard Price has made an unimaginable story seem so real, is quite the feat.

If you are a fan of a good mystery, The Outsider is definitely worth watching. You can catch up on the first 7 episodes on HBO now.