‘Doctor Sleep’: Did the Film Adaptation of Stephen King’s Novel Do Justice to ‘The Shining’ Franchise? 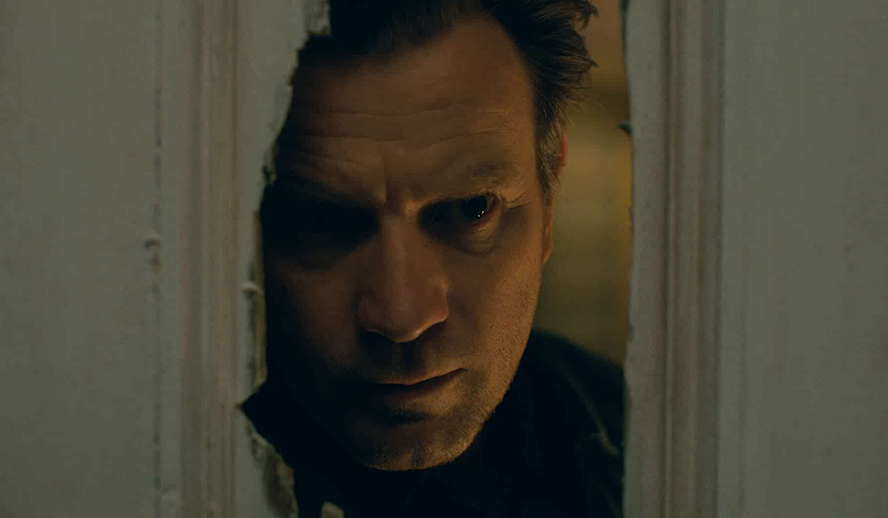 The Shining (1980) is widely regarded as one of the most famous, cult classic horror movies ever made. Based on Stephen King’s 1977 novel, director Stanley Kubrick delivered his own interpretation of the supernatural horror story. Stephen King was famously displeased by the movie and put off from selling the rights to the sequel as well. Until now.

Doctor Sleep (2019) is a horror film based on the 2013 sequel to the novel The Shining, also by the same name. It stars Ewan McGregor as an adult Danny Torrance, with Rebecca Ferguson as Rose the Hat and Kyliegh Curran as Abra Stone. The movie is written and directed by Mike Flanagan, who is famous for creating, writing, and directing famous horror shows such as The Haunting of Hill House and The Haunting of Bly Manor. The movie earned mixed reviews, always the challenge when creating films that are part of a fan-favorite franchise. Flanagan had a special challenge in creating this movie, which is discussed further down the piece.

Related article: ‘A Clockwork Orange’: Stanley Kubrick’s Take on the Concept of a Utopian Society

How Flanagan got the rights to the book – ‘Doctor Sleep’

Stephen King wrote the sequel to arguably his most famous novel The Shining after 36 long years, which was Doctor Sleep in 2013. The story starts right where the events of the Overlook Hotel were left off in the first book, following Danny Torrance’s life as he grows up and meets other “shiners” and fights a cult that feeds on young shiners called the True Knots.

King was deeply displeased by Kubrick’s version of The Shining, which changed the story as leaning towards more psychological horror rather than the supernatural aspects in King’s original novel. While King is a force in his own world of books, Kubrick essentially hijacked his story’s impact in the film world by changing elements of the story according to his own interpretation. King was so upset by this that he attempted to take back the narrative by writing a miniseries based on his book, in which he himself made an appearance as well. Given all this history, it can be deduced that convincing King to sell the rights to the sequel novel Doctor Sleep was no easy feat. However, Flanagan was able to achieve this by explaining how he would do justice to his book while doing the same to Kubrick’s movie since discounting its impact would be a disservice. King agreed finally and gave him the green light to develop the script.

Is it a sequel to the movie, or an adaptation of the book?

Flanagan’s interpretation seems pulled in two different directions in an attempt to satisfy all concerned parties: King himself, fans of his books, and fans of Kubrick’s movie. The difficulty lies in streamlining both interpretations of the story to create one harmonious sequel to both, since both fanbases expected their preferred story to be portrayed on screen. There are various homages to the Kubrick movie in Doctor Sleep, such as the opening scene which recreates the famous “Danny riding his bike in the hallways” scene. He incorporates other small tidbits exclusive to The Shining movie for its fans such as a walkthrough of the Overlook Hotel (which no longer exists in the book), Room 237 (which in the book is room 217), the famous blood-in-the-elevator scene, and many more. The challenge with these references is that since they are exclusive to Kubrick’s movie’s story, the King fans are confused by these various elements which have no mention in the books. As book readers who did not watch the Kubrick movie, such elements can throw their viewing experience off track as it veers away from the novel’s story.

On the flip side, the fans who have only watched Kubrick’s interpretation of the story can be confused by the focus on supernatural elements that were not present in the movie. There is no context or explanation given for the level of “shining” seen in this movie, which veered deeply into supernatural territories. Various sequences like the travel between the minds of Rose, Abra, and Danny as well as the sequence when Rose is able to fly miles away into Abra’s bedroom are left unexplained. Flanagan relies on the references to the movie to satisfy movie fans, without explaining the different set of events. Whichever fanbase you are a part of, the movie feels unfinished and incomplete.

Analyzing the direction, there are vast differences between the two movies which do not allow Doctor Sleep to feel like a sequel. Kubrick relied on his signature direction elements such as long slow shots to build up natural tension, whereas Flanagan relies on more modern horror direction techniques such as crescendo music to do the same. The Flanagan movie seems more of a thriller rather than horror, with fewer scary sequences. On the acting front, Rebecca Ferguson shines as Rose the Hat and is basically the driving force for the movie.

Does it work as an independent movie?

The movie works better as an independent film, without having expectations of similarity to the book and the movie. Viewing it as an addition to Flanagan’s body of work, the movie seems to make more sense as it has similarities in filmmaking with The Haunting of… shows. A post-watch read of explanations behind the concepts and references renders the movie more watchable, rather than watching it as a sequel to the movie or an adaptation of the book. Given that King himself is pleased with the movie, this has been a success for Flanagan’s personal career. He took on a challenging project and clearly designed his film to appeal to every potential audience. Perhaps the better way to create this movie was to focus in one direction with subtle hints to the other fanbase and clearly establishing the position this movie is meant to take (whether it is a sequel to The Shining or a movie adaptation of the Doctor Sleep novel).