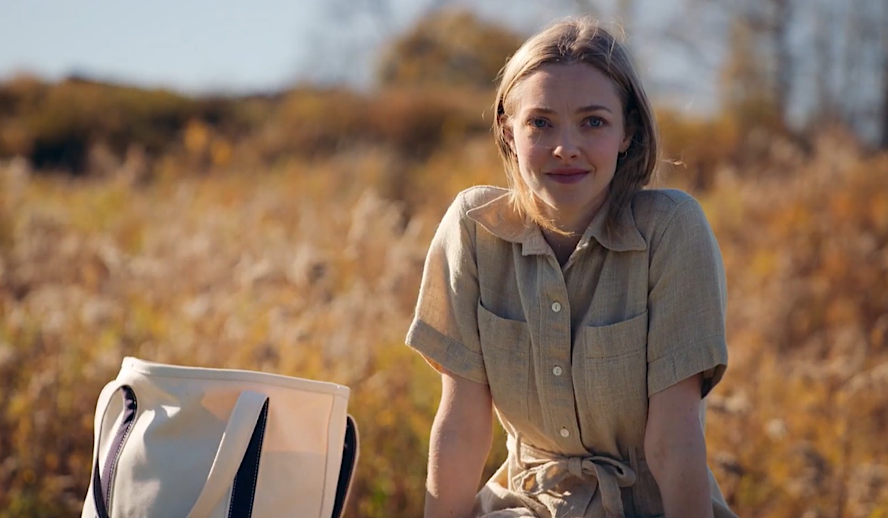 A Matter Of Family

From directors Shari Springer Berman and Robert Pulcini, ‘Things Heard & Seen’ is the newest horror-thriller to hit Netflix. The film follows Amanda Seyfriend and James Norton, as husband and wife, as they move into a new house in upstate New York. After moving in, they soon discover something sinister in both the home and within their marriage. While fairly conventional in its premise, ‘Things Heard & Seen’ executes its premise in a creative enough way that kept me engaged throughout. Going into the film, I had no expectations or any prior knowledge of the novel the film was adapted from which I believe aided in my personal enjoyment of the film.

If you do have expectations, however, I would urge you to manage them — while the film is marketed as a horror thriller, it is much more of a family drama. The film delves deep into the marriage between ‘Mamma Mia!’ star Amanda Seyfriend’s relationship with her husband which helps to differentiate this haunted tale amongst the crowded genre of the spooky-house. The film has a very ‘The Amityville Horror’ feeling to it but chooses to focus more on the characters than the spooks and scares. Understanding what you are in for, a slow-burn, character-driven, family drama, is key to getting the most out of the film and not finishing disappointed.

‘Things Heard and Seen’ – What Worked

‘Things Heard & Sound’ is truly a character-driven film — the film constantly puts the progression of its story and characters first, even the film’s scares serving the character’s stories. Amanda Seyfried’s character is exceptionally well-realized — she is given great characterization and is the most human character in the film. Seyfried’s performance perfectly encapsulates the essence of her character and as the film progresses and her character develops, so does her performance. James Norton, who also starred with Saoirse Ronan, Emma Watson, and Florence Pugh in Greta Gerwig’s ‘Little Women’, performance is equally as captivating — his character also evolves as the story plays out. Norton’s range and subtly in his performance is noteworthy and commendable. Another standout of the supporting cast is F. Murray Abraham, of ‘The Grand Budapest Hotel’, who gives a very endearing performance.

The film is shot beautifully — cinematographer Larry Smith knows exactly how to shoot a scene for tension. Several one-take shots allow for the viewer to get a great sense of the space the actors are working with which were both entertaining and impressive to watch. The way the film uses color to indicate and add to the tone of different scenes is also exceptional. This use of color extends to the art shown in the film — the film uses art and spirituality in very cool ways.

I enjoyed how the film built a world and extensive lore surrounding the beliefs of this small New York town that added to the mystique and mythology of the film. The writer-director of the film does a great job at building conflict between the characters through the script as well as situational tension, having information being withheld from characters and released with reveals. The score by Peter Raeburn is very fun and fits right in with the tone of the film and is another added bonus.

The film does have its shortcomings of course — the concept of the film is very conventional and sometimes dips into the “seen this before” category when its focus shifts from its characters to its scares. While most of the characters are the strengths of the film, a character that does suffer from underdevelopment is that of Natalie Dyer. The ‘Stranger Things’ star is pushed to the background in the film and does not get the room to shine as a performer due to the little the character is given to work with.

Letting her have more of a purpose and arc within the script could have really elevated her character. Another issue with the film was a character choice made by Seyfried’s character toward the third act of the film that felt very out of place. The previous setup of her character was set up so specifically that the decisions she makes feel a bit like a betrayal. Keeping her character more consistent with what was set up by the script would have benefited the overall story.

Staying in the third act of the film, there is a sequence that did not work for me at all. The sequence’s goal is to disorient the viewer and give insight into how the characters are feeling but the way that it is edited is very odd. The sequence doesn’t come off as disorienting like it was intended to, it comes off more as sloppily edited. I know this not to be the case, as the rest of the film is so well edited, so to see the sequence pop up towards the end of the film felt very out of place.

The third act overall felt like the weakest point of the film as some convenient plot points that just felt like the writers were forcing events to take place and characters to make particular decisions for the sake of the plot. During the final shot of the film, there is some very cool imagery conceptually, but the VFX that is implemented took me out of the moment completely. Allowing for more time to work on the VFX would have allowed the moment to hit more effectively.

While ‘Things Heard & Seen’ does not bring much new to the table, it is an extremely effective film in what it chooses to be. Opting to focus more on the characters and family dynamics between them rather than spooks and scares. While this may frustrated movie fans looking for a new scare-filled thrill-ride, I found the film to be an exceptionally well-crafted family drama. With a third act that will hit or miss, I found the characters compelling enough to feel fully satisfied. With great performances from Seyfried and Norton as well as expert directing and cinematography, ‘Things Heard & Seen’ is one that I would recommend to those looking for a compelling character drama rather than the next horror hit — managing expectations for this film is key to your enjoyment of it.

Check out ‘Things Heard & Seen’ on Netflix today. Catch Amanda Seyfried starring alongside  Paul Giamatti in ‘A Mouthful Of Air’ releasing later this year. James Norton is set to star with Michael Sheen in ‘Heart Of Darkness’ which is currently in pre-production.