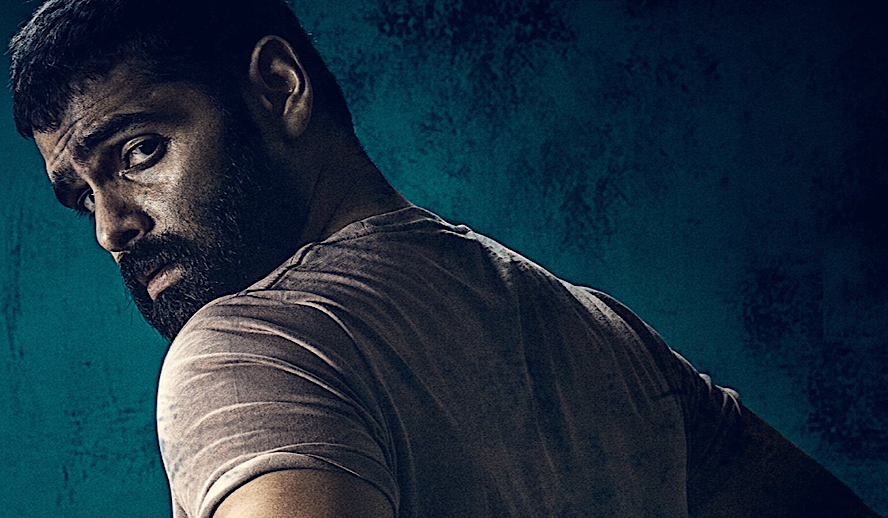 One of the many joys of Netflix is the large variety of content we might not otherwise consider watching. Sometimes we want our comfort shows; other times, we want to turn away from ‘Bridgerton’ or ‘Schitt’s Creek’ and try something a little different. An Indian thriller, perhaps?

The release of ‘Red’, like many movies of 2020, was delayed due to COVID-19 complications, but at last, it has had its debut. This remake of the 2019 film ‘Thadam’ tells the story of two doppelgängers being tried for the same crime by a scrambling and baffled police department. The thriller, directed by Thirumala Kishore (‘Chitralahari’, ‘Vunnadhi Okate Zindagi’) retells this fascinating premise, held up by an incredible performance by Ram Pothineni (‘iSmart Shankar’, ‘Hello Guru Prema Kosame’) who plays both Siddharth and Aditya. The film is no doubt entertaining and certainly has its moments, but if you’re here for a tightly woven, fascinating plot, you’re setting yourself up for disappointment.

India’s Cinema history dates back to 1913, beginning with the film ‘Raja Harishchandra’. While the industry’s initial growth was slow, it began to swell post-WWII, with attendance and popularity gaining enough traction for the Indian New Wave to take off in the 1960s. Like their European contemporaries, these New Wave films aimed for a more realistic take on society and deeper understandings of humanity and were a direct and deliberate reaction to the more escapist, flashy productions. These larger, spectacle-style movies often combined action, comedy, romance, melodrama, and musicals, and became the template for what is now known as the Masala film.

The Masala is still the most popular form of Indian film, and ‘Red’ fits neatly into its main requirement of blending genres. The film starts out as a romance, with a charming story of a civil engineer attempting to ask out the beautiful Woman in Yellow, who agrees to a date if he figures out ‘the right question’, before swerving into more of a crime thriller. There is action aplenty, with the two lookalikes getting into a fistfight no amount of police officers can seem to break up being one of the film’s highlights. There is enough comedy to warrant a few good chuckles, plenty of melodrama (more on that later) and some beautiful choreographed and lavish musical numbers. We get two extravagant sequences of Pothineni taking a break from his enthralling double performance to show off his dance skills instead. Both numbers are used to contrast Siddharth and Aditya characters, with ‘Nuvve Nuvve’ showing how in love Siddharth is with Mahima (Malvika Sharma), and ‘Dinchak’ to show Aditya’s womanizing ways.

A Thrilling Premise but a Dragging Plot

This movie is close to two and a half hours long, and it doesn’t need to be. Much of the wasted runtime goes into establishing the characters of Siddharth and Aditya as different in every aspect except their appearance. Siddharth is our by-the-book, sensible twin, with the opening scenes being dedicated to him figuring out how to ask out Mahima. This makes Aditya our bad boy – the gambler, the thief, the player. It is hardly a new dynamic, seen often in Western YA fare (think Stefan and Damon Salvatore from ‘The Vampire Diaries’, and you will get a sense of these two characters). While establishing these differences is necessary for the central conflict of the film, it could be wrapped up a lot faster. The murder that sets the remainder of the plot in motion doesn’t occur until nearly an hour into the runtime – and then the real fun begins.

With both Siddharth and Aditya being arrested for the same murder, the police set about determining which of the doppelgängers did the deed. This film then flips between focusing on the murder and the backstories of Siddharth and Aditya, although the latter takes up so much time that you would be forgiven for forgetting that a mystery was meant to be unraveled in the first place. The screenplay takes pains to overexplain everything, overshadowing the handful of genuine thrills, twists, and memorable moments with a truckload of exposition and filler, with the film feeling lost any time Pothineni is off-screen.

“Don’t try to understand it, feel it.”

The film may be too long and too wordy, but boy is it fun if you allow it to be. Especially if Masalas are not your usual fare, the melodrama (told you we would come back to that) enters this otherwise over-serious thriller with a flair you will not be forgetting any time soon. If a Western thriller flops, it is often because it is boring, confusing, and forgettable. Somehow, I don’t think the image of Ram Pothineni stabbing someone to death while wearing Georgie’s yellow raincoat from ‘It’ is leaving my memory banks any time soon. Did I mention it happens during a thunderstorm, with vivid red lighting, while screeching violins play? Or, if you’re looking for romance, how about Siddharth chasing down his bride-to-be so he can give her a slow-motion goodbye kiss on a departing train?

Melodrama has always been a part of the Masala’s makeup, and it is put to good use here. With the zooms, the wacky sound effects, and the over-the-top delivery, it is almost impossible to forget you are watching a film. Instead of getting sucked into a story, you are consistently noticing the artifice – and that can be a good thing. You are here to watch beautiful, talented people entertain you, thrill you, and overall give you an experience. And yes, a tighter and more compelling plot still would have been a nice edition, but that is not what we get, so we have to make the most of the film’s other offerings.

Overall, if you let go of wanting a compelling thriller à la ‘Gone Girl’ or ‘The Departed’, and settle in for a fun ride with plenty of scenes you can use to run to the bathroom or refill your popcorn, ‘Red’ just might be your next choice for Movie Night. It’s different, it’s fun, and you’ll be humming along to ‘Nuvve Nuvve’ for days.

‘Red’ is now available to watch on Netflix.