10 Fiction Podcasts to Get You Started 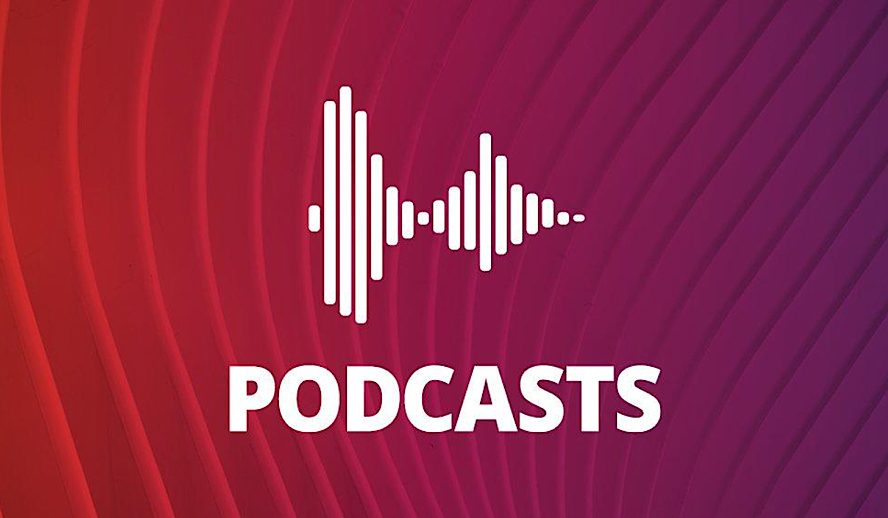 Podcasts have seen a rise in popularity in recent years. From This American Life to Serial to Reply All, these episodic audio series have found audiences in all niches, providing education and entertainment. With most of humanity being glued to our handy pocket-sized devices, it’s a matter of convenience to pop in your headphones and start listening to an interview, lecture or discussion on any topic you can imagine – and then some.

The closest on this list to the classic radio-play format is Radiotopia’s The Truth, hosted by Jonathan Mitchell. The Truth is a series of individual stories spanning the gambit of genres from horror to comedy. Each episode is meticulously developed in-house, with four stories being written every six weeks. The stories, which each span approximately twenty minutes, vary in flavor and tone but never in quality. You listen from 2012 up until the present day in order, or you can pick and choose what strikes your fancy. The Dark End of the Mall, That’s Democracy, and Miracle on the L Train are all excellent places to start.

Today’s media is saturated in superheroes, so it wasn’t surprising when the podcast game jumped on the spandex bandwagon. With Richard Armitage (The Hobbit, Castlevania), taking up the iconic titular role, this joint venture between Marvel and Stitcher takes Logan into small-town Alaska. The series plays out more like a noir mystery than the classic superhero fanfare, refused to pull any claw-covered punches. The voice-acting and sound design are especially noteworthy. Season 2 of the series, entitled Wolverine: The Lost Trail, is an equally impressive (if not superior) follow-up to a stellar first season.

Written and Directed by Joseph Fink and Jeffrey Cranor

Welcome to Night Vale, a small desert community where every conspiracy theory is true. Performed by Cecil Baldwin in the style of a local radio show, this podcast has gained a cult following since its pilot aired in 2012. The show has since produced three accompanying novels, (Welcome to Night Vale, It Devours, The Faceless Old Woman Who Secretly Lives in Your Home), and several live shows performed to sold-out crowds of dedicated fans. If Welcome to Night Vale is up your alley, you’ll also enjoy the creators’ follow-up podcasts; Joseph Fink’s Alice Isn’t Dead and Jeffery Cranor’s Within the Wires.

With true crime podcasts, novels, and documentaries swelling in popularity, it hardly came as a surprise when satirical publication The Onion took a stab at the genre. A Very Fatal Murder embraces every trope of the true-crime narrative with the publication’s signature dry wit. The host, David Pascal, narrates every ridiculous detail with such servant seriousness that you will find yourself genuinely laughing out loud at least once every episode. Beware when listening in public spaces.

Written and Directed by Mac Rogers

This fourteen episode noir science-fiction thriller is one you will feel compelled to binge in one sitting. Stealing the Stars details a forbidden romance between coworkers Dakota Prentiss and Matt Salem, who decide to steal an alien body in order to escape to a better life. The podcast masters the body horror genre despite having no visuals, using only sound and its talented cast of actors to sell this chilling tale to the listeners.

Written and Directed by: Kaitlin Prest

“What is it that destines love to die?” So begins Kaitlin Prest’s six-part romance, The Shadows. This series deals with the question; if you had to choose between being a great artist, or having a great love, which path would you choose? The struggles of work-life balance are ever-present in our society, particularly in the millennial generation, but what happens when that work is also your passion? Is it possible for true love to fit into those dreams? This mini-series about two puppeteers that fall in and out and love poetically sums up everything relationships can be, and everything they can’t.

This podcast has feminist girl scouts, ancient fish fossils, and a murderous zebra named Zoe. Oh, and it’s a musical! Dreamboy is a visceral and powerful podcast based around aspiring musician Dane. Like all Night Vale Presents fare, it doesn’t slot neatly into one category. This series buzzes from horror to comedy to erotica in the space of a key change. While unfortunately not renewed for a second season, every episode of this show is set up to delight, unsettle, and set new standards for what the podcast medium can be. We’ll see you at the rally…

Written and Directed by: Sunny Moraine

This one-woman written, directed, produced, and acted show begins with a simple premise. What if everyone around you disappeared? No alien invasion, no government conspiracy, no religious ascension – they’re just gone. The narrator then tries to navigate this new hell, taking us along for the ride. Although it’s a show starring only one, it proves to be as strong as any other production with a team and studio behind them. Updates on season 2 are hazy (with the last announcement) being from June 2020, but in some ways, it’s more compelling leaving the mysteries unanswered.

Written and directed by: Eric Silver

Your friends are moving on. You’re figuring out how to move forward. This ten-part comedy podcast follows three roommates in their mid-twenties trying to figure out life, love, and letting go. Next Stop follows Cam and Ally’s adventures with their new quirky roommate, Samuel Clemens. Highly relatable and laugh-out-loud funny, the season ends with a sobering but heartfelt note about what it means to truly grow up.

To finish off the list is the first ever sci-fi, political satire, Afrofuturistic buddy comedy. Follow along with unlikely partners-in-crime AI Olivier and Simon Carr as they take on heists, musical numbers, and a secret cabal of Tetchy Terrorist Vampire Zombies from outer space. This podcast is so off the walls it’s out of the house and well into the backyard, boldly experimenting with tone, point of view, and nonlinear narrative. It’s unapologetically fun entertainment, balanced by a deeper political message for these turbulent times.

The podcasts featured in this list barely scratch the surface of the quality fiction audio-entertainment universe. The medium will only rise in popularity, with an ever-increasing number of wonderful and original fiction podcasts being produced every month. The best part is, the format is best appreciated on headphones so that you might not miss the nuances of carefully constructed sound design and voice acting. So next time you’re commuting to work or study, cleaning the house, or walking the dog, reach for your phone and immerse yourself in another world for a little while.