Emmy Nominee Kathryn Hahn Is The Funniest Woman In Hollywood 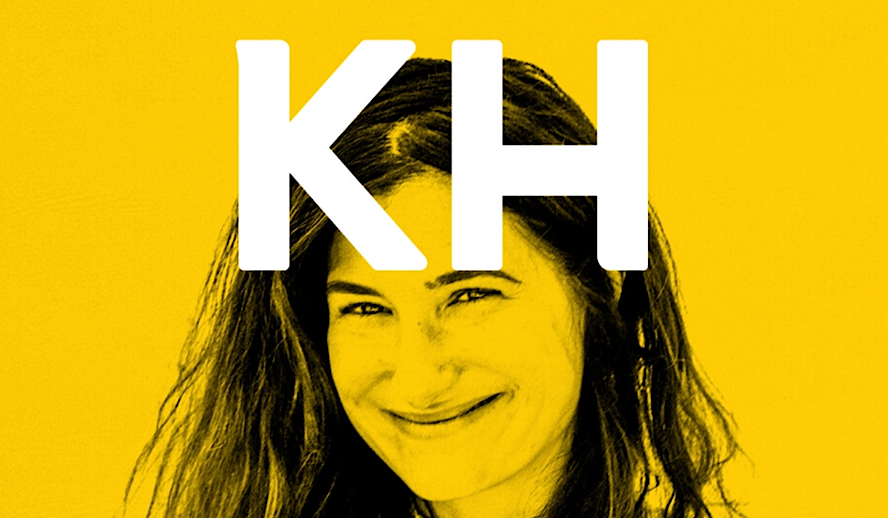 You probably don’t remember when you first watched Kathryn Hahn completely nail a role- it was most likely in those classic early 2000s, Seth Rogen-adjacent movies that really appeal to an audience of teenaged boys and stoners with refined taste, or maybe her work as a blink-and-you’ll-miss-it comedic character for an NBC television show. Once upon a time, her work on ‘Parks and Recreation’ as the political shark and overall #GirlBoss Jennifer Barkley made me laugh so hard I started to cry. Kathryn Hahn is more than an actor, she is the covergirl for a moment in comedy- Hahn is the gift that we pray will keep on giving, and preferably forever.

A signature of its time period, Kathryn Hahn got her start as playing the perky grief counselor Lily Lebowski on NBC’s ‘Crossing Jordan’. Ensemble crime shows were truly all the rage in the early 2000s to mid-2010s (with some fame trickling down into fan-favorites, like ‘Criminal Minds’), and ‘Crossing Jordan’ was very ‘Veronica Mars’ reminiscent; A beautiful young detective who will stop at nothing to fix the crimes of her past by solving the cases in her present. While Kathryn Hahn is certainly a master of comedy, it’s very interesting to view her early work through a more heartfelt, intentional lens. There are lighthearted moments in the show, but overall Hahn keeps a rooted, down-to-earth personality that is refreshing amongst her later roles.

The Beginning of Modern Comedy

While working on ‘Crossing Jordan’, Hahn was able to give stellar performances in an impressive array of movies that really kickstarted the career she’s known for. ‘How to Lose Guy in 10 Days’, the iconic Kate Hudson and Matthew McConaughey romantic comedy, gave Hahn the leg-up into working on the famed ‘Anchorman: The Legend of Ron Burgundy’, ‘The Holiday’, and ‘Revolutionary Road’, amidst others. Perhaps the most infamous spark in her career was the Will Ferrell and John C. Reilly film ‘Step Brothers’ which, love it or hate it, you definitely saw. This series of possibly hokey but earnestly funny movies not only sent Hahn’s career into a new tier of incredible performances but paved the path for a new era of comedy.

Before this era of film, there was a colossal separation between witty comedy, physical comedy, and situational comedy. The genres wouldn’t touch one another with a ten-foot pole. The closest anyone got to mending the gaps was the introduction of mockumentary-style television, beginning with ‘Arrested Development’ and hitting its stride in popularity with ‘The Office’. The late 2000s managed to bring around a new era of comedy that took purposely strong, clever writing and mixed it with the physical comedy signature and a healthy dose of realism. While movies like ‘Step Brothers’ and ‘Zoolander’ are, yes, primitive examples of this daring new trend, Hollywood would certainly be much different without them.

Kathryn Hahn and the Housewife Trope

Kathryn Hahn hit a stride with her first starring role in ‘Afternoon Delight’ (2013), playing an unsatisfied housewife who adopts a down-and-out sex worker in hopes that it will spice up her sex life. It was situational comedy at its finest: Hahn brought the bored, desperate housewife to life in a way that could only be accomplished with her capabilities. Not much later, Kathryn Hahn appeared as the conservatively shielded Edie Fitzgerald, wife of Nick Offerman’s Don Fitzgerald, and the two get caught in Jason Sudeikis’ achingly funny web of lies in the hit comedy ‘We’re the Millers’. It is in roles like that where I believe Hahn is able to shine her brightest- a character, that in any other situation would be almost unbearable to withstand, transformed into a loveable trope that the audience is able to root for.

Kathryn Hahn returns to this wife-esque character that exists for extraneous comedic relief many times throughout her career, but I’m certainly not complaining. Films like ‘This Is Where I Leave You’ or ‘Bad Moms’ revive an idea of family life that isn’t always appealing to the newer generations of film lovers, but they emphasize one very important point in truthful filmmaking: Make films about things you know. Hahn shines in these different roles- not because she is a delusional halfwit with no other function other than to be a housewife, but because she empathizes with the character in a believable and earnest way. Women who have the potential to be very grating characters are turned into a comedic goldmine for Hahn.

Most recently, Kathryn Hahn has been performing in a plethora of animated roles, most notably as the sinister Olivia Octavius in ‘Spider-Man: Into the Spider-Verse’. A surprising turn for Hahn, who had previously appeared only in live-action (save for some brief work in ‘American Dad!’ and ‘Chozen’), but the choice is both fruitful and shows off her incredible ability for creating a signature character that the audience will surely remember. She also appeared as Dessa Constantine in ‘I Know This Much Is True’, the Apple TV drama based around a pair of twins, one of whom is suffering from bouts of schizophrenia, and their life both together and apart.

The Covergirl of Comedy

We have since entered a newer era of comedy (one that is rooted in complex, witty humor more than situational incidents), but Kathryn Hahn will forever be immortalized as one of the true greats in comedy. She stands as a poster child for the years of experimental dramatic comedies, most box office hits that everyone can recall with fond memories, and her future is anxiously awaited with bated breath.

Craving some Kathryn Hahn after you’ve read this? Have no fear, you can watch her in the brand new Disney+ addition to the Marvel Cinematic Universe, ‘Wandavision’! Join Hahn and the enticing cast of characters as she plays Wanda Maximoff and Vision’s nagging, nosy neighbor Agnes, who might have a few secrets of her own.