A Tribute to Eddie Redmayne: The Rise and Journey of the Phenomenal Actor From Theater to Film 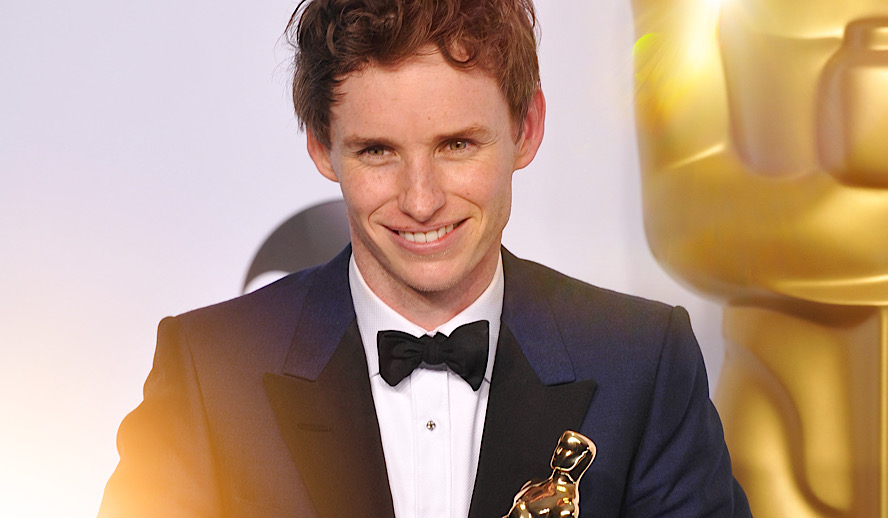 Growing Up Outside of the Industry

Eddie Redmayne was born in the borough of Westminster, London, in 1982. He described in a SAG-AFTRA interview how his parents brought him and his siblings regularly to the theater when he was a kid. Redmayne had no familiar connections to the entertainment industry and credited the acting bug coming from landing a small role in Sam Mendes’s ‘Oliver’ at the London Palladium. The part only had one speaking line for Redmayne, but it was the start of his pursuit of acting.

Redmayne did not go on to pursue a formal education in acting. Instead, he attended Eton College and took a few drama classes before graduating from Trinity College – Cambridge with a degree in Art History. His lack of formal knowledge and training in film was later critiqued by co-star Scarlett Johansson on the set of ‘The Other Boleyn Girl’. Redmayne recalled how Johansson went around asking people on set for the top five films he should watch after she learned that he had not seen ‘The Godfather’ or ‘The Big Lebowski’.

Even though Redmayne did not have a formal acting background, he acted with some pretty big names early on in his career. His first major successes came from landing roles in theater, and these performances helped launch his career in film.

While at Cambridge, Redmayne landed the role of Viola in Shakespeare’s ‘Twelfth Night’. In the SAG AFTRA interview, Redmayne discussed how his time spent on ‘Twelfth Night’ helped cultivate his wonder for acting. The role of Viola came about because the Middle Temple, a barristers Inn, commissioned the Globe Theater to put on the play. The Middle Temple initially commissioned Shakespeare to write the play in the early 1600s, and in honor of the 400 anniversary, it was put on again with an all-male cast as it was originally performed.

Redmayne went back to Cambridge after the play and landed an agent as a result of his performance. After University, he worked in a pub while he auditioned for roles. In a GQ Magazine interview, Redmayne described how it was a great privilege that his parents lived in London while he auditioned for roles because he didn’t have to pay rent. It has since been revealed that he occasionally pays the rent of struggling actors in London who were not as fortunate.

The play that helped launch Redmayne’s career in film was ‘The Goat, or Who is Sylvia’. A casting director read a review of Redmayne’s performance and called him in for a meeting for a part in Robert De Niro’s ‘The Good Shepherd’.

While ‘The Good Shepherd’ earned him a SAG card and was the start of his career in Hollywood, Redmayne’s first significant recognition came from his run in the John Logan penned play, ‘Red’. He acted alongside Alfred Molina in the two-man stage play in London before continuing the run on Broadway. Redmayne won a Tony Award for Best Actor in a Featured Performance in recognition of his acting.

Eddie Redmayne in Television and Film

Redmayne’s resume in television and film continued to grow in the late 2000s with supporting roles alongside acting greats in films like ‘The Good Shepherd’, ‘Savage Grace’, ‘Elizabeth I’, ‘Elizabeth: The Golden Age’, ‘The Other Boleyn Girl’, and ‘Powder Blue’.

In ‘The Good Shepherd’, Redmayne played the son of Matt Damon and Angelina Jolie. This was one of the first movies Redmayne was involved with, and the following films added to the list of acting legends he worked alongside. ‘Savage Grace’ put him across Julianne Moore, and his television performance as Southampton had him alongside Helen Mirren and Toby Jones. It wouldn’t be his last performance in a period piece depicting the life of Queen Elizabeth either; Redmayne acted with Oscar winner Cate Blanchett in ‘Elizabeth: The Golden Age’.

As mentioned earlier, Redmayne’s knowledge of film was questioned by co-star Scarlett Johansson on the set of ‘The Other Boleyn Girl’. However, judging from the CV he held at this point in his career, his lack of a formal background didn’t seem to affect his abilities as an actor. His resume continued to grow with more diverse performances. His role as Jack in ‘The Pillars of the Earth’ miniseries was an excellent performance in his catalog of roles, and his small part in ‘The Yellow Handkerchief’ played a significant role later on in his career.

The Oscars and a Fantastic Franchise

Before heading to the Oscars, Redmayne started to rack up several noteworthy films that showcased the extent of his acting abilities. He already had an impressive filmography at this point in his career, but his role in ‘My Week with Marilyn’ alongside Michelle Williams, and his role in the ensemble of ‘Les Misérables’ paved the way for film-lovers to recognize that Redmayne was a phenomenal actor. An interesting background to his auditions for these two roles was that his audition tape for ‘My Week with Marilyn’ was filmed in his dressing room for ‘Red’, and his audition tape for ‘Les Misérables’ was filmed on his iPhone.

However, not all of his movies by this point were commercially or critically successful. Redmayne described how some roles he played over the years didn’t find an audience. Regardless, he poured his heart into each project. And because of his passion for the parts he played, he was rewarded with arguably the best role of his career so far. When in consideration for Stephen Hawking in ‘The Theory of Everything’, director James Marsh asked Redmayne if he had played any roles that showcased a psychically different performance. He referred the director to his work on ‘The Yellow Handkerchief’, which subsequently helped him land the role.

Related article: ‘The Trial of the Chicago 7’: History Repeats Itself in Aaron Sorkin’s Salient Masterpiece

Redmayne’s part in ‘The Theory of Everything’ earned him the Oscar for Best Performance by an Actor in a Leading Role. He would again be recognized by the Academy in the same category just a year later for his performance in ‘The Danish Girl’. By this point, it was clear for all to see that Redmayne was one of the best actors of his generation. When Redmayne landed the part of Newt Scamander in J.K. Rowling’s ‘Fantastic Beasts and Where to Find Them’, he carried a considerable pedigree to his name.

Redmayne acted in the sequel to ‘Fantastic Beasts’, and three additional films are planned for the series. While this takes up a considerable chunk of time for the actor, Redmayne made space for a few other movies as well. A notable performance among these other films is in Aaron Sorkin’s ‘The Trial of the Chicago 7’. Redmayne played the part of Tom Hayden in the Netflix historical drama.

Redmayne’s upcoming films include ‘Fantastic Beasts and Where to Find Them 3’ and ‘The Good Nurse’. His contribution to the acting world is already vast and will only continue to grow.

We, at Hollywood Insider, will continue to support you and cheer for you as you continue to dazzle us with the beauty of characters and your talent. Thank you for all the amazing performances you have given us so far.