After ‘Parasite’ from Bong Joon-Ho, What Should You Watch? A Look into his Underappreciated Work 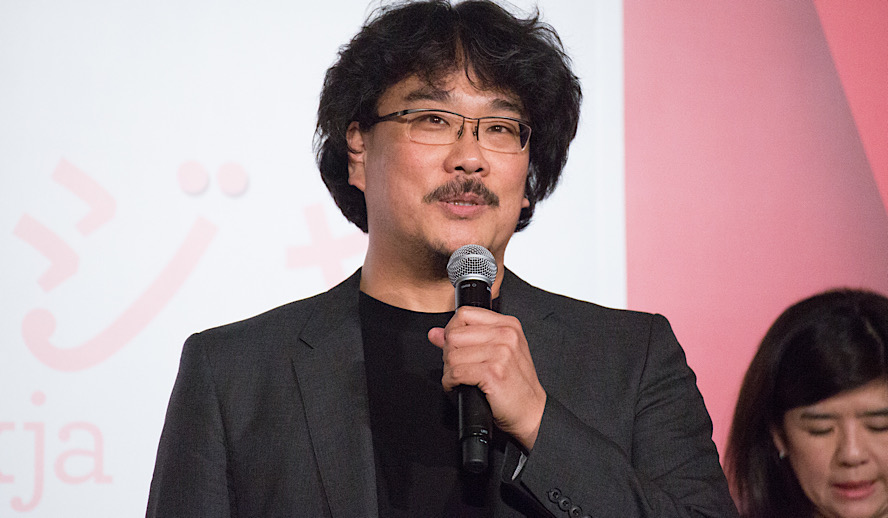 ​After the legendary director Bong Joon-ho swept the Oscars with four awards, one for best original screenplay, best director, best international feature, and lastly, best picture, there was a tour de force energy around Parasite. Audiences who had not yet seen the comedy-thriller suddenly were alive with conversation about the film. “Who is Bong Joon-Ho?”, “What is Parasite?”, “What other films has he made?” These were common questions that were not only asked to me, as a film student and avid fan of Bong Joon-Ho, but questions that circulated the internet immediately after Bong’s win. I am here not to talk about Parasite, because that film is already receiving adequate time in the spotlight, and is one of the most talked about films of last year. South Korean, or foreign filmmakers in general, do not get much attention in America. Which is why I will spotlight his other masterpieces: Okja, The Host, Snowpiercer and Memories of Murder, most of which you can conviently watch online via Netflix or Youtube!

Memories of Murder: Chilling Tale Keep up with a Serial Killer

Starting off with his earlier works, Memories of Murder also stars Song Kang-Ho, who recurs in many of his films such as The Host and Parasite. The story is centered around an investigation into a serial killer in a small town in Korea, which is actually based on a true string of events that occurred from 1986 through 1991 in Hwaseong, Gyeonggi Province. After the pattern continues, the detectives struggle to keep up and find the killer with basic technology and tools. Since this is set in that era, DNA technology was in its very early stages and police forces mostly relied on fingerprint evidence. Frustrated that they continually lose lives despite their best efforts, the detectives begin to grasp at straws, questioning anyone and will use any means necessary to get information. This film is a thrilling race against time, as the team tries to find the culprit before another body is discovered. Each scene is increasingly more tense than the last, as each character is being pushed further and further emotionally, and we are being asked “who do we side with?”. Boundaries are constantly being pushed and tested, but there is a killer out there. Do we agree with this? How far are we willing to go? Though this is an emotional, intense, crime-drama that I cannot recommend enough, because it was based on true events, it was taken down after the capture of the killer out of respect for the families and the victims. Criterion will be releasing the film on their streaming platform, along with Parasite, however they have not announced a release date.

Snowpiercer is one of my favorite films by Bong, as I have always had a love for the dystopian genre. Starring Chris Evans as the main protagonist, Curtis, and Tilda Swinton as the villain, Mason, it is unfortunate that this film flew under the radar. Based on a French graphic novel of the same name, Snowpiercer takes place on a future Earth that is now frozen over due to climate change. The solution to this life-threatening issue? Humanity has built a never-ending train that constantly travels from one end to the other. The poor live in the lower compartments of the train, barely surviving on scraps and huddling together for warmth. While, the upper compartments eat well, are educated, and never feel the bitter cold. Bong has expertly crafted this setting that works as an allegory for both environmental destruction and the growing income inequality around the world. I cannot give Evans enough praise for this role, as he leads a rebellion to the mythical “Engine” and overthrow the mysterious drivers of the train. There are tense fight sequences throughout, especially in closed quarters. You can easily watch Snowpiercer anytime on Netflix. Also, Bong Joon-ho recently announced he is producing a show for HBO based on this film, so if the premise intrigues you, check it out!

Okja is a blend of a heartfelt drama, action adventure, and shocking horror.

Okja is another masterpiece that I highly recommend. Humanity is also facing another crisis in this film: hunger. Overpopulation and poor management of food has set humanity in a difficult position. Thus, the Mirando corporation has come up with a solution: genetically modified giant pigs, so that we can have more food. Seo-Hyeon Ahn (Mija) is one of the few farmers selected to raise these super pigs over the course of ten years, though unaware of Okja’s ultimate fate. Upon discovery of Mirando’s true intentions, Mija sets off to rescue her turning this into an emotional action adventure. As we can see, Bong Joon-Ho has a trend in his films: making incredibly entertaining films with incredibly large, hidden messages. In this case, it was our food production and how safe are the animals which we eat. Seo-Hyeon Ahn is an absolute superstar in this film with her balance of vulnerability and intensity. She more than sells us on the notion that she loves Okja as we watch them bond in the hills of Korea and then risk her life for her time and time again in exhilarating chase sequences. This cast is filled to the brim with amazing performances, Tilda Swinton does an incredible job as the charming, yet apathetic villain. We also get a range of supporting performances from Paul Dano, Steven Yeun, Jake Gyllenhaal, and Giancarlo Esposito. Please check it out on Netflix, it is a heartfelt journey from start to finish, and every last performance is truly exceptional.

The Host subverts expectations for the horror genre at every turn – Bong Joon-Ho’s brilliance.

Of course last but not least is The Host. I should disclose off the bat, I do not typically like monster movies, as I believe that the character development runs thin and directors rely on cheap scares. However, Bong subverts the genre in almost every possible way. Instead of the scares or deaths being expected, every scenario is flipped on its head. There are many characters throughout, but he takes the time to develop each and every one, thus when and if they die we feel that loss. Bong knows to use deaths sparingly, otherwise it would just feel meaningless in this film. The Host is veiled like your typical monster film, but has deeper messages under the surface. After careless military personnel throw bottles and bottles of chemicals into the Han river, a creature has mutated, reeking havoc on local residents. As you can see just by this set up alone, Bong is attempting to get audiences thinking about environmentalism through an exciting and thrilling monster movie. This film had me gasping, jumping, and yelling at my television. One thing that I learned from watching Bong’s film’s is that you never know what to expect walking into any of his films, and I believe this is a prime example of that. I will give Song Kang Ho who played Park Gang-Doo, the male lead, more praise (why hasn’t he gotten an Oscar nomination already?), as he was a perfect mix of ditzy, yet strong and heartfelt. Another standout was Park Hyun-seo (Go Ah-Sung), who played Gang-Doo’s daughter. All in all, an incredibly emotional and fierce performance given by someone so young. You can watch The Host for free on Youtube or Tubi anytime.