‘Jackie’ and the Forbidden Intimacy of a National Tragedy 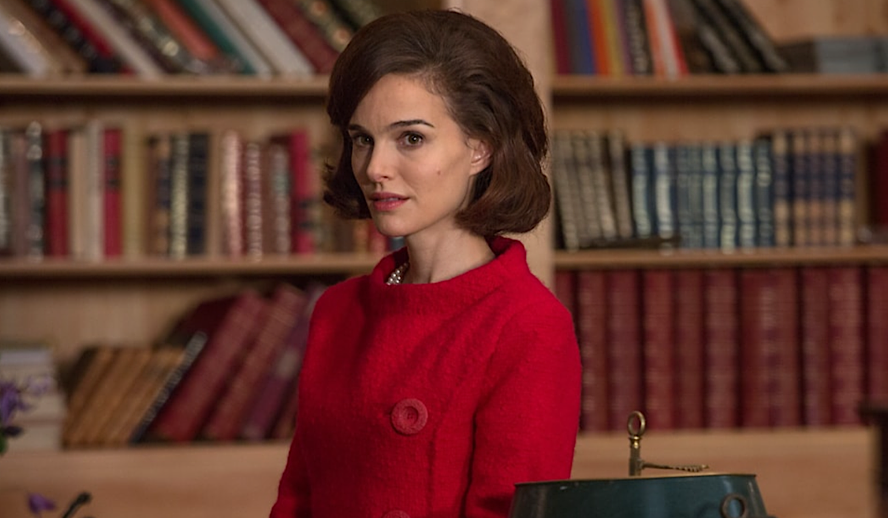 The Shattered Persona of a Woman Who “Had It All”

Jackie is a quiet film; it’s meant to feel like nothing is happening because the beauty of the film lies in silence, in a timeless moment of grief during one of the most publicized events of the twenty-first century. John F Kennedy’s assassination was so loud, so shocking, so world-stopping, that it is easy to forget that his death was not just the death of a president, but the death of a father and a husband. Ultimately, however, the movie revolves around Jackie Kennedy. It is not necessarily a narrative-driven film, but a portrait of a woman coming to terms with her husband’s violent murder. The entire movie serves as a sort of devil’s advocate, consistently presenting its audience with the harsh realities of life in the American political system, all the while using Jackie as its anchor. Natalie Portman serves as the human connection, the point at which the assassination turns from a president’s death to the horrific loss of a lover. Jackie is relatable, heartbreaking, but most of all, intimate in its dedication to presenting Jackie Kennedy as exactly what she was: a woman in mourning.

The cinematography, shot by Stéphane Fontaine, displays the dichotomy between the political composure with which Jackie has to conduct herself in formal settings and the vulnerability of her grief in the private sector. The shots in this film feel tangled together in an overwhelming confusion, mirroring the struggle through which Jackie attempts to reconcile her anguish with her public image. The establishing shots are almost always symmetrical in their composition, highlighting the detail and coldness with which the American government operates. In contrast, Jackie’s most vulnerable moments are detailed with shaky, handheld close-ups to point to the poignancy of her mourning. After JFK’s death, Jackie floats around in her iconic, pink Chanel suit until, at last, she is pictured alone in the White House. For the first time, we see blood covering her skirt. One seemingly out-of-character following shot shows us how much of the violence surrounding JFK’s death we, the audience, have been shielded from. It is only when Jackie is alone and vulnerable that the true gravity of the assassination is revealed. Shaky close-ups later display the blood on her stockings as she undresses, once again accentuating the fact that although she appears composed and stable under public scrutiny, she is volatile with grief on the inside.

The use of camera movement is also intentionally subtle. Zooms, pans, and tilts are used sparingly in the film, most frequently to place importance on the political decorum surrounding JFK’s death. Zooms are mostly used in straight-on shots, highlighting the subject (usually Jackie) in close-ups and the setting in establishing shots. Most typically, camera movement is used to immerse the viewer in the story, making it feel like the events onscreen are translating their way into real life. But, in Jackie, the camera movements are used to emphasize the scale of Jackie’s tragedy. Dolly and crane shots are employed to capture the few large-scale sets in the film, such as the funeral procession or the Hyannis Port house. They remind us that while this woman struggled with her husband’s death, the nation watched.

One of the most important aspects of a period piece is the production design, and Jackie does not disappoint. For one, the film was nominated for Best Costume Design at the 89th Academy Awards. The costume design for the film is surprisingly self-aware, approaching general pop culture knowledge with a more subtle, almost ironic tone. For one, the costumes that Portman wears throughout the film play off of the idea that Jackie was a “fashion icon” and use that presumption to fuel the intimacy of her mourning. One scene in particular, which features Jackie wandering through the White House in a variety of posh, formal dresses while drinking wine, uses the extravagance of her style to highlight the falsity of her public image. Though she is beautiful and impeccably dressed, she is suffocating on the inside. She seems poised and controlled in these shots, but there’s a lingering feeling of shallowness in the way Portman conducts herself. She floats around from room to room, distant and aloof to matters of the public, all the while dressed as gracefully as the First Lady should be. The film features references to her status as a fashion trailblazer a few more times throughout, but almost as if to say, “Look at all this woman went through and experienced, she is so much more than an object to admire.” Thus, the fashion of the film’s most vital purpose is to highlight the bewildering importance of Jackie’s political appearance.

Another aspect of the production design to mention are the settings and set design around which the film takes place. Of course, the main setting for the film is the White House, but it is cast in a more nuanced way than we typically see in mainstream media. Instead of focusing on areas like the South Lawn or Oval Office, most of the scenes in the White House take place in the private living quarters, such as the Kennedys’ bedroom or the children’s playroom. The juxtaposition of featuring such a well-known building as a personal, private residence once again accentuates the intimacy with which this film approaches Jackie’s mourning.

Natalie Portman Carried this Film with Her Performance

Finally, it feels completely preposterous to ignore the main thing that makes this film so compelling to watch: Natalie Portman’s performance. Though emotional throughout the entire film, Portman’s performance is nuanced and complex, lingering on the overwhelming weight of her husband’s death. She communicates her emotions rarely with her words and almost always with her eyes. The slight furrow of her brow when Bobby explains that President Johnson wants to downsize the funeral procession, for example, or the opening scene, where we can’t quite tell if Portman is about to cry or swallow her feelings to smile. There are layers to every facial expression that emphasize Jackie’s attempts to control her despair in the public eye.

Even when she is poised and polite, she feels fragile, almost as if she’ll break down into tears at any moment. Though delicate, Portman also uses her performance to draw attention to Jackie’s determination and power in the aftermath of the assassination. Her extravagant plans for a funeral and her unwillingness to compromise on Jack’s legacy underline every tear she cries in the privacy of her loneliness. These dueling portrayals of Jackie’s public strength in tragedy to her grief in private places make her incredibly sympathetic. Portman strives to communicate that though Jackie was courageous in the wake of JFK’s death, she was also, most simply, a person in mourning.

To sum up, Jackie is a truly beautiful, but devastating, film to experience. It’s about a woman who tragically loses her husband and the devastating grief that she is forced to hold inside. Yes, it’s quiet, and “nothing really happens,” but that’s not a bad thing. Grief is quiet, lonely, and intimate, and that’s exactly what the film is trying to say. This film exists in those quiet spaces between grief and publicity, falsity and heartbreak, fashion and destruction. It is an intimate portrayal of a national tragedy; a film that takes time to show the behind-the-scenes vulnerability of a woman who presented herself as the image of strength to the public eye.