All Indiana Jones Films, Ranked – The Indy Adventures Are Great Fun, But In What Order? 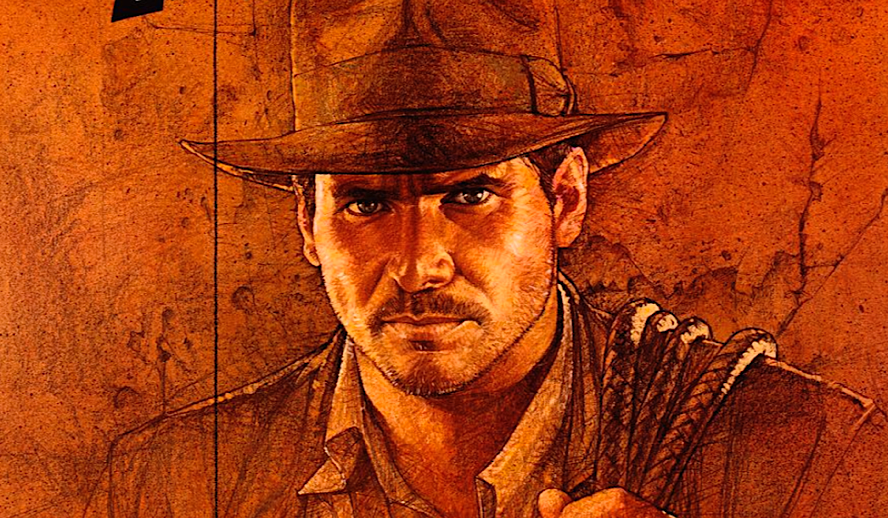 The Indiana Jones films are notable for being extremely exciting and for maximising the star power of its eternally charming, sarcasm-prone star, Harrison Ford. The franchise boasts the oomph you would expect of a team that combines the talents of Star Wars creator George Lucas, Hollywood legend Steven Spielberg, and uber-composer John Williams. At their best, the Indiana Jones films maintain a B-movie feel despite their huge reach. The franchise isn’t perfect though – its depiction of all things non-American is highly problematic, and it suffers from, well, the existence of its fourth entry. Speaking of…

#4 Indiana Jones And The Kingdom Of The Crystal Skull (2008)

Crystal Skull was doomed from the get-go. It simply didn’t need to be made after what was a very conclusive third film in The Last Crusade. Crystal Skull isn’t terrible, but it really isn’t good. The various Indiana Jones tropes appear as if to tick off a checklist rather than out of necessity to the story. Though the Indiana films are generally silly, Crystal Skull feels overtly stupid. The alien plot feels like it belongs to another franchise, and certain sequences like the nuclear-blast-fridge-escape are just too much.

Indiana Jones is appealing because it always has its feet somewhat on the ground even in heightened moments, but Crystal Skull flies off into the stratosphere far too often. Though he is brilliant as grizzled Indiana, Harrison’s Ford’s age is distracting in certain action scenes. Indy completes feats of athleticism that even his younger self couldn’t achieve, and it just feels too unrealistic. The supporting characters are for the most part, poorly written. Cate Blanchett’s villain is comically terrible, and Ray Winstone’s double-crossing sidekick is never anything other than infuriatingly hollow.

The one thing you would expect from a modern remake is for the visuals to be upgraded. Surprisingly, this isn’t even true of Crystal Skull – its overdependence on CGI makes it easily the worst Indiana Jones film visually as well as narratively. It doesn’t progress the franchise ethically either – Crystal Skull had the opportunity to steer away from the racist depiction of natives in previous films and, well – it doesn’t.

There are a few good things about Crystal Skull. It’s nice to see Indy and the gang back together again, and Marion’s (Karen Allen) return is particularly welcome. I don’t mind Shia LaBoeuf as Indy’s son, Mud, and Spielberg sure knows how to film an action set-piece. However, this isn’t enough to save what is ultimately a pointless, unemotional extension of a franchise that didn’t need reviving.

Things get much better here, although it is with a heavy heart that I place Temple Of Doom  behind the next two entries. This is because, in some ways, I actually like Temple Of Doom more. It is one of the bravest second entries I have ever seen in any film franchise. Though Raiders Of The Lost Ark was violent for a kids movie, Temple Of Doom is so violent that it shouldn’t even be considered a kids movie at all.

This makes it an inherently fascinating watch because it is so baffling that some of its content (which includes a man ripping out another man’s heart and burning him alive) was initially deemed appropriate for a PG certificate (In fact, Temple essentially created the need for the PG-13 rating). The increasing nastiness of Temple’s third act is more reminiscent of Apocalypse Now than it is of Star Wars. I say this as a compliment, but I understand why this has put some people off the film.

Temple is probably the most distinct Indiana adventure in terms of its setting. Firstly, the mostly on-location cinematography is incredibly engrossing. Once we get to India we are stuck in the Temple, which not only helps set the film apart geographically but also gives it an exciting sense of claustrophobic terror.

The main element that holds Temple Of Doom down from a narrative perspective is that it lacks the heart (figuratively, not literally) of The Last Crusade and Raiders. Marion’s absence is felt as she is replaced by a far more by-the-numbers love interest, and the darkness occasionally threatens to overwhelm.

Temple Of Doom’s main offense is its irresponsible display of Indian culture. The Indiana Jones franchise inherently contains undertones of racism, and at the very least, imperialist sentiment – in all its iterations its all American hero goes around fighting other white Europeans for native treasure whilst almost always disciplining the savage natives in the process, whose interests are never of any discernible concern. It is possible to take humour out of the ludicrous presentation of Indians in Temple of Doom (the nasty food scene is so insensitive it’s almost funny), but the fact that they are universally presented as either deranged savages or buffoons leaves a sour taste in the mouth.

Indiana Jones And The Temple Of Doom is an alarmingly brazen film given its responsibility as a family-friendly blockbuster. This gives it a cheeky appeal but it is also its main downfall.

Indiana Jones And The Last Crusade is certainly a safer, more formulaic film than its predecessor. It is also better. The main reason for this is the relationship between Indiana and his father Henry Jones, played by the brilliant Sean Connery. The chemistry between the two characters is genuinely electric. Their dynamic is very well written – it becomes the film’s emotional core which elevates much of the other content in the film. Like Raiders before it, The Last Crusade takes joy in its action scenes. The set pieces are incredibly exciting – the meeting with Hitler, the Nazi mansion sequence, the Venice boat chase, and the Holy Grail finale are all tremendous fun. The film is also very funny – there is a consistent laugh rate higher than the majority of modern comedies.

Related article: A Look at Some of the Most Iconic Movie Posters in the History of Film

The Last Crusade is a bit formulaic – Spielberg wanted to undo the controversy of Temple Of Doom by returning to the lighter tone of Raiders, and it shows. Still, the relationship between Indy and his father and the sheer fun of the action set pieces are enough to earn The Last Crusade second place in my ranking.

Raiders Of The Lost Ark is one of the best adventure films ever made. It gets all the credit for introducing the iconic character of Indiana Jones, and for doing it so brilliantly – the introductory set piece is a perfect encapsulation of everything likable about the franchise.

The globe-trotting feels more necessary than it did in later installments. The scares are genuinely effective – the final group face-melting is a glorious climax. The over-the-top villains are also at their best in Raiders – the Nazi general is both hammy and genuinely threatening.

Related article: The Importance of Awards: A Reminder That Awards Aren’t God

Many of the later films have romance, but the relationship between Indiana and Marion was never toppled or even equalled. Marion is actually well written (the only well-written female in the franchise) – you see exactly why the two would be a good match and where they wouldn’t be. Additionally, the Ark remains the best treasure item in the franchise – you anticipate its use far more than you do the franchise’s other macguffins.

Although Temple’s aggression would later take the cake, Raiders is also surprisingly violent for a “kids” film – this is a strange feature of the franchise which gives it a distinguishing edge in comparison to other kid-friendly blockbusters.

Ultimately, most of the good in later Indiana Jones instalments was already present to a higher degree in Raiders Of The Lost Ark – it is the crowning, outstanding jewel of an otherwise solid franchise.