The Rise and Journey of Anne Hathaway: From Genovian Royalty to Oscar Winner 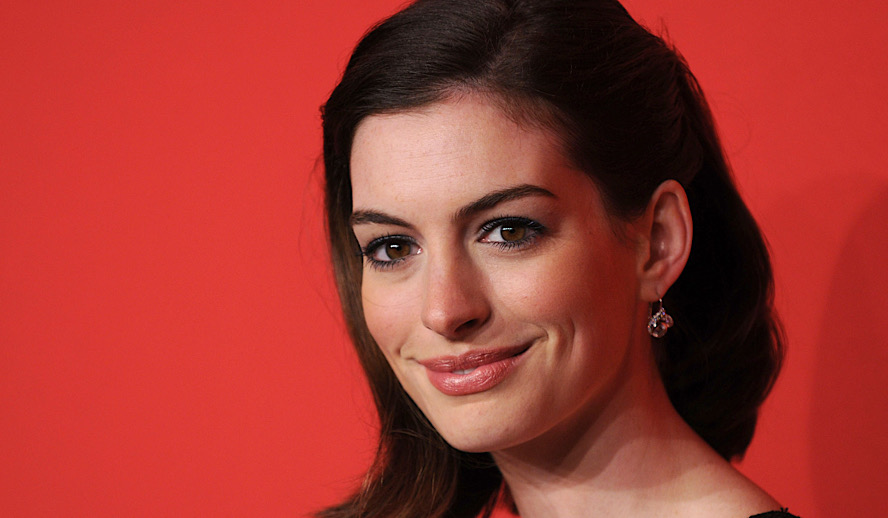 Anne Hathaway has been in the film industry since the early 2000s. The multifaceted actress has delivered a variety of performances over the last two decades. The New York City native is best known for her roles in ‘The Princess Diaries’ films, ‘The Devil Wears Prada’, ‘Les Misérables’, among numerous others.

Flashing Back to Anne Hathaway’s Childhood

At the age of six, Hathaway watched her mother perform as Fantine in ‘Les Misérables’. This is the moment she fell in love with the stage. Unfortunately, her parents weren’t on board with the idea of her pursuing an acting career. During her time in high school, she participated in many plays and appeared in plays at New Jersey’s Paper Mill Playhouse.

In 1993, she studied at the American Academy of Performing Arts. She was the first teenager to be admitted into the Barrow Group Theater Company’s acting program. After her time there, she spent several semesters studying English. If she wasn’t an actress, Hathaway would have been an English teacher or a psychologist.

Her breakthrough role came with her acting debut in ‘The Princess Diaries’. The film follows a teenager Mia Thermopolis (Hathaway) who discovers that she’s the heir to the throne of a fictional kingdom called Genovia. The film became a critical and commercial success making $165 million worldwide. People magazine named the actress as one of its breakthrough stars of 2001.

In 2004, she starred as Ella of Frell in ‘Ella Enchanted’. The fantasy romantic-comedy follows Ella as she navigates life and love in a fairy-tale world while trying to break a curse that was given to her by her fairy-godmother as a baby. The film received mixed reviews and gave a poor performance at the box office. In the same year, she reprised her role as Mia Thermopolis in ‘The Princess Diaries 2: Royal Engagement’ which received mostly negative reviews but was a box office success making $95 million.

After her breakthrough role in 2001, the actress tried her best to avoid getting typecast so she began taking on adult roles. As a result, Hathaway starred as Lureen Newsome Twist in the 2005 drama ‘Brokeback Mountain’ alongside Heath Ledger and Jake Gyllenhaal. The film depicts the emotional and sexual relationship between two married men, Ennis (Ledger) and Jack (Gyllenhaal). The film garnered critical acclaim and received several Academy Award nominations. Hathaway stated that the content of the film was more important than the awards it received and making this film made her more aware of the stories she wanted to tell as an actress.

In 2006, she starred as Andy Sachs in ‘The Devil Wears Prada’ who is the assistant to powerful magazine editor Miranda Priestly (Meryl Streep). The actress said working on the film made her respect the fashion industry more than she ever did before. Overall, the comedy film received positive reviews and became Hathaway’s biggest commercial success to that point, grossing more than $326.5 million worldwide.

Hathaway starred as Emma Allan in the 2009 romantic comedy ‘Bride Wars’ which ultimately failed in the box office and with critics. The film follows two best friends, Emma (Hathaway) and Olivia (Kate Hudson) who end up having their weddings planned on the same day which causes a huge rift between them.

The actress pulled off three notable films in the first year of the new decade. The first being ‘Valentine’s Day’ which has an all-star cast including Julia Roberts, Ashton Kutcher, Jennifer Garner, and Taylor Swift. The film broke the box office earning $215 million worldwide. She portrays Liz who is in a relationship with mail clerk Jason (Topher Grace). Their relationship is one of many that is explored in this film.

Hathaway starred in Tim Burton’s 2010 live-action adaptation of ‘Alice in Wonderland’ alongside Mia Wasikowska, Johnny Depp, and Helena Bonham Carter. She portrays the White Queen and reprised the role in the 2016 sequel ‘Alice Through the Looking Glass’. Critics praised the visuals of the 2010 film but weren’t fond of the inconsistent narrative. It grossed $1 billion worldwide and became the second-largest grossing film of 2010.

In the same year, she starred in the romantic drama ‘Love & Other Drugs’ alongside Jake Gyllenhaal. Critics were fond of the adult relationship but not so much with the elements of the plot.

Hathaway made her voice acting debut as Jewel, a female Spix’s macaw, in the 2011 animated feature ‘Rio’ which was praised for its visuals, voice acting, and music. It was a commercial success earning $484 million worldwide. She would reprise the role in the 2016 sequel ‘Rio 2’ which surpassed the original film in terms of worldwide box office numbers.

After making waves in the animation realm, Hathaway starred as Selina Kyle in ‘The Dark Knight Rises’ and trained extensively for the role.

Her performance as Fantine in the 2013 film ‘Les Misérables’ received critical acclaim and numerous nominations for awards. She won the Academy Award for Best Supporting Actress in 2014. In an interview with The Guardian, the actress details her reaction to winning the award, “I felt wrong that I was standing there in a gown that cost more than some people are going to see in their lifetime, and winning an award for portraying pain that still felt very much a part of our collective experience as human beings.”

She starred in Christopher Nolan’s 2014 science fiction epic ‘Interstellar’ alongside Matthew McConaughey. The film depicts a group of astronauts who travel through a wormhole in search of a new humanity. It was partially filmed on IMAX cameras and had a $165 million budget. The film was a box office success making a little over four times the film’s budget, $701 million.

The middle to later half of the 2010s had Hathaway starring in comedic roles. In 2015, she starred in the 2015 comedy ‘The Intern’ and alongside Robert De Niro. The film’s premise follows Ben Whittaker (De Niro) who is a 70 year-old widower and becomes a senior intern at an online fashion site run by Jules Ostin (Hathaway). The film grossed $194 million worldwide.

In 2018, Hathaway starred in the all-female ‘Ocean’s Eleven’ franchise spin-off, ‘Ocean’s 8’. Her co-stars include Sandra Bullock, Cate Blanchett, Awkwafina, Mindy Kaling, Rihanna, Sarah Paulson, and Helena Bonham Carter. The film follows a group of criminals who create an elaborate heist to rob the Met Gala. Hathaway portrays Daphne Kluger, a famous and egotistic actress who has a hidden agenda of her own.

The actress found the role fascinating because she got the opportunity to play a character with a huge ego. While the film was a commercial success making $297 million worldwide, critics believed that her performance stood out amongst her co-stars and gave the film mixed reviews.

In 2019, Hathaway starred in the thriller ‘Serenity’ and the comedy ‘The Hustle’. Unfortunately, both films performed poorly at the box office and received negative criticism. The actress showed up on our small screens in Amazon Prime Video’s romantic anthology series ‘Modern Love’ by portraying Lexi, a woman with bipolar disorder.

As far as recent roles, she was in the 2020 adaptation ‘The Witches’, and critics gave her performance positive feedback. In the same year, she starred alongside Chiwetel Ejiofor in ‘Locked Down’. Both films were released on HBO Max.

The actress will be playing a lead role in a film based on the ‘Sesame Street’ franchise. She is also starring in an adaptation of Pamela Druckerman’s book ‘Bringing Up Bébé: One American Mother Discovers the Wisdom of French Parenting’. She will be teaming up with fellow actress Jessica Chastain in the psychological thriller ‘Mothers’ Instinct’. She has also signed on to star in Apple’s scripted WeWork project called ‘WeCrashed’ along with actor Jared Leto. The drama series is set to premiere on Apple TV+.

Over the last two decades, Anne Hathaway has given us an array of performances that are certainly memorable. Her dedication to the craft is why she is widely known all over the world and received critical acclaim, numerous awards, and nominations for the roles she has played. We can’t wait to see what this talented actress has in store for us for years to come whether that is on the big or small screen.