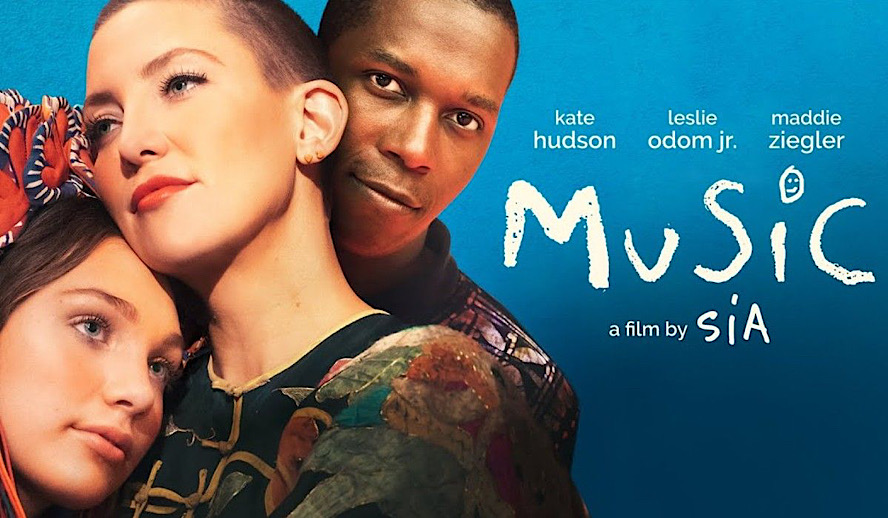 I want to start off with a brief disclaimer for all readers: I, myself, am not on the autism spectrum, but in this feature, I will do my best to uplift voices from the autism community and echo the complaints that this community has vocalized about Sia’s new film.

Now that that’s out of the way, let’s get into it.

Sia is an Australian singer-songwriter known for her songs “Elastic Heart” and “Chandelier”. She is also known for her close collaboration with former ‘Dance Moms’ star, Maddie Ziegler. Ziegler is often noted to be Sia’s muse, appearing in multiple music videos and stage performances with the singer. Therefore, it’s only natural that Ziegler would appear in Sia’s newest film, ‘Music’. Except, it’s actually not natural at all because Ziegler plays a non-vocal, autistic child in the film, despite being able-bodied and neurotypical herself. Beyond this poor choice in casting, Sia has landed herself in some hot water for her insensitive and lazy responses to the autism community on Twitter.

Moreover, the film itself is an insult to independent filmmakers everywhere, triggering exceedingly awful critical reviews. On Rotten Tomatoes, ‘Music’ holds an audience score of 14% and a critical score of 9%. On IMDB, the film has a rating of 3.1 out of 10. Clearly, the public has spoken up to voice their dissatisfaction with this film. Despite this, the film was somehow nominated for not one, but two Golden Globe Awards at the 2021 Awards Ceremony. Though it didn’t win in any of the categories it was nominated in, it is an absolute disgrace that the film was nominated at all, even when you’re just taking the critical reception into account.

Flagrant Disregard for the Autism Community

Firstly, I would like to start by examining Sia’s casting choice of Maddie Ziegler as an autistic girl. Many people on Twitter were upset when they heard about this decision as they felt it took away an opportunity for realistic representation. First off, we don’t have enough representation of autistic individuals in film and television, and there are almost no examples of an actual disabled person playing an autistic individual on-screen. Most of the time, it’s trained actors who take on these roles, which is problematic in that it creates unrealistic examples of what autism looks like as well as takes away from the already-limited opportunities for autistic actors to perform. In November 2020, Twitter-user Bronagh Waugh tweeted, “Hi Sia, can I ask why you didn’t cast a disabled actor for this part? It’s pretty offensive the way you’ve chosen to portray this character.

People with disabilities are not broken and don’t need fixing.” In response to this tweet, Sia stated that she felt it would be “cruel” to cast someone on the same level as the character she wrote. In another set of tweets, an autistic actor volunteered their services for the film, stating that they would be happy to have acted on short notice. In response, Sia simply replied, “Maybe you’re a bad actor.” I want to focus on this one tweet for just a minute because I feel it’s a prime example of the defensive way that Sia responded to most of this backlash and also the laziness of her responses.

The tweet itself is not only insulting, but it’s rooted in an excuse instead of an explanation for her choice. Not only that, but Maddie Ziegler is in no way a professional actress. She was fourteen at the time of filming and had never acted in a feature-length film before. Now, I’m not saying that all inexperienced actors are necessarily bad, but just that Sia’s response about members of the autistic community being “bad actors” doesn’t really have much weight to it when she cast a fourteen-year-old, nonprofessional actress.

An Abuse of Sia’s Pre-established Platform

In addition to Ziegler being inexperienced, ‘Music’ is also Sia’s first directorial endeavor. Most directors, especially ones that are new to Hollywood, have to work for years in order to get an opportunity like this. Sia, with her pre-established contacts, was able to get a budget of $16 million for her film, as well as a cast of professional actors and actresses like Kate Hudson, Leslie Odom Jr., and Ben Schwartz. This is frustrating to me because there are so many excellent stories that lack the resources to become feature-length films. Instead of supporting up-and-coming filmmakers with unique perspectives, or disabilities, Sia used her resources to fund a“vanity project”, as one Rotten Tomatoes critic calls it.

And on top of all this, it somehow worked! Her film received two Golden Globe nominations, one for Best Picture. This is absolutely ridiculous and a perfect example of the nepotistic values that rule Hollywood. Despite the controversial public response, the Hollywood Foreign Press Association decided to nominate it anyways. This is outright wrongdoing against members of the autistic community as the HFPA ignored their voices and complaints, simply perpetuating the harmful agenda that Sia established when the backlash first began.

Sia’s response to criticism of her film is ultimately rooted in a defensive, immature coping mechanism that ignores valid points made by the autistic community in favor of defending herself and her “vanity project”. The whole situation is very telling of the kind of person that Sia is; even how she decided to create the film in the first place reeks of egotistical, selfish motivation. In an interview with Variety, Sia states that after directing the music video for “Chandelier”, she had enough confidence in her directorial skills to create ‘Music’. She goes on to say, “How hard could this be, it’s like making a music video but every day for 40 days?”

As somebody who studied film and participated in many productions on set, I can tell you that this viewpoint is simply insulting. It is patronizing and condescending to the amount of work that it takes to create a film, as well as minimizes the difficulties that many independent filmmakers experience while trying to get funding to tell their stories. Overall, reading Sia’s comments about the making of this film shows that she has very little respect for not only the autistic community but also the filmmaking community as a whole. She lacks the awareness and acknowledgment of her own privilege as a celebrity with a pre-existing platform and, thus, the resources needed to produce this film.

On the whole, it’s incredibly disappointing to me that this film got made, not only because of its offensive casting choices but also because of the lack of respect that Sia seems to have for the general public, aka her audience. What’s even more disappointing is that despite poor critical reviews and controversial reception from the public, this film still managed to snag a Best Picture nomination at the Golden Globes. How this happened, I honestly cannot say. But I can tell you that it’s a blatant example of the nepotism that rules Hollywood and ultimately overpowers minority communities. It’s frustrating to see Sia’s responses with their lack of respect, acknowledgment of privilege, and defensive nature.