Why the World Needs ‘The Muppets’ 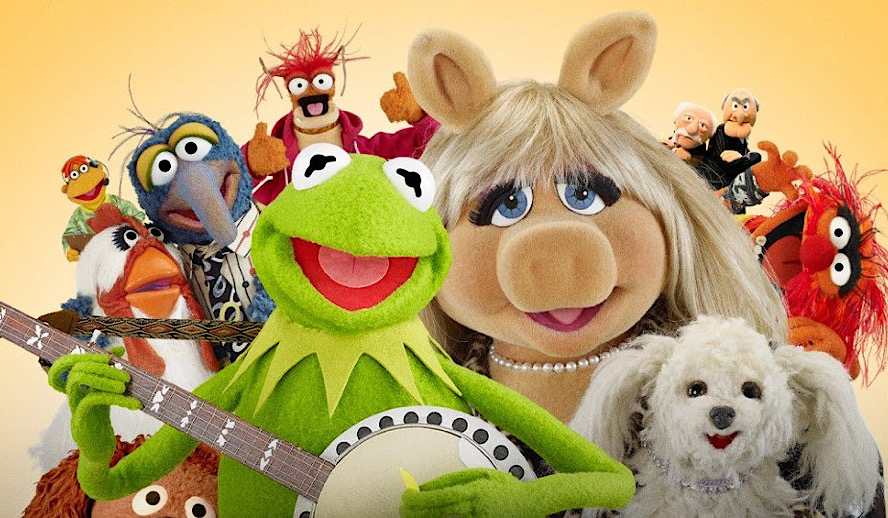 In high school, much like all on-trend teenagers, I went through a Muppets phase. I binged every episode of The Muppets Show, I had every character’s stuffed animal counterpart, if I could, I would have gotten Muppets decals on my car and the only thing that stopped me was the fact that I didn’t have a car. Slowly as I entered college, I forgot about the Muppets. But when you are bored in quarantine and start digging around your childhood room, you unearth some things from your past. Sure, for “normal” people they might find some old rock posters or maybe an old and long forgotten about a stash of “oregano”, but I found my Muppets DVD set. I watched a few movies and immediately, I realized why I loved the Muppets back in high school.

The Muppets 101: a Frog, a Pig, a Bear, an Alien, a Weird Hairy Monster, a… IDK what Animal’s Supposed to Be, and a Dream

Many people equate the Muppets with Sesame Street and therefore think that the Muppets brand is meant for preschoolers. Though many people who worked on Sesame Street would later join the team that worked on the Muppets such as Jim Henson and Frank Oz, the two brands could not be more different. The Muppets are not intended to educate kids on the alphabet or counting. The premise of the Muppets is a frog that starts an entertainment troupe with a bunch of other felt puppet animals who have no idea what they’re doing.

Yes, the primary audience meant to be kids and according to Common Sense Media, the most recent incarnation of the Muppets is appropriate for anyone five and up. But if the Muppets were purely meant for kids, would the 2011 Muppets Movie include a barbershop quartet version of Nirvana’s “Smells Like Teen Spirit”. I guarantee you, most 5-year-olds in the audience had never heard that song. While the Muppets are appropriate kids, every movie has a couple of jokes sneaked in for the parents watching with them. Whether it be Pepe the Prawn having a heavily implied affair with the villain in A Very Muppet Christmas or Startler and Waldorf sitting up in the balcony adding some self-awareness to the Muppets by criticizing everything the characters perform.

The spirit of the Muppets is best summed up in the lyrics of the first song in the first Muppet movie. The song “Rainbow Connection” is sung from the perspective of someone who’s too jaded to believe in magic yet keeps wishing on stars anyway. The Muppets exist in the real world and the characters have had to deal with real-world problems like in A Very Muppet Christmas when the Muppet theater is almost foreclosed upon because the group couldn’t pay the bank or in the 2011 The Muppets Movie when all the Muppets have gone back to stressful everyday jobs and lives since the troupe disbanded.

Fozzie’s a failing comic in Reno, that’s how real it gets. Yet the Muppets always have enough faith to believe in themselves despite what critics, haters, and Startler and Waldorf say. And that’s where the Muppets find that sweet spot that makes them perfect for all ages. They keep believing in themselves despite the weight of the real-world burdens they need to bear.

Why Has it Been a Couple of Years Since the Last Muppets Project?

In 2015, a new Muppets Show premiered on ABC that was universally panned by critics and fans alike. The problem with this iteration of the Muppets is that they tried to delve into issues that were “too adult”. Wanna know how adult it got? Miss Piggy went on MSNBC to talk about her pro-choice view. Being pro-choice is all well and good but it’s not the Muppets. Nor is Kermit going through a mid-life crisis. The beauty of the Muppets is the puppet troupe being just cynical and self-aware enough to nudge the adults in the audience without it being obvious enough to have a five-year-old turn and ask their parents what abortion is.

This show also made parents question their own nostalgia for the cute and slightly jaded characters. This New York Times article sums it up perfectly by referring to other reviews assertions that the new show was “not your grandma’s Muppets” was incorrect because, “They were never your grandmother’s — nor your parents’, nor your kids’. They belonged to all of us, always. “  So, the Muppets are taking some time off to regroup, as felt puppet entertainment troupes are often known to do. According to a Vanity Fair article, Bob Iger, current CEO of Disney, is less excited about the Muppets than some of Disney’s bigger money-making projects such as Star Wars, Marvel, etc., especially after the failure of the 2015 show.

Although you can find a good amount of Muppets content on Disney+, there are hardly any new movies or shows. But the small yet dedicated cult following of the Muppets wants to see the old gang get back together. The Muppets’ Twitter page has 347.4 K followers. The Muppets’ Facebook page has almost 7 million followers. Clearly, there’s still a fanbase that loves the Muppets and wants to see more from them. The thing that attracts people to the Muppets is that they’re a group of misfits who perform to entertain the misfits of the world. No matter how weird you are, you always have a place in the Muppets theater.

The Muppets can do anything

Look Muppets, I’m not here to pitch you some wild idea for a new movie (although a Muppets/ Avengers team-up would be pretty sweet). In the past, the Muppets have done original content, song parodies, classic movie parodies, etc. There’s no limit to what can fit under the Muppets’ brand. Have a movie with Fozzie Bear working at a Fortune 500 company! I’m sure the Muppets can manage to make it funny and entertaining. As long as these puppets stay true to what they are, a brand of entertainment for everyone from age 5 to 105, anything they do will have a dedicated and loyal fan base. If you watch anything they’ve done that has been true to the spirit of the Muppets, it’s impossible not to smile. Sure, they’re at times corny and just flat out stupid but that’s part of the fun of it all. And that’s why I and all of their fans around the world love them and want to see more from them.