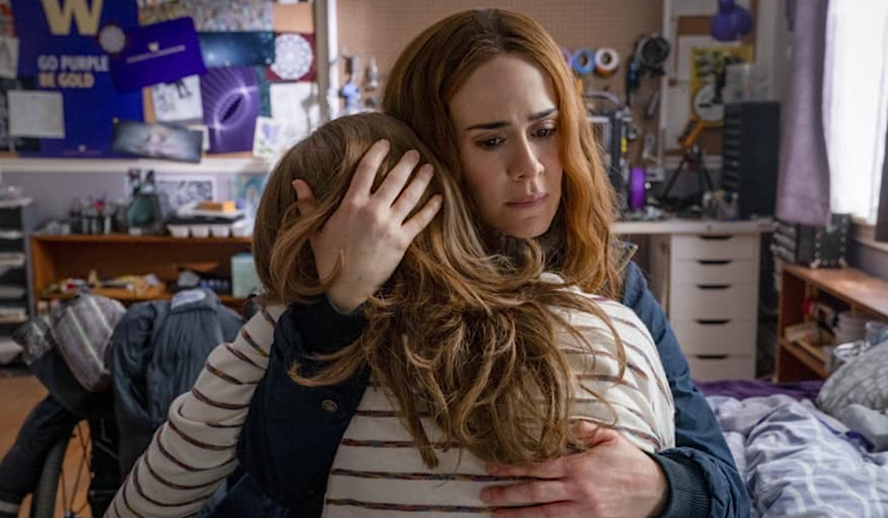 According to the University of Michigan’s health index, Munchausen syndrome by proxy is a “mental health problem in which a caregiver makes up or causes an illness or injury in a person under his or her care, such as a child, an elderly adult, or a person who has a disability.” In addition to defining the syndrome the explanation clarifies, “because vulnerable people are the victims, MSBP is a form of child abuse or elder abuse.” This extremely rare but deeply disturbing disease worked its way into the psyche of the zeitgeist when reports of Gypsy Rose Blanchard and the murder of her mother, Dee Dee, broke in 2015. The bewildering events of the Blanchard mother and daughter were explored in HBO’s 2017 documentary, Mommy Dead and Dearest. The film detailed how Dee Dee’s Munchausen by proxy syndrome afflicted her daughter, Gypsy Rose, and how Gypsy ultimately convinced her online boyfriend to murder her mother as a last-ditch effort to escape the abusive relationship.

Related article: Hulu Mini Series The Act Brings To Screen A Story Of An Abusive Parent & A Hurt Child Hunting For Redemption At All Costs

Related article: Review: ‘The Politician’ Season 2 Continues To Be A Rambunctious Watch

Since this tragic story made headlines around the world, it cast unsettling doubt onto the legitimacy of a mother’s love and inspired the production of a slew of Munchausen syndrome by proxy horror stories. Hulu recently recreated the events of the Blanchard saga in their 2019 miniseries The Act in which Joey King stars as Gypsy Rose and the incomparable Patricia Arquette takes on the ill-fated and monstrous Dee Dee Blanchard. The Munchausen by proxy narrative did not stop with the true crime story of the Blanchards, however, as the experience of Gypsy Rose initiated a trend that incorporated the disease in several thriller television series.

The Amy Adams and Patricia Clarkson HBO suspense drama, Sharp Objects, is one of the most notable examples of the increased use of the Munchausen syndrome as a horror device. In addition, the Gypsy Rose story was fictionalized in the Ryan Murphy series, The Politician, in which Jessica Lange played the overprotective grandmother of Zoey Deutch’s illness-feigning character. Hulu’s most recent original film, Run, follows this craze in horror entertainment but builds upon it with a spectacular cast and innovative direction that culminates in a refreshing and absolutely petrifying result.

Sarah Paulson has amassed one of the most impressive and inventive careers as a horror star and has cemented herself as a scream queen unlike any other. Paulson’s renown is a result of her outstanding work on the hit anthology television series, American Horror Story in which Paulson has taken on a wide range of roles from heroine to straight-up monster. Initially a supporting character, Paulson quickly garnered heftier lead roles and her brilliantly chilling performances across the array of seasons solidified Sarah as a favorite among the likes of the series’s cast of Hollywood legends like Jessica Lange, Kathy Bates, and Angela Bassett.

As Paulson transitioned to film work, she continued her prosperity in the horror genre with featured roles in Netflix’s 2018 breakout thriller Bird Box and M. Night Shyamalan’s highly anticipated Glass. All of the roles have filled out Paulson’s thriller resume admirably; however, it has not been until Hulu’s Run that Paulson has been able to truly leave her mark on horror’s big screen.

A product of the writer and director of 2018’s critically acclaimed mystery thriller, Searching, Aneesh Chaganty returns to his native genre and ups the ante with the sinister Run. In this film, Paulson takes on the role of Diane Sherman, a mother who has apparently dedicated her life to the wellbeing of her daughter, Chloe, who is living with a variety of life-threatening illnesses. Diane’s nurturing nature quickly reveals itself to be treacherous as Chloe uncovers egregious truths about her mother.

Although this plot is not too divergent from those of film and TV shows mentioned earlier like The Act or Sharp Objects, what distinguishes Run is Paulson’s exceptional performance as a horror villain. Paulson’s Diane is a certifiable menace and horror villain among the likes of Psycho’s Norman Bates and Misery’s Annie Wilkes. Sarah Paulson’s mastery of the acting craft is apparent in the finesse of her emotional torment that equals the physical abuse her character inflicts upon those that intend to separate her from her daughter. Chaganty cleverly introduces Diane as a typically loving mom that is (hopefully) familiar to all audiences, but her descent into terror is swift and harsh. Paulson’s plunge from adoring mother to sinister antagonist is extremely effective in eliciting terror in the viewer by invoking a new nightmare that makes audiences question how safe one really is under the care of the person we naturally trust the most.

In order to balance out Sarah Paulson’s commanding and malevolent villain, Run requires a hero of untapped potential. That hero is successfully found in emerging star Kiera Allen’s character, Chloe, a high school girl who fights for her life when faced with a crumbling reality. We meet Chloe as a young woman who has effectively adjusted to the illnesses and disabilities that have compromised aspects of her physical ability, and although Run presents several instances of Chloe needing to relieve discomfort caused by an asthma attack or other ailment, the potential of her character is never inhibited and she consistently proves that she is as capable to live her life or serve as a film’s protagonist, as well as anyone else.

There are not too many exemplary models of representation for people with physical disabilities in film and television, and there are even fewer when it comes to the action and horror genres. Beyond being a triumphant horror film, Run is a must-watch movie due to its treatment of its protagonist, a woman who finds strength in the obstacles she overcomes instead of simply being cheapened by them.

Related article: Cancelled Shows: So Why is Netflix Cancelling their TV Shows Much Quicker Now?

Run frames Chloe as a champion, most overtly in the impediments she conquers as Sarah Paulson’s character, Diane, attempts to pacify and restrict her. For example, when Diane begins to understand Chloe is searching for answers as to her mother’s treatment of her conditions, Diane places several hurdles she expects someone with the physical abilities of Chloe would be unable to surmount. Chloe uses her mother’s underestimations to her advantage as she is able to come up with innovative solutions Diane could not foresee time and time again. Diane’s misjudgment of Chloe’s capabilities serves as an allegory for how society consistently undervalues people with disabilities. The beauty and excellence of Run is found in Chloe’s bold and unprecedented heroism as she faces the horrors of both her mother and a media landscape that diminishes people of different ability sets. With a superbly formidable villain and a bold hero, in terms of action and representation, Run has established itself as the mother of all 2020 horror films.