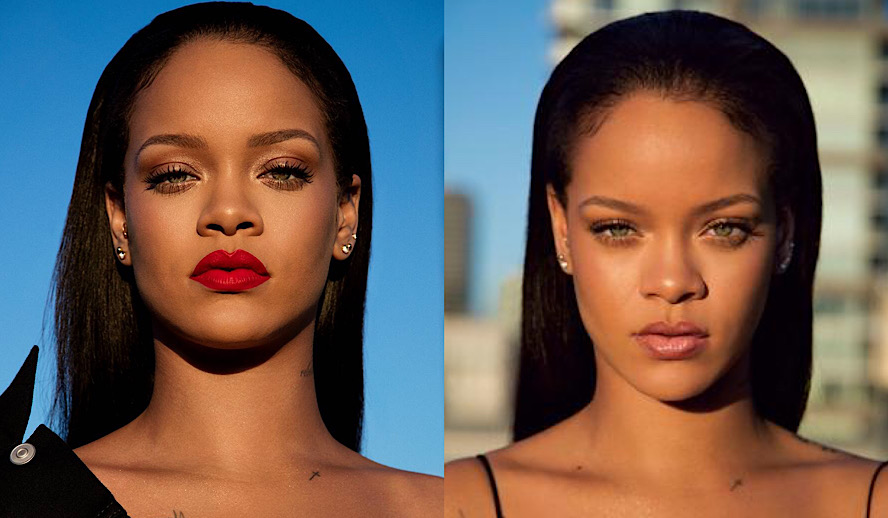 It has been 15 years since Rihanna released her first debut single, entering the music scene where she quickly skyrocketed to fame. Now a nine-time Grammy-winning artist with 14 songs that have reached #1 on the Billboard Hot 100 chart and the creator of critically acclaimed cosmetic and fashion lines, Fenty Beauty and Fenty respectively, she is more successful than ever. Rihanna’s full name is Robyn Rihanna Fenty.

On May 24th, the 15th anniversary of the start of her music career, her fans, called the “Navy,” were circulating the hashtag #15YearsofRihanna and celebrating the success that she has experienced since then. Rihanna thanked her fans on Instagram, saying, “Thank you for all the love on this hashtag today! Man this is trippy. Feels like just yesterday I was shaking in the hallways of Def Jam waiting to audition for Jay [Z].”

The musician turned fashion mogul got her start with debut single, “Pon de Replay,” initially recorded as part of her demo tape that was sent to several record labels, including Def Jam Recordings. At the time, Jay-Z was president and CEO of the label and after hearing her audition he was quick to sign her for a six-album record deal. Rihanna previously recalled her nervousness at the audition, saying, “I was like: ‘Oh God, he’s right there, I can’t look, I can’t look, I can’t look!’…I had butterflies. I’m sitting across from Jay-Z. Like, Jay-Zee. I was star-struck.”

“Pon de Replay” means “play it again” in Bajan Creole, which is one of the two official languages of Barbados where Rihanna is originally from. She moved to the U.S. from Barbados when she signed on with Def Jam Recordings in 2005. The song garnered massive commercial success, peaking at #2 on the Billboard Hot 100 chart and #1 on the Billboard Dance Club Songs chart and selling over 5 million units worldwide. Rolling Stone later named “Pon de Replay” as one of the greatest debut singles of all time. The album it’s featured on, Music of the Sun, sold over 2 million copies worldwide, solidifying her launch into stardom and becoming a household name.

Rihanna’s Rise to the Top

Her subsequent albums certainly furthered her popularity, as she later released albums A Girl Like Me, Good Girl Gone Bad, Rated R, Loud, Talk That Talk, and Unapologetic throughout 2006 to 2012, collaborating with various artists including Drake, Eminem, and Nicki Minaj, as well as Jay-Z himself on the hit song “Umbrella,” the lead single from Good Girl Gone Bad. Her most recent album, Anti, was released in 2016.

Rihanna has sold over 250 million records, resulting in her being one of the world’s best-selling music artists and the world’s wealthiest female musician, with a net worth that is estimated to be around $600 million. In addition, she has achieved 14 number-one singles and 31 top-ten singles on the U.S. charts, leading to her winning nine Grammy Awards, 12 Billboard Music Awards, and 13 American Music Awards. Rihanna also has six Guinness World Records, which impressively include “Female artist with most number-one singles in a year” and “most digital no.1 singles in the US,” achievements undoubtedly indicative of her overwhelming success.

Throughout her career, Rihanna has been known for constantly reinventing her musical style and image, never shying away from trying something new, whether it was a hairstyle or delving into a new genre of music. When she debuted her first album, her songs were largely influenced by her Caribbean roots and were described as “a fusion of reggae, hip-hop and R&B, with a little something different thrown in.” In the following years, she embraced new musical directions, releasing uptempo dance tracks and experimenting further with pop and rock music.

Rihanna has credited Madonna for inspiration on her earlier work, commenting on her evolution throughout her career, saying, “I think she reinvented her clothing style and music with success every single time. And at the same time remained a real force in entertainment in the whole world.” Following Madonna’s cue, Rihanna has emphasized the importance of paving new directions for herself and not staying confined in one particular lane, and this is particularly evident in her delve into areas aside from the music industry and taking creative control within them.

Rihanna’s journey from musician to entrepreneur

After eight studio albums that brought her well-deserved musical success, she began focusing on other endeavors, including her cosmetics line, Fenty Beauty, which launched in 2017, and her lingerie line, Savage X Fenty, that debuted in 2018.

Fenty Beauty was quickly praised for its inclusivity in regards to its offering of 50 shades of foundation and concealer, a range that effectively differentiated the brand from other mainstream makeup brands on the market that only cater to selective skin tones. Rihanna initially created the line to address the distinct lack of cosmetic products for black women and people with darker skin tones which has been long-criticized in the industry. New brands are now held to the groundbreaking standard she set that additionally led to Time magazine naming Fenty Beauty one of “The 25 Best Inventions of 2017.”

Her endeavors have displayed her evident advocacy for diversity and inclusion, as that was her vision behind lingerie line “Savage X Fenty” as well. Her products, many of which are modeled by plus size women, come in a large variety of sizes and shades to match different skin tones, and have been reviewed very positively, especially as the brand is promoted as “for the female gaze, not the male gaze.”

The line is a part of Fenty, Rihanna’s new fashion house created in 2019 under LVMH Moët Hennessy-Louis Vuitton, the largest luxury goods conglomerate in the world. Her deal with the company marked her position as one of the fashion industry’s biggest names, as she is even more notably the first woman of color to create a luxury fashion house at LVMH, as well as its first female CEO. This achievement is well-deserved as she has continuously been an influential part of the fashion world. She previously partnered with Puma at New York Fashion Week, and has also been known for boasting bold and elaborate looks on the red carpet and at the Met Gala. The entire Fenty operation is said to be worth an impressive $3 billion.

Alongside not only her musical career but her entrepreneurial career as well, Rihanna has been notably involved in humanitarian causes as she is the founder of the Clara Lionel Foundation, a nonprofit organization that funds worldwide education and emergency response programs. Most recently, the foundation donated $5 million to coronavirus relief efforts.

Rihanna started her music journey back in 2005. Now, 15 years later, her work in music, fashion and beauty is unparalleled. She remains an iconic figure in all fields, continuing to display her advocacy for diversity and inclusion in addition to being an influential spokesperson for many worldwide issues through her philanthropic work.

While her fans remain in awe of her success in regards to her beauty and fashion lines, many are still anxiously awaiting her next album, as the last time she released music was in 2016. She was previously set to release a new album in 2019, but it is hopefully to be released sometime later this year.

She continues to credit her fans with her unending success, as seen in her sentimental ending of the post on her Instagram story: “Pon de Replay is where it all began….15 years later and I’m here because God led me to you, and you guys have held me up, supported me, tolerated me, loved me, kept it too real with me, and we gon always be connected because of that! I love you, Navy, and I cherish you. I’m so grateful to be gifted you as my fans and family.”