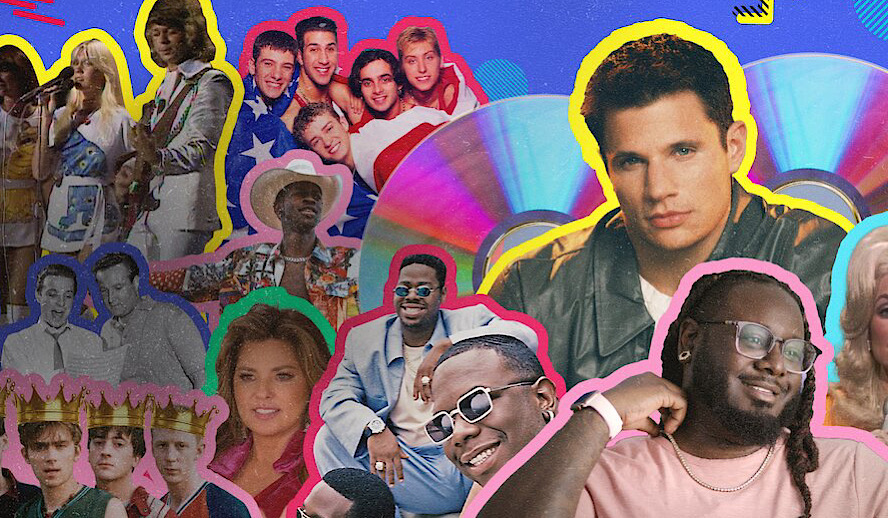 Netflix recently released a new docuseries that dives into the pop music industry. ‘This Is Pop’ takes a look into the different aspects of the ever-changing industry. The episodes focus on a variety of topics such as Boyz II Men to auto-tune to why and how the Swedes are taking over the writing and production side of the industry.

The first episode focuses only on the boy band, Boyz II Men. The band revolutionized pop music in the 1990s with their emotional ballads and frequent appearances on the R&B and pop charts. This was rare at the time. Their manager, Michael Bivins, wanted their sound to be a blend of Motown and the sounds of Philadelphia. The group beat Elvis Presley’s record when it came to the Hot 100 chart. The pop band influenced other boy bands like 98 Degrees, NSYNC, and the Backstreet Boys.

Related article: The Most Cinematic Music Videos of the Last Decade | From Pet Shop Boys, Jamie XX, Jay-Z and More

Auto-Tune: Is It A Tool for Greatness or Mass Destruction?

The second episode focuses on the controversial technology of Auto-Tune. Rapper and singer T-Pain was heavily centered on in this episode. He talked about the backlash he received because he used Auto-Tune in music. He recalled a time when he talked to singer Usher. The singer told T-Pain that he screwed up music which led the rapper to go into a four-year depression.

In 1996, Andy Hildebrand invented Auto-Tune as a way to correct unprecise tones and make music more expressive. In 1998, Cher’s ‘Believe’ was a prime example of how Auto-Tune could be used. This controversial piece of technology went away for a while after that but resurfaced in 2001.

This episode begs the following question: when is technology used as a crutch or an advancement? It depends. When it comes to Auto-Tune, it can be used for good or bad. It depends on how the individual uses the piece of machinery.

The third episode focuses on the Swedish taking over the writing and production side of the pop music industry. Many pop songs that we know and love were written and produced by people from Sweden.

Ludwig Göransson is one-half of the music group Childish Gambino. The other half is actor Donald Glover. The Swedish producer and songwriter quickly became one of Hollywood’s hottest producers. When he was a student in college, he worked with director Ryan Coogler. A decade later, he went on to work with him on Marvel’s ‘Black Panther’.

The music group, ABBA, started out with making covers but began writing their own songs because The Beatles wrote their own songs. The group wasn’t welcomed right away but instead was scrutinized. This was until Elvis Costello sang one of their songs and people realized the pop group was the real deal. Many Swedish musicians, bands, and groups sang in English because it made them more appealing.

Denniz Pop created Cheiron Studios where many famous pop artists and bands created many of their popular songs. Britney Spears, the Backstreet Boys, Celine Dion, and Bon Jovi were among the many well-known acts that came out of the Swedish music label.

When Country and Pop Collide

The fourth episode focused on how country music crossed paths with pop. The episode opens with the music video for ‘Old Town Road’, a collaboration between Lil Nas X and Billy Ray Cyrus.

After the opening, the episode discusses the success of Willie Nelson’s album ‘Stardust’ and Dolly Parton’s experimentation with crossing the country and pop lines which led her to become incredibly successful with making $100 million dollars from releasing 110 singles during her forty years in the industry.

The Judds, a mother and daughter duo, took the country world to new heights. They became one of the most popular duos in country music. The duo eventually split and Wynonna Judd went off on her own. She became the reigning queen of country-pop until Shania Twain stole her crown.

The fifth episode focused on the explosion of the British pop music scene which was dubbed as Britpop. The bulk of the episode discusses the feud between Blur and Oasis in great detail. Both groups couldn’t be more different with one creating more pop-influenced songs and the other who is a rock band. Something that didn’t make sense was why Oasis was claimed to be Britpop when they made rock music?

The episode briefly covered other Britpop musicians. Most of these musicians were discovered in pubs.

The Rise of Music Festivals

The sixth episode focused on the impact that music festivals had. Festivals are seen as a musical rite of passage. Music festivals first appeared in the 1960s with The Monterey Pop Festival in 1967. The festival featured The Mamas & The Papas singing their hit song ‘California Dreamin’’. The festival sparked a plethora of other music festivals all over the United States.

The biggest music festival is Glastonbury which is held in the United Kingdom. It would get at least 200,000 visitors from all over the world. In the 1980s, Steve Wozniak founded the US festival. He wanted to highlight how technology can be used to bring people together.

The best thing about attending music festivals is that you have a chance of discovering new music. Feeling the energy in the crowds and being around people who have common interests is what made music festivals so popular.

‘This is Pop’ – The Power of Music

The seventh episode focused on how music can change the world. Writing and singing songs is a way of fighting back. Public Enemy’s ‘Fight the Power’ came out in the 1980s as a protest record that captured deep-seated emotions that needed to be expressed and shared with the world.

This episode showed us that music can unite people, take messages to the mainstream, represent various cultures, and resist. The Riot Grrrl movement was created to be a safe space for women within the music scene, most who attended concerts and such.

How One Building in NYC Defined Music in the 1960s

The final episode focuses on the Brill building which was located in New York City. Pop music was defined by the Brill. Legendary singer-songwriter Neil Sedaka, producer-songwriter Linda Perry, and singer-songwriter Andy Kim were featured in interviews. They all discussed the influence the Brill had on music in the 1960s.

The building built a new image for pop music. In 1962, the Brill hosted more than 100 music businesses. Many teenage bands and musicians were created there. The episode went into the history of the girl group The Shirelles and Florence Greenberg as well as one of Kim’s biggest hits ‘Sugar, Sugar’ which is sung by The Archies.

‘This Is Pop’ dives into the music industry from multiple lenses. The docuseries doesn’t just focus on pop but also on country, rock, R&B, hip-hop.

The cinematography was nicely done. Close-up shots were used on interviewees to see their emotions and facial expressions in real-time. Close-ups are commonly used in documentaries.

There were some inconsistencies in this season as far as central themes because the first episode was entirely about Boyz II Men while the rest of the episodes were broader and discussed different aspects of the subject that was covered. There were doll sequences in the last episode which were off the wall. Photographs or videos could have been used here to create cohesion. These sequences felt out of place.

The first season shows us the impact that music can have on the world whether it’s Britpop, country-pop, or rock. Music can be used to connect with people and radiate good energy which is why music festivals were created in the first place.

A genre that wasn’t covered here was dance/electronic music which is heavily influenced by the sounds of pop. It was surprising that this genre wasn’t covered in its own episode because dance-pop music dominated the 1980s and continues to make waves in the music industry today. This would have been an interesting genre to learn about as far as its origins and beyond.

The documentary-style series shows us that the pop music industry is unpredictable. Nobody knows what to expect. This is what makes pop so undeniably addicting and appealing.

‘This Is Pop’ is available to stream on Netflix.