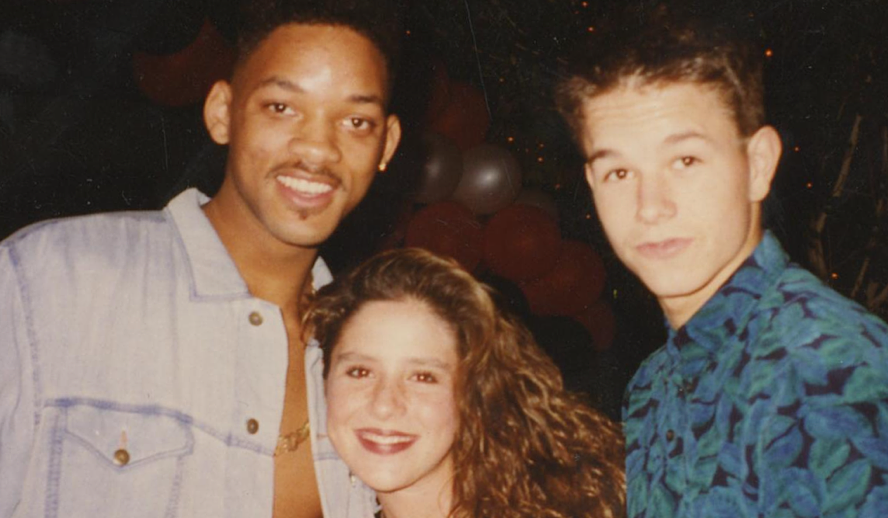 Many of us have tried to keep a diary at various points in our lives, probably quitting after a few days–Soleil Moon Frye evidently never had this problem. The former child star, known for her leading titular role in the ‘80s sitcom ‘Punky Brewster’, meticulously recorded and preserved not only all of her written childhood diary entries but also her voicemails and camcorder footage that she shot candidly throughout her adolescence in the 1990s–20 years later, she’s assembled this priceless archival treasure trove in her new Hulu documentary ‘Kid 90’.

The title, of course, refers to the fact that Moon Frye didn’t grow up in your typical American household–she came of age amid the ‘90s Hollywood child actor bubble. Thus, ‘Kid 90’ promises to not only be exploitation of nostalgia, but also to examine the lifestyle and celebrity pressures that have infamously plagued child stars since the days of Jackie Coogan and Shirley Temple.

Related article: Nepotism Is Hollywood’s Killer Problem: The Age of Casting Your Own Children Is Plaguing the Entertainment Sector

In this regard, ‘Kid 90’ does not succeed. In her archival footage, we see Moon Frye approaching her friends and asking them about their philosophy in life–as an adult, her questions are just as broad and unfocused. Though extremely compact, clocking in at just under 1 hour and 12 minutes, ‘Kid 90’ is deceptively full of filler that’s ostensibly meant to contextualize and piece together the disparate material of a disorganized young filmmaker.

On the other hand, ‘Kid 90’ is highly successful as a documentary autobiography, allowing Moon Frye to tell pieces of her own story in a way that most filmmakers could only dream of. It’s not only the novelty of the footage itself but the way in which it supplements her personal narrative and life story that carries the film and retained my interest to the end–I only wished the film would focus more on that.

The film’s highlights are Moon Frye’s own reminiscences about the personal struggles that she endured throughout her adolescence. Her struggles with gigantomastia, for instance, are brought to light in a tightly-edited montage of her post-’Punky’ roles that seemed to focus on nothing more than her breasts (earning her the nickname “Punky Boobster”), highlighting the problematic sexualization of young girls and how psychologically detrimental it is for physical appearance to be first and foremost–she would eventually undergo breast reduction surgery. Another deeply affecting scene occurs later when Moon Frye reads the diary entry from the day that she was raped.

Where she struggles is in telling a meaningful story outside of her own experience and perspective. In typical documentary format, the film is chock full of modern-day interviews with long-time friends, including Stephen Dorff (Deacon Frost in ‘Blade’), Brian Austin Green (David Silver in ‘Beverly Hills, 90210’), Mark-Paul Gosselaar (Zack Morris in ‘Saved By the Bell’), and David Arquette (Dewey Riley in ‘Scream’)–as mentioned above, however, they’re more like ornaments to her documentary than they are subjects.

Seldom do the things that they say add anything to what we already see on screen, and their morsels of personal insight are subsequently lost in a sea of redundancies. Moon Frye seems more interested in reminiscing with her friends than she does asking difficult questions, and that reflects one of ‘Kid 90’s’ key weaknesses–its inability to escape nostalgia.

Some of the film’s most raw archival material is a series of distressing voicemail messages left for Moon Frye by Jonathan Brandis and Rodney Harvey, the former of who commit suicide and the latter of whom overdosed on heroin and cocaine. Their pleading messages are played over a black background, absent of music, and they’re haunting in their authenticity–immediately after, it cuts to a modern interview of David Arquette offering glib and uninsightful remarks about being suicidal, stating that suicide is “really sad” and “life’s worth fighting for.”

‘Kid 90’ is remarkably tone-deaf in this fashion, and the way in which the film pays tribute to the plethora of young stars who succumbed to suicide seems like lip service at best–in fact, it’s almost reproachful how their deaths are related back to Moon Frye’s own experiences as if they were extras in her story. I wish that ‘Kid 90’ allowed the archival footage and its subjects to speak for themselves. Moon Frye says,

“I think we all must have felt lonely in some ways, or at least some of us more than others. I know that in retrospect, and watching these videos…where friends were so obviously reaching out for help or listening to the audiotapes and realizing that some of my friends really needed to be heard and to have a friend listen. I didn’t hear it, and I didn’t see it. I only see it in retrospect.

The camera remains on her face as she speaks, occasionally splicing in a few second-long clips of various deceased friends, and it reads as a profoundly self-centered reflection on their suicides. At the end of the day, it seems like neither Moon Frye nor any of her interview subjects have any meaningful insight into the addiction and mental health epidemic that child stardom breeds–I’m left wondering why we must listen to them talking about videos and audiotapes rather than seeing and hearing them for ourselves.

‘Kid 90’ only makes me wish that Moon Frye’s catalog of personal footage would be made available for casual à la carte viewing, but that only reminds me of how intimate an undertaking her’s really is–how many of us would be comfortable so publicly showcasing the years of our lives that are often the most embarrassing and misguided in hindsight?

It’s this intimate connection to the subject matter that I believe holds Moon Frye back from delivering a truly unabashed look at the time and place–she and others may be frank in terms of their drug usage, but their emotions are never truly laid bare. It constantly feels as if Moon Frye retreats from subject matter once it becomes too unpleasant, as does the editing–the film consequently skates on the surface, barely cracking the ice.

I believe ‘Kid 90’ would’ve benefited from a more objective director, free from the nostalgia that rose-colors this film–nevertheless, the authenticity of its raw footage alone, which predates the manufactured reality of modern social media, makes it worth a watch.

Soleil Moon Frye recently returned to the role of Punky Brewster in the 2021 revival, which serves as a sequel to the original sitcom. It’s available to watch for free on Peacock TV–CLICK HERE TO WATCH.