Celebrating Britney Spears Discography – Oops, I Did It 20 years ago! 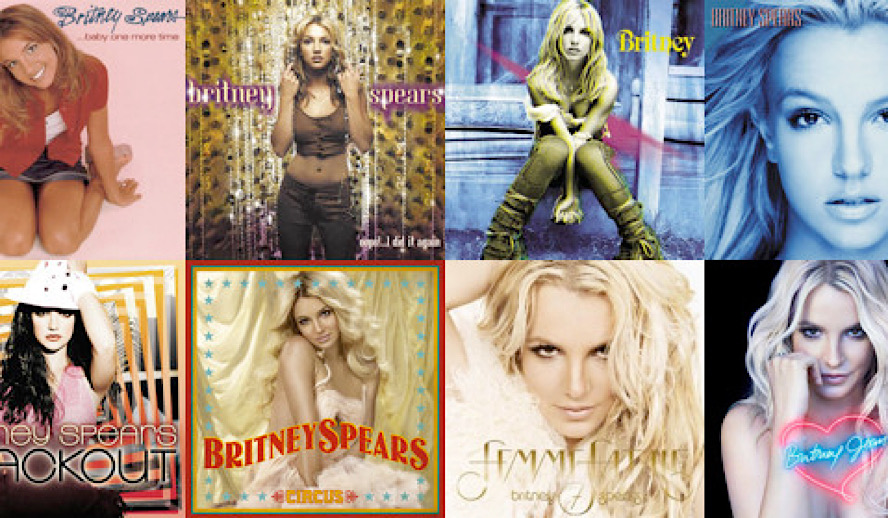 Britney Spears is a pop music icon. From her early days as a “Mouseketeer” on Disney’s Mickey Mouse Club to prancing around a school hallway in a uniquely altered catholic schoolgirl uniform, Britney has experienced a roller coaster of a career. Before her very public mental health woes, she released a multitude of pop hits that solidified her spot as a pop princess.

While her current status as an active performer is unclear, there is no argument that Britney Spears is a household name with a discography overflowing with catchy, artful tunes that rival performers twice her age. One of her most memorable hits, Oops…I Did It Again, turned 20 on March 27, 2020. Gone are the days of countdowns and music video premieres, but that doesn’t mean the world can’t mark this momentous occasion with a stroll down Britney-inspired memory lane.

At a time when we all wish we could escape our quarantined country, we can’t help but wonder… is there really a group of epic dancers with precisely coordinated dance moves trotting all over the surface of Mars?

The pop icon herself marked this occasion with a sentimental Instagram post, “Oops!….how did 20 years go by so fast?!??! I can’t believe it. I remember that red suit was so freaking hot …. but the dance was fun and it made the shoot fly by!!!!! And now we’re sitting in quarantine wishing we were on Mars….. of course, I am just kidding !!!!! But seriously you have all shown so much support for this song and I thank you for it …. sending love to you all.”

Exclusive: The Launch of NEWEST ANIMATED TALK SHOW – ‘The Anytime Show’ with host Mister H. I. | Much needed humor and perspective

The song was the debut single from her second studio album of the same name. The album earned Britney a Grammy nomination in 2001 for Best Female Pop Vocal Performance. Looking past her iconic red-hot latex catsuit and impeccably coiffed hair, the shoot wasn’t as flawless as it looked. While Britney’s post recalled the pleasant memories from the shoot, she didn’t mention receiving four stitches after a large camera fell on her head.

It was said that Britney resumed filming the video four hours after the camera snafu. The image of Britney dancing her way through Mars’ atmosphere has become an image that is synonymous with the pop music era of the late 90’s and early 2000’s.

As uncomfortable as her skin-tight suit may have been, it has become one of the most emblematic articles of Britney’s closet, even becoming a widely recognized Halloween costume.

The bold Halloween look is often accompanied with Britney’s combed over hairstyle, complete with the voluminously teased pouf that easily adds six inches to your height. The costume has thrust back into popular culture in recent years with Urban Outfitters selling a replica for Halloween on their website. A popular choice indeed, as it sold out in 3 days.

While her choice of clothing may have seemed insignificant at the time, and expectedly more insignificant in decades following, the notoriety of the fiery latex one-piece proved that Britney really was “not that innocent,” and shows just how powerful pop culture’s influence is on our society. Twenty years after a music video debuted, people still recognize the outfit Britney had worn? Not only do people recognize it, they wear it! Many of the people who may have worn this costume for Halloween quite possibly weren’t even alive when this video premiered! Talk about some serious staying power!

At a time when social media wasn’t prevalent, the world sourced entertainment from music video countdowns on MTV. Total Request Live, also known as TRL, was a daily countdown show that ranked music videos in descending order from 10 to 1. Britney’s video for Oops…I Did It Again was a staple on the show, premiering on the show and reigning as the favorite video for weeks after its debut.

Interestingly, when the shift of mass media occurred and TRL fell into oblivion, Britney’s preceding smash hit Baby One More Time, was voted in the number one spot as the most iconic video of all time. Fun fact: Nigel Dick directed Britney in both Baby One More Time and Oops…I Did It Again. TRL has since been revived in a different format. In addition to MTV playing the video on heavy rotation, Billboard Magazine ranked Oops as the number 33 Best Music Videos Since 2000.

From Mars to Planet Hollywood

It’s a fact that few songs and music videos have made such a significant impact as Oops… I Did It Again. In 2014, Britney’s iconic spandex suit became part of a temporary exhibit called Britney Spears- Piece of Me, which ran in conjunction with her residency at Planet Hollywood in Las Vegas, Nevada. With a song and video that went down in history, an epic costume to accompany it, and over 3 million copies of the titular album sold in less than three weeks after it’s debut, Oops…I Did It Again has earned its place in pop culture history.

It is just hard to believe it has been two decades since we became infatuated with the anthem to our pre-teen existence. Wishing Britney all the best and hoping she will grace the world with her talents when the time is right. Oops… please do it again!

We, at Hollywood Insider, would like to wish a lot of luck to Britney Spears and we look to forward many new songs and music videos from her.