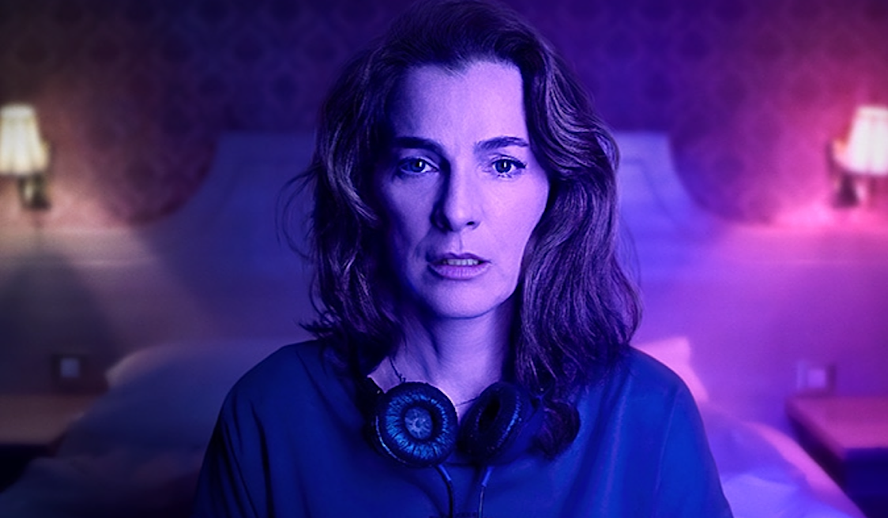 Apple TV is proving itself to have a keen eye for talent because Sigal Avin demonstrates truly innovative Cinematic talent with her new drama series ‘Losing Alice’. A story about a screenwriter who’s lost their artistic edge, spark, and drive; it’s a tale as old as time, however, due to the creative freedom that’s at the nucleus of Apple TV’s production model, Sigal Avin steers ‘Losing Alice’’s narrative in a creatively novel direction that makes fascinating and engrossing artistic leaps within an otherwise classic Hollywood story.

Related article: Fans of ‘The Crown’ Will Love ‘The Dig’: An Archaeological Meditation on Legacy in a Time of Crisis

Starring ‘Man of Steel’ and ‘Munich’ actor Ayelet Zurer, ‘The Burglar’ and ‘The Commune’ actor Lihi Kornowski, and ‘Up the Wrong Tree’ and ‘Sisters’ actor Gal Toren’, the character dynamics in this show are so raw, organic, and dense that their interactions alone could drive a compelling plot. The tension layered depth that pulsates from this show is absorbing, and much of that credit must go to the wonderful and fitting composition by Tom Armony, Tom Darom, and Assa Raviv. This suspenseful mosaic of a narrative in the well-crafted world that Sigal Avin has dragged into wellbeing is a breakthrough for international content on Apple TV, and all-around a phenomenal show.

‘Losing Alice’ is a  postmodern and non-traditionally structured show that makes direct commentary on philosophical and humanistic issues general people face in life, such as artistic fulfillment, self-love, femininity, and sexuality. Showing generous respect for the audience while keeping balanced artistic control, Avin is direct with these themes early on, all evident during the first act when Sophia and Alice first meet. In that same scene, Sophia is even explicit with the show’s core message when she tells Alice, in very interesting detail, her work helped her open her mind to how liberated women can be. Their correspondence sets off a Domino effect, ultimately causing Alice and her husband’s lives to curtail in a direction that was never anticipated, leading down creative avenues no viewer could ever predict fully accurately. Aside from the strong thematic elements, brilliant underlying message, and incredible performances, the lighting, set design, and cinematography is outstanding and sets the tone for this thrilling and captivating drama.

The teaser is frighteningly suspenseful and leaves the viewer wondering its purpose until the very end when it eerily weaves its way back into the narrative that evokes an immediate click of the “next episode” option. ‘Losing Alice’s narrative appears disjointed in some areas of the pilot, but by the third act, it all comes together brilliantly, and Avin reassures the viewer that the wild ride was well worth their time. The central plot of the pilot really begins when this random encounter of Alice and Sophia link through their husband, who Sophia wants for a screenplay. As soon as the pieces coalesce together, the momentum rolls, and the show establishes itself as an edge-of-your-seat-show.

The tension builds brilliantly and releases in a satisfying manner with each plot point. The stylistic technical choices rolled well with the pacing, with smooth transitions and economic plot progression having the potential to be a mass appeal, hoping that American audiences can surpass the language barrier, or as Bong Joon-Ho put it, “get over the one-inch tall barrier of subtitles”. It thematically revolves around liberation, sexuality and promiscuity efficiently serving as a vehicle for the subtext. The dialogue is incredibly organic and keeps the show at such a nice and authentic rhythm.

The conflict between David and Alice feels so natural and materialized between the strong performers, that they themselves carry a strong scene without a plot to frame it. All goes awry when the director of Sophia’s film randomly disappears, which causes the production to halt in its tracks. Though the pilot’s conclusion doesn’t fully button up the narrative, and the compelling mysterious tone that surrounds the plot and character dynamics, the overall high quality of the show leaves a lasting imprint on the viewer.

A Psychological Thriller About Opening Up

There’s a lot of room for assumption and wonder throughout the series, but it coalesces nicely and appropriately within its genre, which is a psychological thriller/drama. The show never relies on hacky tactics or unnecessary narrative devices to steer the pilot, and seldom is there a cheesy plot twist in any episode. Those attributes of the series are what makes it so brilliant and refreshing. The cast is full of power players that draw the viewer’s attention through and through and makes them loyal to the show. The actors cannot be applauded enough, and are the connective tissue that bolsters this show to binge-worthy status. Sigal Avin stylistically demonstrates her grasp on the plot, world, and evolution of her show, allowing for all the talent that filled this production in every department to flourish ingeniously.

Apple TV is boasting an impressive roster of dramas, including ‘Home Before Dark’ ‘For All of Mankind’, and M. Night Shyamalan’s ‘Servant’. As far as avant-garde, auteur-driven content goes, ‘Losing Alice’ triumphs as a truly original psychological thriller. It is definitely worth a watch.