The Most Cinematic Music Videos of the Last Decade | From Pet Shop Boys, Jamie XX, Jay-Z and More 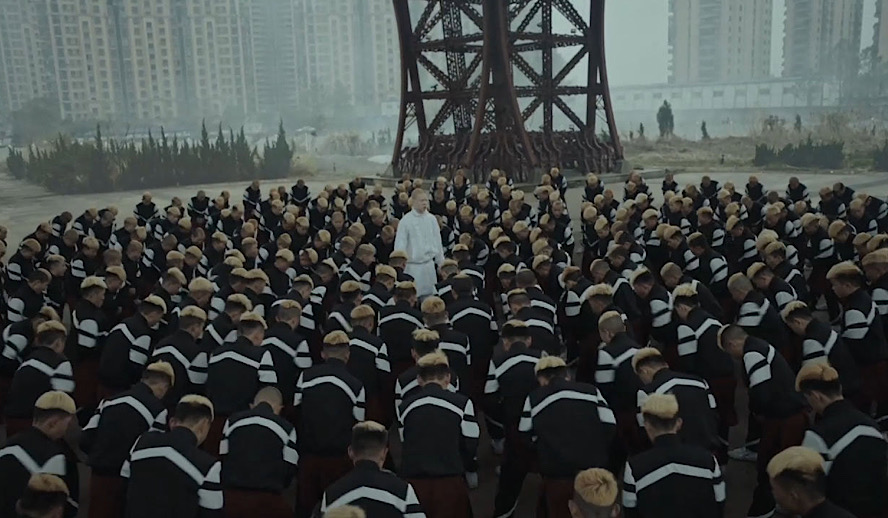 The most basic, textbook description of a music video is that it is a visual background for music. Its main purpose is to create an atmosphere and to provide visuals that would complement the song. Naturally, not all music videos boast cinematic charm, and most of the plot and structure elements usually serve as background to the music in question. However, some divergent works have achieved success by telling more of a narrative instead of focusing on depicting the band’s performance, and sometimes this deviation results in the creation of an exceptional product. So, let’s take a look at a list of eight distinctive music videos from the last decade that tell the story in their own special way.

Related article: A Tribute to the Knowles-Carter Family: Hollywood’s Most Famous Family | The Power Couple Beyoncé and Jay-Z

The beautiful and profoundly moving videos that the French duo paint over their songs and the creative symmetry that forms between their music and their visuals have long become their very own trademark. “Territory” was their second video and the breakthrough that brought them recognition and the Film Craft Grand Prix at Cannes. The video captures an immigrant’s emotional return to his family in Algeria and the alpha-male masculinity that follows him everywhere in this society dominated by men, where the presence of women is deliberately concealed from our foreign eyes and is manifested solely in the role of the mother. However, when you watch the video, it has so much more to say – it will definitely hit different to anyone who has experienced coming back to a place they call home.

This greed-fueled, violent video is the King Midas myth rendered in the 2010’s gangster world. With the main post-teenage hero/villain named Zeus and his pursuit of street fame and glory, Fleur & Manu give us such a mythologized insight into a crime-ridden neighborhood that, due to its honesty and raw nature, one can’t help but compare to the king of the genre: ‘The Wire’. The allegory of the short-lived ness of success and wealth in that life eventually sinks in, as we watch the protagonist climb the ladder through brutality and violence, and advance to the abrupt and fatal finale.

The pairing of a great film and great music does not happen too often. And matching two, completely different works of art from different ages of film and music is even more difficult to accomplish. Still, that’s exactly what happened when Sergio Leone’s mashup with Arcade Fire hit YouTube.

Chicago-based designer & music fan J Tyler Helms took it upon himself to edit a music video for the Arcade Fire song “My Body Is A Cage” using clips from the classic Sergio Leone film ‘Once Upon A Time in the West’. Not only does the edit amplify the church-organ-driven, somber tone of the song remarkably well and intensify its lyrics, but the slow-motion movements and extreme close-ups match the rhythm of the song so organically that you almost begin to doubt whether this really is an edit or an actual reenactment.

No wonder that when the video was brought to the attention of someone associated with the band, they contacted Tyler straight away and requested his permission to use his work on their official site.

The animated video obviously hints at America’s long history of racist cartoons from major studios. In the video, Jay reads the lyrics as an animated cartoon character Jaybo, whose name is a reference to both the racist ‘Little Black Sambo’ books and cartoons from the early 20th century and to the story of ‘Dumbo’, a Disney cartoon with its own set of racist caricatures.

One could probably say that “The Story of O.J.” pulls the same strings for America that Rammstein’s more recent music video “Deutschland” does for Germany – both depict the ugly images of the archetypes and stereotypes that course through the generations in their own countries; however, while in Rammstein’s case the delivery of those sins is traditionally theatrical and full of glitter and grandeur, Jay-Z is more sincere and straight-to-the-core in his expression of what it means to be African American in the United States, and his collaboration with Mark Romanek echoes through 20th and 21st century Americana.

“It’s meant to be a sympathetic song because the basic message is that if you’re twenty-something it’s quite hard to get a decent job, and it’s quite hard if you do get a job to get paid enough money,” Neil Tennant said about the song, and the concept of that closed circle was amplified by Rafael Reyes (co-writer of the music video), who used his own life experience of being a twenty-something Chicano in America to depict the endless struggles of a person just released from prison and determined to turn his life around for the sake of his family. We witness the closed-loop he finds himself in, as the lack of education and a criminal record make it nearly impossible for him to get a job, leading him back to the place he so desperately sought to avoid.

Tame Impala – “The Less I Know the Better”

The high school everyman having a crush on the hot cheerleader – the story has been told more times than Happily Ever After has been uttered at the end of rom-coms, but not when Tame Impala and Barcelona-based collective known as Canada took over. That collaboration resulted in a strangely sleek NFSW tale of a high-school love triangle, somewhat resembling the surreal dream sequence from ‘The Big Lebowski’, but with trippier technicolor visuals loaded with sexual innuendo and manifestations of a high school teen’s fever dream that just couldn’t have been more accurate in its hypnotizing way.

This brilliantly executed video gives us the opportunity to satisfy our wildest fantasies of how debates behind the closed doors of political summits could go – instead of stone-faced diplomats making cunning statements and meticulously undermining each other’s interests, we see politicians spitting insults, dissing, and finally engaging in an all-out brawl with each other. What really amplifies the build-up of tension is that the actors nailed every character and their body language. The two leaders of the groups are played by Igor Tsyshkevych and Ian Bailey as the video was filmed at the Narodniy Dim Ukraine exhibition center in Kyiv, Ukraine.

“We wanted to make a positive, life-affirming video that captures politicians at their election-year best,” DJ Shadow said in a prepared statement. “We got this instead.” No wonder that the present political climate of discord and animus in and outside of the US had its influence on the video production, which has definitely rendered a not-so-subtle allegory on the disappointing state of diplomacy and the dysfunctional political leaders of recent years.

This 2016 Romain Gavras video strikes the last chord in our list because there is simply nothing else quite like it. Firstly, the location: In the early 2000s, China began to build imitations of Western cities and ended up constructing replicas of English, Swiss, and American towns in China – and if you go to Tianducheng, you’ll find yourself in Paris. Its central feature is a 300-foot-tall replica of the Eiffel Tower and 12 square miles of Parisian-style architecture, fountains, and landscaping.

However, the city didn’t live up to expectations and was somewhat close to being a ghost town for some time. And that’s where the main character – an albino young man (Hassan Kone) – wakes up from virtual reality and leads an army of yellow-haired devoted younger followers, who finally form a synchronized, marching circle that revolves around him as a worshipping, ego-boosting baptism wheel.

The video is loaded with allegories and metaphors that can be interpreted a few hundred ways, but to me personally, one ritual clearly depicted there is coming of age. It’s obvious that the main character’s time has come, and he is about to make the transition to a new state; the younger kids circling around him are perfectly aware of this and, under the watchful eye of his elders, they respectfully give him their last goodbye though this awe-inducing choreography of camaraderie.

– In the 32nd Year Of His Career, Keanu Reeves’ Face Continues To Reign After Launching Movies Earning Over $4.3 Billion In Total – “John Wick”, “Toy Story 4”, “Matrix”, And Many