Netflix’s ‘The Mystery of Marilyn Monroe: The Unheard Tapes’ is simply for Monroe fans 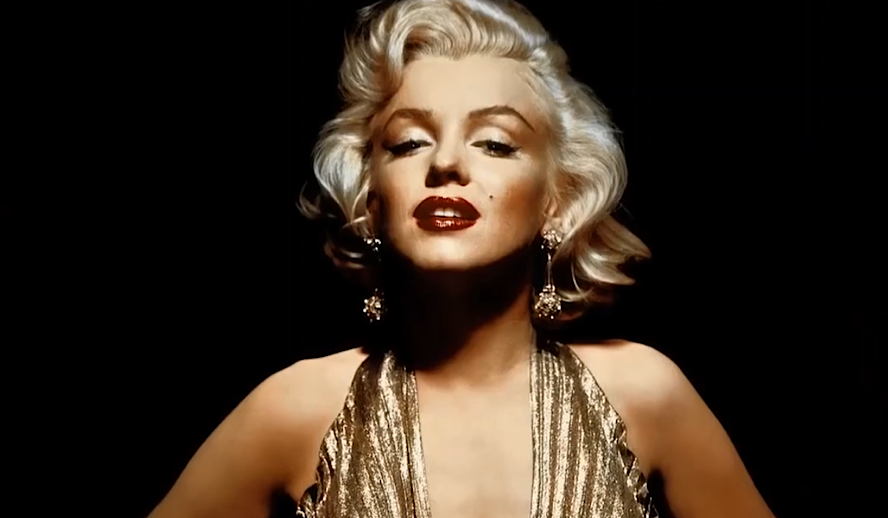 Photo: ‘The Mystery of Marilyn Monroe: The Unheard Tapes’

The first thing I want to say about this documentary is to watch it if you’re interested in Marilyn Monroe’s life because “it is centered around the life and untimely death of American actress and cultural icon Marilyn Monroe and is told through archival footage and unseen interviews with friends of the star”. This documentary feels like more of  “Hey! Look check out these unheard tapes that don’t tell us any more new information”, the tapes come from Anthony Summers, the author of Goddess (1985), he spent three years collecting 650 tape-recorded interviews with people who either knew Monroe in her lifetime or had knowledge concerning her death. For me, this documentary doesn’t feel respectful to Monroe and it feels like a cash grab because the doc mostly expands on the conspiracy theories of Monroe’s relationship with the Kennedy men. What makes it worse is when they show the picture of Monroe dead in her bed, it just doesn’t feel right and with that you got a messy documentary.

The Case of Her Death

The documentary opens with Summers explaining that he began researching Monroe after he learned that the Los Angeles County District Attorney was reopening the case of her death, however, at the end of the documentary we’re still left wondering how Monroe died. It leaves the audience asking more questions instead of getting any answers and if you’re a Monroe fan, it can lead you down the YouTube conspiracy rabbit hole. I think it’s important when it comes to marketing documentaries like this to not spin it like the audience is going to get more information. I was interested in this documentary because when I read unheard tapes, I expect to hear from Monroe, not the people who knew her.

Everybody knows that Monroe met the Kennedy family in the early 1950s when Joseph P. Kennedy Sr. was at RKO Pictures. Then in the early 1960s, actor Peter Lawford and his wife, Patricia Kennedy Lawford, had a beach house in Malibu, California and they hosted social gatherings there. Monroe often met President John F. Kennedy and United States Attorney General Robert F. Kennedy at the beach house to have affairs with both the men. Summers explains that Monroe was in a risky position politically because it was the height of the cold war and the Kennedy brothers would discuss nuclear weapon testing. The FBI was worried that Monroe would make their conversations public because of her leftist politics, due to this, the Kennedy brothers cut off all contact with her.

According to the official timeline, Monroe’s housekeeper, Eunice Murray, checked on Monroe around 3 am and found the bedroom door locked, she then called Monroe’s psychiatrist, Dr. Ralph Greenson, who broke in through Monroe’s window and discovered her dead. The paramedics and police arrived at 4:25 am and her death was ruled a probable suicide due to a drug overdose on August 5, 1962. Summers discounts this timeline as interview subjects go through the sequence of events and although there are discrepancies, in Summer’s version, Monroe’s medical emergency began earlier that night. Her PR manager, Arthur Jacobs, arrived at her place as early as 11 pm. An ambulance was called when Greenson discovered her and he rode with a comatose Monroe as she was transported to the hospital. She either died on her way to the hospital or when she arrived, however, her body was returned to her house where she was placed and was “discovered” in the early morning. It’s claimed that Peter Lawford hired a private investigator, Fred Otash, and surveillance expert, Reed Wilson, to clear Monroe’s home of any evidence that connected her to the Kennedy family before reporters and police arrived.

So What’s The Truth?

So after we just went through the case of her death and Summer’s timeline that reveals some details that were previously unknown, he doesn’t believe that she was murdered. He maintains the idea that Monroe died by suicide or an accidental drug overdose and he suspects any type of cover-up was due to her connection with the Kennedy brothers. In 1982, the Los Angeles district attorney ended its review of the case and kept the originally recorded cause of death. That was the end of the documentary and it leaves you with the feeling of wanting justice for Monroe. It’s upsetting that this documentary resulted in nothing but just looking over the case of her death again. Like I said earlier, this documentary felt like a cash grab because the audience is left with nothing new except the feeling to discuss her life and death again.

I believe we’re never going to get the truth about what happened to Monroe because the government is involved and it’s unfortunate. The only way to get more information about this case is if a whistleblower comes out with new information that proves that Monroe was murdered. When it comes to cases like this, it will always be talked about for generations to come because Monroe is an everlasting icon, so in a way, she’ll never be forgotten.

There is an upcoming biopic titled ‘Blonde’ starring Ana de Armas as Monroe, it’s an adaptation of Joyce Carol Oates’s 2000 novel of the same name. The plot will likely cover Monroe’s life till death and obviously, Monroe’s acting career is central to the plot. The director of the film, Andrew Dominik, is aware that every aspect of her life has been dissected over and over therefore he’ll present it in an experimental way. One thing that’s been discussed is the film’s NC-17 rating as the result of its graphic sexual violence, do we need to see these scenes? I don’t think so because it’s distasteful to Monroe. In the end, I think it’s important for people to be reminded that Monroe was a person and not just a sex icon, she didn’t get the respect she deserved when alive so the most we can do is respect her in death.