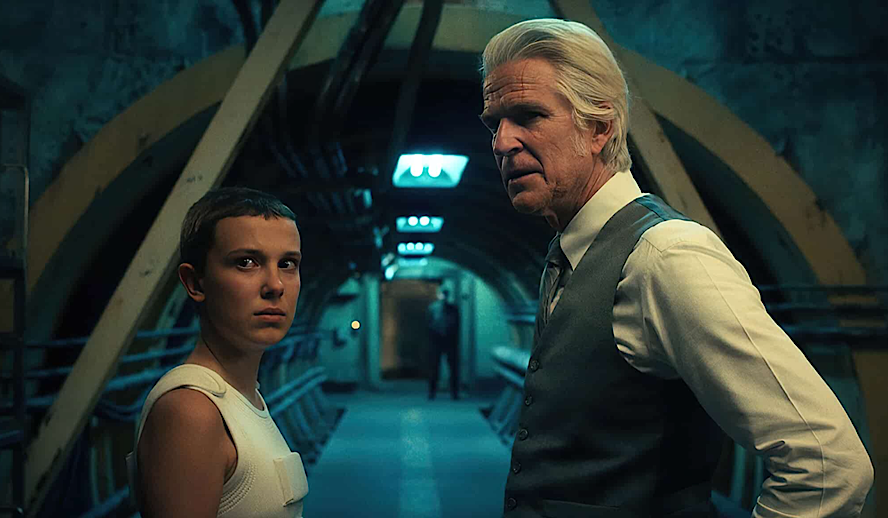 Netflix Originals have been a staple of the streaming service since 2012. A decade of original series, films, stand-up specials, animations, and much more have made up a significant portion of what the service is known for. Recently, people have been talking about ‘Heartstopper’, ‘Bridgerton’, and ‘The Umbrella Academy’, but it seems that the next Netflix Original to steal our attention is always waiting around the corner.

And here it is! After three (and a half) seasons, ‘Stranger Things’ is back to take over our water cooler conversations, Twitter feeds, and, of course, our televisions. Anywhere you go you’re likely to hear people opening conversations with ‘have you seen ‘Stranger Things’ yet?’. And, spoiler alert, they probably have. The second half of the most recent season of ‘Stranger Things’, season 4 part 2, is taking the world by storm, and for good reason.

Part two of season four picks up right where part one left off. The characters now know the backstory behind the season’s antagonist, Vecna, but that doesn’t mean he isn’t a threat. We also gain backstory on Eleven, which allows her to act as a parallel to Vecna, a picture of what could have been. In Hawkins, the characters need to hatch a plan to stop Vecna before he reaches his fourth kill, the final step in his plan. Meanwhile, Eleven is stopped before she is able to return to Hawkins to help.

The Russian storyline continues, with Hopper and the gang aiding from afar. With Eleven unable to physically travel to Hawkins, she is able to travel mentally to her friends, visiting them from inside their minds. A significant portion of the final episode is a battle, after which it appears Vecna is defeated for good. However, an apparent casualty in the battle means Vecna has achieved his fourth and final kill, opening the final gate and destroying Hawkins. Although the gang reunites by the end of the episode, the end leaves you wanting for season five; Is Vecna really gone? Is Hawkins the new Upside Down? We’ll have to wait and see.

Maturing With The Cast

‘Stranger Things’ premiered in July of 2016, meaning there have been six years between the first season and the recent batch of episodes. This isn’t abnormal for television, it takes time to film and edit an entire season’s worth of episodes, if there are going to be multiple seasons, the series will span multiple years. The unique thing about the production of ‘Stranger Things’ is the cast’s age. Typically, actors don’t change drastically between seasons, as they have grown up enough to limit physical change. ‘Stranger Things’, on the other hand, has a cast consisting primarily of young adults who were teenagers during season one. There’s a significant and highly noticeable difference between 11, 12, and 13 and 18, 19, and 20.

As the cast matured, the show did too. While the cast delivered impressive performances as young actors in season one, they grew as actors and as people in the years between seasons, making a massive impact on their performances. The content of the show came of age as well, taking on a new tone in the most recent season. ‘Stranger Things’ has always been inspired by 1980s horror films and stories, but the science fiction elements were more prominent in the beginning. As time progressed, the show really blossomed into an impressive piece of horror media. The villains, creatures, and gore were turned up to eleven in season four (pun intended).

An Experiment in Formatting

In terms of media and broadcasting, streaming originals are a fairly new medium. Previously, shows would air one episode a week and later find themselves on a streaming service, beginning to end. When streaming services first began releasing original content, it was most often in the form of an entire feature, or an entire season at once. This was the case for ‘Stranger Things’ seasons one, two, and three. Binge-watching culture was in full effect and the only way to avoid spoilers was by watching the entire season at once and as soon as possible. However, some people wanted a return to weekly content and some series started weekly episodes once again, notably ‘Euphoria’ had a dedicated audience each Sunday.

Because streaming is so new, there’s a lot of wiggle room regarding releases. There’s no rule surrounding how many episodes can be released at once, and, unlike cable, there’s no minimum or maximum episode length. ‘Stranger Things’ production took full advantage of both of these facts, releasing season four in a new, unique way. The first seven episodes were released all at once. These episodes were long, but not feature-length. Then, over a month later, Netflix released the final two episodes, including a two-and-a-half-hour finale.

Releasing the episodes in this way was, at first, an annoyance for fans, upset that they needed to wait so long for the rest of the season. However, when the episodes finally came, it was all worth it. The duration was not the only aspect of the finale that held similarities to feature films. When watching the episode, it’s easy to imagine yourself in a theater, watching it on the big screen. The visuals and cinematography, as well as the well-written, expertly performed script would be easy to imagine in theaters. Having a feature-y finale allowed the artistic elements of the show to shine, as well as having enough time for an action-packed plot, perfect for typing loose ends.