A Tribute to Winona Ryder: The Intergenerational It-Girl 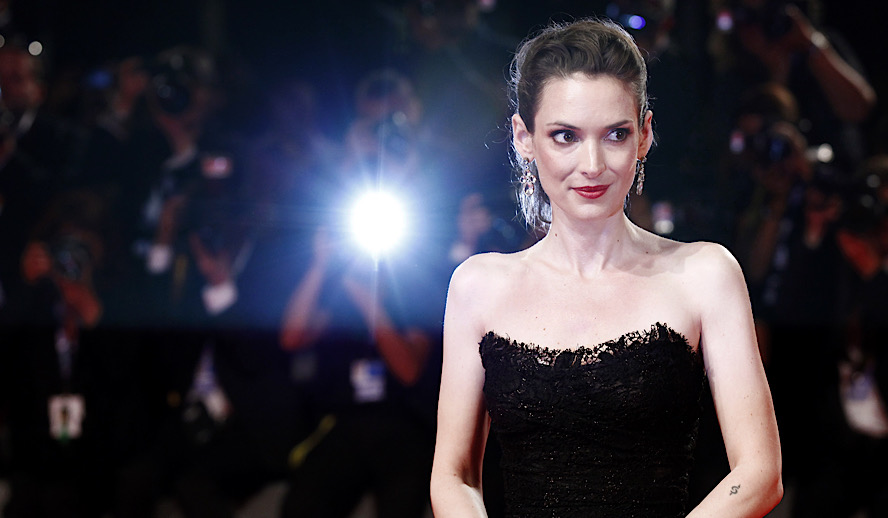 In 1971, Winona Ryder – actually, Winona Laura Horowitz – was born to two author parents in the town of her namesake, Winona, Minnesota. Her parents, Michael and Cynthia Horowitz, were friends of well-known beatnik literary figures like the psychedelic-specialist Timothy Leary (Ryder’s godfather), Allen Ginsberg, and Philip K. Dick. In keeping with the theme of enlightenment, Ryder’s family would relocate to a large plot of land housing seven other families whenever she was just seven years old. Within this commune-like living environment, Ryder would grow up without television, instead spending her time reading, socializing with the other kids, and playing outside.

When she was ten years old, the family moved off of the plot of land to another small California town called Petaluma. Here, Ryder would suffer from verbal and physical bullying for her boyish appearance; the silver lining of this period would be her enrollment at the American Conservatory Theater, where she was finally introduced to acting. Only four years after joining the ACT, in 1987, she would earn a starring role in the drama film ‘Square Dance’ alongside the highly respected late actor Jason Robards.

Ryder’s true breakout role would be that of the quintessential gothic teen, Lydia, in Tim Burton’s horror-comedy film ‘Beetlejuice’, holding her own alongside already established stars like Geena Davis, Alec Baldwin, and Michael Keaton. That unique brand of youthful misanthropy expressed through her signature doe-eyed, dead-pan fashion would captivate audiences, and only two years later she would land the starring role of Veronica in the cult-classic black teen-comedy movie ‘Heathers’’. Everyone knows that you can’t mention Winona without mentioning ‘Heathers’. As the dark-haired contrast to the blueprint of this ‘Mean Girls’-esque band of Heathers, Ryder is a black sheep who finds herself among the in-crowd. After the odd and enigmatic Christian Slater transfers to their highschool, things take a turn for the macabre. From the very beginning, her affinity for the ‘strange and unusual’ is quite clear.

These two incredibly iconic roles would cap off the 80’s and lead our star into a brand new decade of super-stardom, probably the most memorable of Ryder’s career. In 1990, Ryder would showcase the lighter, more vulnerable persona of the ginger-haired teen Kim in another Tim Burton film – ‘Edward Scissorhands’ – opposite the sensitive, angst-ridden performance of then-boyfriend Johnny Depp. The same year, she would feature in the family comedy-drama film, ‘Mermaids’ with pop-star Cher and child star Christina Ricci. As another notch in her belt as the endearing, rebellious protagonist of a character drama, Ryder acts as the warm center for each of these decade-starting films, and shows range beyond the even darker projects that marked her debut.

The early to mid-90’s would mark a high period for Ryder, with two consecutive Oscar nominations for the Martin Scorcese-directed ‘The Age of Innocence’ (1994) and literary adaptation of ‘Little Women’ (1995) respectively. Though both of these awards would end up in the hands of other actresses that night, an Oscar nomination would bridge the gap between her blockbuster sweetheart persona and the potential for real, professional recognition.

In 1999, Ryder would star in the cult classic psychological drama ‘Girl, Interrupted’ alongside Angelina Jolie, who would earn a well-deserved Oscar for her supporting performance. Though Ryder would be snubbed from an Academy nomination herself, her subdued and complex performance as the troubled Susanna is immortalized as a gentler contrast to the pure hardness of Jolie in this multi-dimensional, female-heavy project.

The Short Hiatus and Expected Comeback of a Beloved Starlet

In early 2001, Ryder’s career would stall due to a run-in with law enforcement in which she was accused of shoplifting over $5,000 of designer merchandise at a Saks Fifth Avenue store.  Fortunately, Ryder would not serve any jail time, instead she was sentenced to over four-hundred hours of community service, over ten-thousand dollars in fines and restitution, and psychological/substance abuse counseling. This would mark the beginning of a four-year hiatus of new films for the actress as she sorted out these issues and survived the media frenzy which surrounded her; not even Winona Ryder is safe from the career-altering effects of a run in with the law.

In 2006, the starlet’s career would pick back up following a four-year hiatus as a result of these previous legal issues. Though there were a few already-produced films that released during this time, her real return to form began with a small film titled ‘The Darwin Awards’ where she played an insurance case specialist starring alongside Joseph Fiennes. In the same year, she also appeared in the half-animated, dystopian Richard Linklater film ‘A Scanner Darkly’ along with a host of other Cinematic greats like Keanu Reeves, Robert Downey Jr., and Woody Harrelson. In 2010, she would also have a meaningful supporting role in the psychological thriller ‘Black Swan’ as the fittingly symbolic ‘Dying Swan’, directed by Darren Aronofsky.

In the past five years, Ryder has experienced a resurgence in the media spotlight – for more positive reasons, now – due to her role in the nostalgia-fest sci-fi series ‘Stranger Things’. As the grief-stricken mother of Will, a child who goes missing in a small Indiana town, she teams up with David Harbour, Joe Keery, and a host of other new young stars in an effort to bring Will back. With the show currently in production for a fourth season, we can be sure that Ryder will reprise her memorable role as Will’s tender but tough single mother.

As with most young stars, Ryder’s film appearances would parallel a rich social life, associated

with no shortage of notable figures like Johnny Depp, Matt Damon, and briefly, David Duchovny. Despite her attachment to these extremely well-known men, Ryder’s career always thrived beneath the strength of her own performances; her artistic reputation was never sacrificed in favor of capitalizing on these popular romances, something that can be unfortunately common for both male and female performers alike.

When you consider the ever-accelerating speed of our cultural zeitgeist, you realize how difficult it is to truly be remembered. In a world where anyone and everyone can be memorialized, true icons are becoming few and far in between. Winona Ryder has transcended the barriers of the typical celebrity public image: a budding starlet of the 80’s, our brooding it-girl of the 90’s, still an icon of nostalgia in the 00’s, and now, a figure that is beloved by generations of movie lovers. Even if Ryder never did another film, she would still be mentioned in discussions of iconic actresses for numerous years to come. It goes without saying that Winona Ryder’s career is far from over; while there are no films slated for the star as of right now, she’s never more than an arm’s length away from our minds and hearts in the first place.