Movies That Realistically Portray the Life of a Teenager 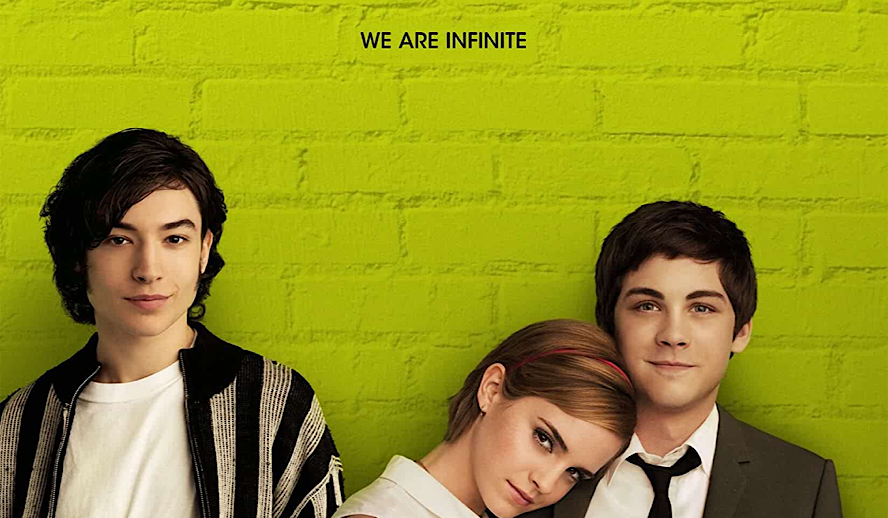 Photo: ‘Perks of Being a Wallflower’

Coming-of-age is a genre of film that focuses on the right of passage from youth to adulthood. A rather vital characteristic of this genre includes personal growth and change. The genre heavily relies on emotion and dialogue rather than action to keep an audience entertained.

Here are the movies that realistically portray the life of a teenager:

The 1990s was the decade that brought us ‘Clueless’ and ‘10 Things I Hate About You’ as well as many more films that centered on teenagers. A film that accurately portrayed teenagers came out in 1993. That film is none other than ‘Dazed and Confused’. The premise follows a group of teenagers during their last day of high school in the late 1970s. The film stars Jason London, Milla Jovovich, and Parker Posey. The film features the acting debut of Matthew McConaughey and it became one of Ben Affleck’s most notable roles to date. Interestingly enough, the film flopped at the box office but became a cult classic in the years that followed after its release.

‘Dazed and Confused’ did a great job at accurately and realistically portraying teenagers from that era. Randall “Pink” Floyd was an example of a person that most people knew in the 1970s. His character is a good example of a nonconformist who doesn’t know his purpose and is pressured by his father to keep up the football player image. Most teenagers are naturally curious about life and want to explore what the world has to offer whether it’s good or bad.

The film features many moments of drug use and alcohol consumption which was common during that time. Hazing is a frequent occurrence in the film. The boys were paddled while the girls were pummeled by ketchup, mustard, raw eggs, and were forced to propose to the senior boys. At the time, hazing wasn’t seen as wrong, it was seen as a right of passage. This happened in real life during the 1970s and even in the 1980s.

Once the 2000s arrived, coming-of-age films began to evolve. 8 years after the release of ‘Dazed and Confused’, Anne Hathaway graced our screens for the first time in ‘The Princess Diaries’. The film was released in 2001 and it’s based on the book written by Meg Cabot. Hathaway stars as the title character, Mia Thermopolis, an awkward and shy teenage girl who discovers that she’s heir to the throne of a fictional kingdom called Genovia. The actress stars alongside Julie Andrews, Héctor Elizondo, Mandy Moore, Heather Matarazzo, Caroline Goodall, and Sandra Oh.

‘The Princess Diaries’ portrays its teenagers in an accurate and realistic light. Mia is particularly a character to which many teenagers and even young adults (myself included) can relate to. She’s awkward and shy. She’s an outsider and doesn’t “fit in”. In the 2000s, cliques were popular, and films like ‘Mean Girls’ and ‘Confessions of a Teenage Drama Queen’ show them in more dramatic light but essentially show what cliques can truly be like.

Lana Thomas (Moore) is a character who bullies Mia and other students. Lana is a teenage girl who is insecure about herself and the only way she sees to project those insecurities is to take them out on other people. Unfortunately, this is common in real life, not just in film.

This film does a good job of portraying how important it is to stay true to one’s self. While Mia undergoes a major physical transformation in the film, she stays true to her authentic self. She is a good role model for other teenage girls out there.

In the 2010s, coming-of-age films focused more on serious topics such as mental health and family struggles. ‘The Perks of Being a Wallflower’ introduced audiences to the importance of mental health in teenagers. The film was written and directed by Stephen Chbosky, adapted from his own book of the same title.

The premise focuses on Charlie Kelmeckis, a teenager who writes to a friend and in turn chronicles his trials and tribulations during his freshman year of high school. Charlie is portrayed by Logan Lerman along with Emma Watson as Sam and Ezra Miller as Patrick, Charlie’s eccentric friends.

Critics praised the emotional weight of the film and the performances of Lerman, Watson, and Miller. It was nominated for numerous accolades.

‘The Perks of Being a Wallflower’ portrays teenagers in a different but realistic light. It depicts Charlie’s struggles with his mental health. This is something that hasn’t always been focused on in films like this. Earlier coming-of-age stories focused more on the growth from adolescence to adulthood, this film does this but in a more emotionally gripping way. It paints a realistic portrait of the imprisonment of being a teenager. While Charlie’s mental health was affected by something that happened when he was young, social media has become a harmful device that has teenagers wanting to conform to societal norms in real life.

‘LOL’ was released in 2012. Unlike ‘The Perks of Being a Wallflower’, ‘LOL’ didn’t receive praise from critics. It wasn’t a box office success either. The premise follows Lola, a teenage girl who faces many obstacles in her love life as well as with her mother, Anne. The film is a remake of the 2009 French film. The remake stars Miley Cyrus, Demi Moore, Douglas Booth, Ashley Greene, and Marlo Thomas.

The film portrays teenage love in a realistic light. Lola falls for her best friend, Kyle, and runs into some obstacles (secrets and lies) along the way. For the most part, teenagers can be secretive and they can lie. ‘LOL’ depicts the teenage world in a sense where nothing else exists but them.

A couple of years after the release of ‘LOL’, ‘Boyhood’ was released. The film is unique because it follows the life of Mason Evans from childhood to adolescence. Most films use a different actor to play a character when they’re a child but this film uses the same actor. The filming process for ‘Boyhood’ lasted a little over a decade. It stars Ellar Coltrane, Ethan Hawke, Patricia Arquette, and Lorelai Linklater.

‘Boyhood’ is directed by Richard Linklater, the genius behind the ‘Before’ trilogy that stars Hawke and Julie Delpy. The film received numerous nominations and an Academy Award for Best Supporting Actress for Arquette.

Out of all the films on this list, this film takes the crown for portraying the life of a teenager realistically and accurately. The film follows Mason through tough times and high points of his life. It shows him as he grows up and matures.

A couple of years after ‘Boyhood’, ‘The Edge of Seventeen’ was released. This film can be closely compared to ‘The Princess Diaries’ as both films feature awkward teenage girls as the title characters. The film follows a seventeen-year-old girl named Nadine who experiences the many stages of being a teenager. It stars Hailee Steinfeld, Haley Lu Richardson, Kyra Sedgwick, and Woody Harrelson.

The film realistically depicts the awkward phase that all teenage girls go through. This awkward phase is known as puberty. It also illustrates family struggles as Nadine isn’t extremely close with her brother and mother. She keeps to herself unless she’s with her best friend, Krista. She often vents to one of her teachers, Max Bruner, about her struggles.

Time to Wrap It Up

With many coming-of-age films focusing on realistic elements of a teenager’s life, they can be dramatized to the point where that realism slowly disappears. The films on this list show that coming-of-age stories can depict teenagers in a realistic light without overdramatizing them and their experiences.