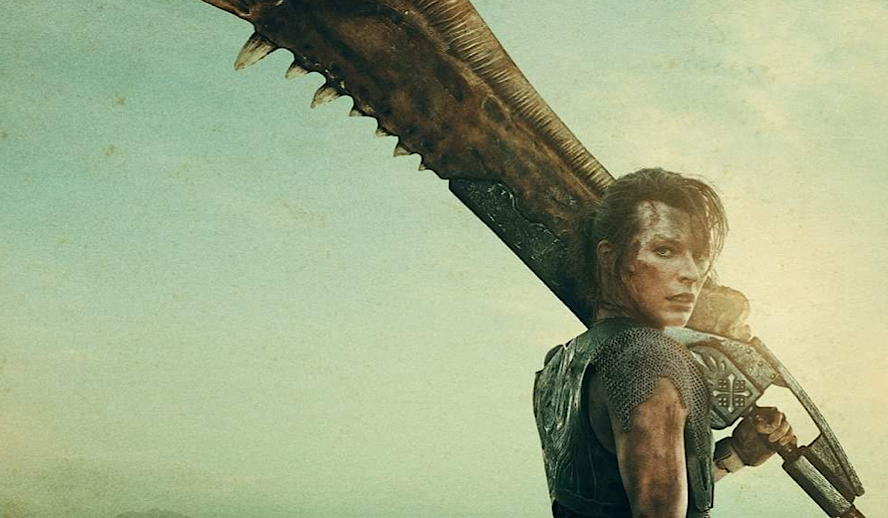 At a time when video game movies were commonly considered to be commercial and critical poison, Paul W.S. Anderson hit #1 at the box office with his 1995 adaptation of Midway Games’ fighting game Mortal Kombat (so titled). Not only has the film retained cult status, but its soundtrack also became the first EDM record to go Platinum, speaking to its multifaceted success.

Seven years later, after a couple of original works, Anderson returned to video game adaptations with Resident Evil, based on Capcom’s horror video game series of the same name. It starred Milla Jovovich (The Fifth Element) and went on to spawn the highest-grossing franchise of films based on video games.

Almost 20 years later, Anderson and Jovovich are married with three kids and set to return to the big screen with yet another video game movie- Monster Hunter. Again directed by Anderson and starring Jovovich, it’s based on the eponymous video game franchise also developed by Capcom.

Originally slated for theatrical release on September 4, 2020, Sony Pictures delayed its debut until April 23, 2021, with the advent of the COVID-19 pandemic. However, in a surprising move, the film’s release date was then pushed up to December 30, 2020, meaning it will serve as the conclusion to one of the wildest years in recent history.

Monster Hunter will debut in China much earlier, slated to premiere on December 4th. A collab between the upcoming movie and Monster Hunter World: Iceborn is set to release on the same day, bringing Milla Jovovich’s likeness into the game itself.

As the ongoing pandemic continues to impact theaters and moviegoing culture in a truly unprecedented fashion, it remains to be seen how Monster Hunter will fare in terms of its theatrical performance. Nevertheless, let’s examine what we know about the film itself and the games it’s based on.

At their core, the games are exactly what they sound like–the player takes the role of a Hunter, tasked with observing and destroying monsters for both research purposes and practical ones, such as protecting a village or crafting weapons and armor from their bones or hide.

The settings are split between breathtaking, primitive landscapes inhabited by reptilian behemoths and the frontier settlements where human civilization attempts to take shape. The architecture and technology combine elements of steampunk with various tribal styles including that of the Mayans, Aztecs, and Eurasian steppe nomads.

Though Monster Hunter initially debuted in 2004 on the Playstation 2, it didn’t fully grab the attention of Japanese gamers until Monster Hunter Freedom and its sequel landed on the Playstation Portable. The games were designed around players working together to fight monsters via local ad hoc networking, as in huddled together in the same space, which was easier to accomplish in Japan where the population is far more condensed than in the West. This meant that while Monster Hunter became a Japanese sensation, it remained relatively unknown to Western audiences.

It was only when Monster Hunter: World came out in 2018 that the series’ popularity exploded internationally. Capcom developed the game from the ground up with the goal of better catering to Western gaming sensibilities, which included implementing full online capabilities that would make it far easier for the average player to link up with another. Additionally, they made the game more open world than its predecessors, which would appeal to Westerners’ affinity for open-world games that is evidenced by the successes of the Grand Theft Auto and Elder Scrolls franchises, which are not as prominent in Japan.

Monster Hunter: World not only received universal acclaim, it shipped over five million copies within days of its release. Director Paul W.S. Anderson specifically cites this game as a major influence on his upcoming film, and it comes as no surprise that Capcom might want to capitalize on its newfound audience with a Hollywood tie-in.

In a significant deviation from the games, the premise of the film is that a small military force, led by Milla Jovovich as US Army Ranger Captain Natalie Artemis and featuring rapper-turned-actor T.I. as a sniper named Link, find themselves transported to the world of Monster Hunter where they must learn to survive and find a way home.

Director Paul W.S. Anderson explains that the purpose of this narrative choice is to allow the film to be enjoyed by both fans of the games and the completely unacquainted. Given Capcom’s attitude towards expanding their audience within the Western sphere, it makes sense that they would support such a departure from their games’ traditional plots.

However, once you look past the inclusion of US military personnel shooting monsters with machine guns, the setting, monsters, and characters are surprisingly loyal to the source material. The Chinese trailer explicitly names the monsters that are being brought from the world of the games to the movie: Diablos, Nerscylla, Apceros, and Rathalos, and they look satisfyingly like their game counterparts.

One exciting addition to the cast is Tony Jaa, lesser-known to a wide Western audience but renowned in his own right for his starring role in the Ong Bak films, in which he showcased his virtuosic Muay Thai skills. He plays the role of the Hunter, traditionally the protagonist of the Monster Hunter games, and his appearance could be lifted directly from the cover of Monster Hunter: World itself. Based on the Chinese trailer, it looks like he’ll be in the role of deuteragonist alongside Jovovich’s protagonist, who have to overcome a language barrier to learn to work together. Given Anderson’s history of featuring martial arts in his films, it’s possible that Jaa’s impressive athleticism could be displayed at its full potential.

Related article: Everything We Know About ‘Wonder Woman 1984’: Much Anticipated, Much Delayed

Related article: Must-Watch – ‘Uncle Frank’ Review: Beautifully Cracks the World Open and Shows Us Precisely Who We Are at Our Core

Also joining the cast is Ron Perlman, who apparently disliked having to swing giant, flaming axes, in the role of the Admiral, which is also a character traditionally featured in the Monster Hunter games.  Another notable addition is MC Jin, the first Asian American solo rapper to be signed to a major record label in the US.

Video game movies have been experiencing a minor renaissance in recent years, with films such as Warcraft, Rampage, Tomb Raider, Pokémon Detective Pikachu, and Sonic the Hedgehog attaining mild critical approval and notable commercial success. General audiences seem to be forgetting the stigma that was once attached to video game adaptations, and studios seem more willing in turn to take chances on producing these pictures, such as with the upcoming Uncharted film.

Nevertheless, with coronavirus complications continually clouding the foreseeable future of filmgoing, Monster Hunter might fall victim to the unfortunate set of circumstances that has been 2020. Following the example set by Tenet, Monster Hunter will power through its theatrical release, and we can only wait and see how it fares. Anderson has already expressed interest in a sequel, and only time will tell if it will come to fruition.