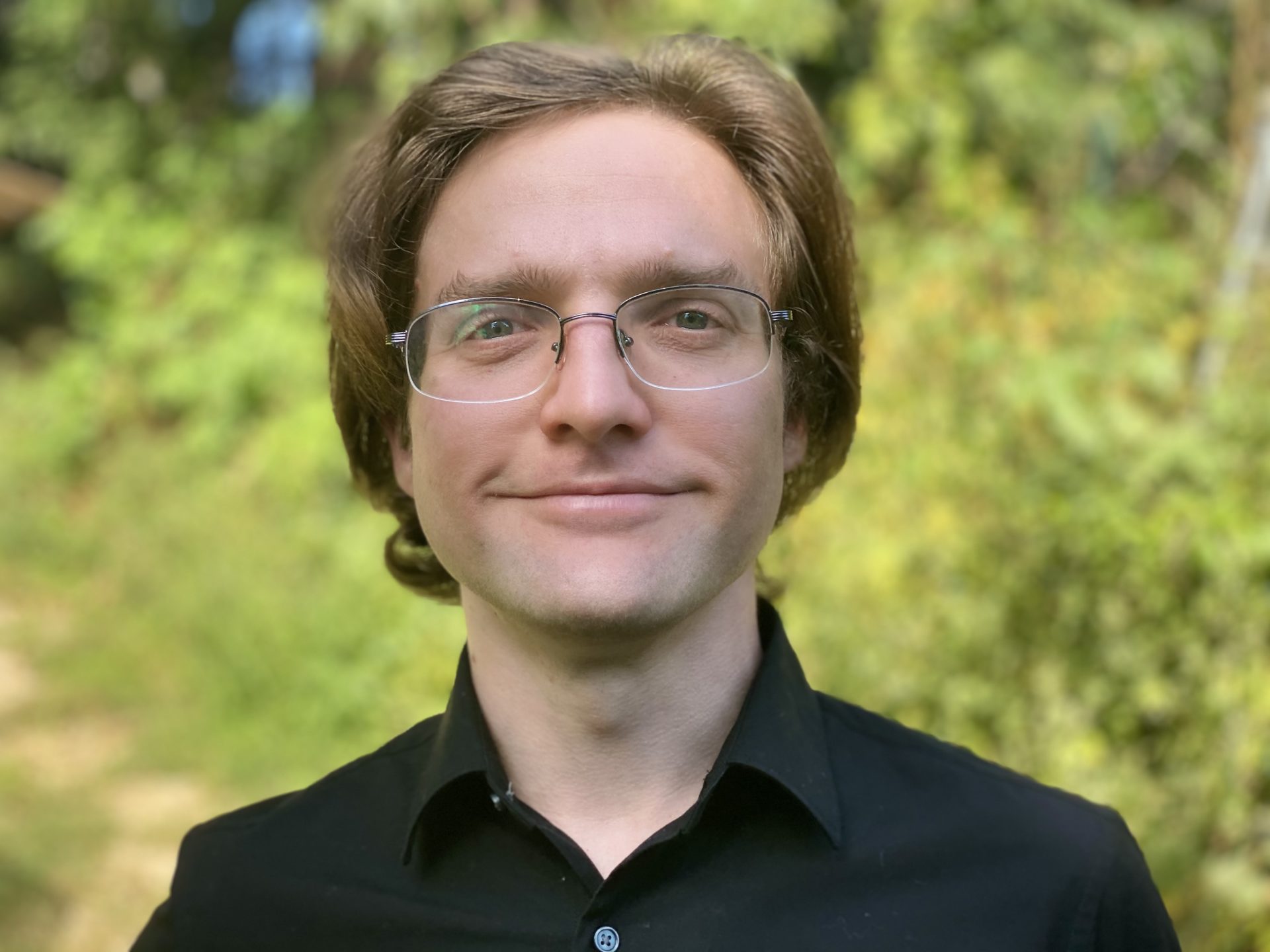 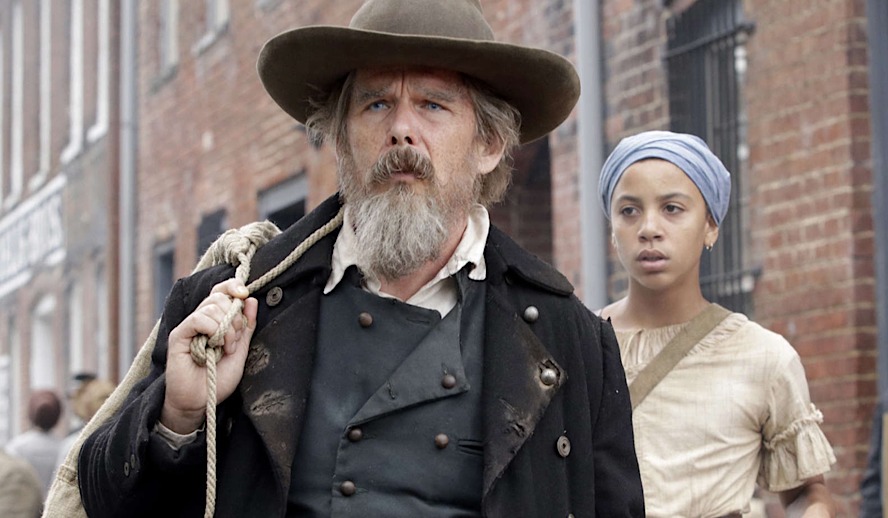 ‘The Good Lord Bird’: John Brown walks into a barbershop. During his shave, he spouts a litany of memorized Bible verses to the barber in an assumed Irish accent. The barber, an enslaved man, is enthralled; unfortunately, the barber’s master is not. After boldly insulting the slaveholder and further evoking the Lord, Brown is fired upon – but miraculously, the weapon explodes in his assailant’s hand. Brown flees the scene with the barber’s son Henry, who he mistakes for a girl and nicknames him “little Onion” for the remainder of their acquaintanceship.

These are the sort of absurd comic theatrics one can expect from ‘The Good Lord Bird’, the new Showtime limited series from Mark Richard, Ethan Hawke, and Jason Blum. The story, adapted from a novel by James McBride, tells the story of the abolitionist John Brown, whose famous Harpers Ferry raid is often credited as being the inciting incident of the American Civil War. The story is told from the perspective of Henry Shackleford, who becomes Brown’s de facto damsel-in-distress as he marauds across the south freeing slaves and executing their persecutors.

As portrayed by Ethan Hawke, John Brown is certainly no believer in Immanuel Kant’s categorical imperative. All manner of murder and mayhem are justified if they are in the service of destroying slavery. He’s a bit like Samuel L. Jackson in Pulp Fiction; he’s constantly delivering Biblical executions and incredulous reactions to his miraculous avoidance of death. Hawke, who recently gained accolades playing a far more measured holy man in Paul Schrader’s First Reformed, is here an unleashed revelation. The actor has gone on record as a fan of Nicolas Cage’s acting style, and one can’t help but wonder if he’s tapped into Cage’s power supply here.

All spittle and mad-eyed stares in his confrontations, there’s a softer side to Hawke’s Brown as well. He frequently ministers sermons to the rabbits and turtles he finds in the forests he holes up in like a 19th-century Robin Hood, and he has genuine tenderness for his band of merry men. Perhaps even his long-winded .44 caliber ministrations are an act of mercy, giving his victims one last opportunity to truly repent before he snuffs them out. As a producer, Hawke also tempers his tenacity with a note of beneficence. Despite Brown being a showy role, Hawke doesn’t attempt to wring award-baiting pathos out of the character or lodge him in the seat of the protagonist. The narrative belongs to Henry Shackleford, and within that framework, John Brown is merely a destiny-altering force of nature.

As Henry “Onion” Shackleford, newcomer Joshua Caleb Johnson grounds the series in our pervasive, pernicious reality. Mistaken for a girl by his would-be savior, Henry doesn’t challenge Brown on the error. He seems to see any disruption of Brown’s domineering narrative as an act of insubordination, something his life of servitude has taught him to avoid. Even the rebranding of Henry, first as “Henrietta”, then moments later as “Onion”, are invasive acts. On top of that, Henry is violently thrust into John Brown’s crusade of blood without his consent. He has no voice. As an adolescent navigating several liminal spaces simultaneously, Johnson’s performance is incredibly intuitive. As the series progresses, there’s a sense that he is adopting the admirable aspects of Brown’s philosophy while also discovering what it means to be free for the first time in his life.

Henry’s masquerade as a young girl is only mildly convincing, but that is part of the brilliance of the writing. Henry, already forced to contend with ‘otherness’ due to the color of his skin, is further forced to contend with an even more blatantly artificial delineator of identity. These were not emancipated times for women, and while that designation grants Henry special sympathies among John Brown’s company, it also exposes him to a whole host of other threats.

White slavers (including a particularly lascivious Steve Zahn) are already accustomed to seeing black people as property, and simply see Henrietta as another kind of commodity. Of course, the fact that the adolescent Henry is sexualized at all is another issue. Accepting slavery as simpatico with American liberty is a form of cognitive dissonance, and conceptualizing Henry as a sexually viable woman is a heightened extension of that. Notably, many of the enslaved people Henry encounters see through Henry’s charade and recognize it as a survival technique.

Bringing the story of John Brown to the mainstream is no easy task. Despite being heralded in his time by such luminaries as Ralph Waldo Emerson, Henry David Thoreau, and Victor Hugo, Brown was also derided by Abraham Lincoln as “insane”. Even Frederick Douglass, a close compatriot, had misgivings. Portrayed in the series by a flamboyant Daveed Diggs, Douglass calls Brown a “lunatic”. Brown advocated for violence as a means to produce social change. Considering our current crossroads, perhaps there has never been a more appropriate time to consider John Brown’s story.

In Jason Blum and Ethan Hawke, this story found a perfect production team. Blum and Hawke met in the early ’90s when Blum joined Hawke’s underground New York theatre company as a producing director. Soon, Blum was hawking $10 tickets to tourists in Times Square and offering them the privilege of striking the set after the show as an innovative way to keep costs down. Blum went on to found Blumhouse Productions, a company famous for creating low budget creative films (The Purge, Get Out) and turning huge profits. Hawke is no stranger to innovation himself. He paired with Richard Linklater on the deeply philosophical Before Trilogy, which presented the unfolding of a romantic relationship spread out over 18 years, and Boyhood, a domestic drama filmed over the course of 12 years in order to consistently use the same child actors.

Suffice it to say that these two are revolutionaries capable of bringing a revolutionary story to the screen. The production is full of dextrous touches. Filmed appropriately in Virginia, the sets, costumes, and locations are all remarkably authentic. Episode directors include Albert Hughes (Menace II Society) and Haifaa al-Mansour (Wadjda). The cast is excellent as well, featuring Hubert Point-Du Jour, McKinley Belcher III, and Zainab Jah as Harriet Tubman. There’s a Boyhood reunion in the cast as well, as Ellar Coltrane once again plays Ethan Hawke’s son as Salmon Brown. The casting department also managed some southern authenticity by casting Atlanta-native actors William Tokarsky and Alexis Louder in prominent supporting roles. Ultimately, The Good Lord Bird is a raucous yet sobering affair and one that pays back the patent absurdity that is American racism with its own coin.

‘The Good Lord Bird’ is currently streaming on Showtime and Amazon Prime.