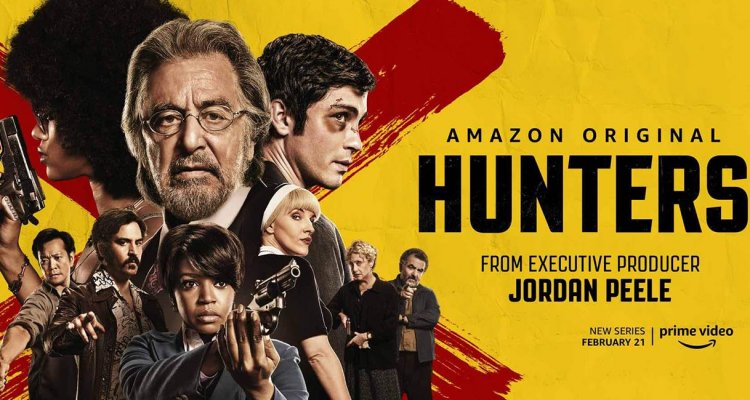 With a stellar, star studded cast that includes the likes of legendary Al Pacino, (Godfather, Scarface, and most recently The Irishman), Logan Lerman (Percy Jackson & the Olympians: the Lighting Thief), and Lena Olin (The Artist’s Wife), this is a graphic drama that is set primarily in the 1970’s. Much of the action takes place in New York City during the Summer of Sam, as we follow a young man called Jonah (Lerman) seeking answers about the mysterious, unanswered murder of his grandmother, Ruth.  Quickly, he realizes that there is more to his grandmother than anyone really knew. After diving deeper into his Ruth’s murder, Jonah discovers that she had formed a secret undergroup ring of Nazi Hunters. As a survivor of the Nazi atrocities during World War II, she could never truly rest with the pain she carried.  Using this pain, she formed a group of secret underground Nazi hunters, which includes Meyer Offerman (Al Pacino). Unknown to the world, this small group of highly-trained vigilantes have been tracking down Nazis who have escaped justice, but will not escape the revenge of those they have hurt.

Many viewers may be off-put by the comedic nature of the gore and blood-spatter throughout the show, some will find humor in the Tarantino-esque drama.

Many comparisons can and will be made between Hunters and Quentin Tarantino’s bloody Nazi ensemble dramedy, Inglorious Basterds. Both are focused on a highly trained team whose sole mission is to hunt and kill Nazis.  However, the similarities go beyond the plot. Tarantino is known for his trademark gore and over-the-top violence to the point where it is almost comical.  Hunters, too shares this style as they depict the torture and killing of Nazis in brutal detail, along with the barbarity towards the Jewish people.  Like Tarantino’s style, I can see how this tone of “not pulling any punches” can not sit well with many viewers. Those who are off-put by the obscene violence and gore throughout the show may take issue with the joking manner in which it is presented.  Clearly, the directors did not intend to minimize the suffering of the victims, rather they wanted to emphasize the revenge being taken out on the villains. It might feel cathartic or humorous to some to see Nazis get maimed and mauled. The scenes where there are flashbacks to WWII are very different tonally, in that they are handled with a great deal of severity and highlight the pain of the prisoners.  Though still brutal, these scenes handle the experience of the Holocaust with respect. However, the sections that occur in 1977 are handled with a more juvenile sense of pleasure as the Hunters kill Nazis in the most over-the-top fashion.

Rendezvous At The Premiere of Hunters

​Al Pacino’s Meyer Offerman begins as an almost humorous caricature, but grows into his own by the end of the season.

Many are attracted to the show because of Al Pacino’s Meyer Offerman.  Though he is not in the central role, he is still a scene stealer when he does get screen time.  Pacino plays Ruth’s best friend, who was physically and mentally tortured by the Nazis. During the first few episodes, Pacino’s performance can be read as too much or over-dramatic as he does a quintessential Italian performance with a heavy-handed Yiddish accent.  This performance does border on the brink of comedy for a while as he seems just a bit silly. Though, Pacino finds his groove over the course of the season as he becomes a fatherly figure to Jonah, becoming more worldly, kind, and relatable.

Logan Lerman, despite his incredible performance, is never quite given the opportunity to shine.

Though Logan Lerman is a great actor throughout the show, giving a very intense and thrilling performance as he works with Offerman to bring down the Fourth Reich.  Though the writing does not do much for his character. We never get a look into who Jonah is.  Rather, people just come and go into Jonah’s life, helping him along with his investigation, thus furthering the plot.  Unfortunately, this never gives Jonah time to process and develop his own feelings on the matter, so we never get to see or know what he is thinking.  Pacino and Lerman are fantastic together, and their grandfather-grandson bond felt completely believable and natural. I only wish that the writers focused on this bond and Jonah’s character more, rather than simply moving the plot forward.

Related article: EXCLUSIVE: Watch – Is That Quentin Tarantino Hidden In Plain Sight In The New Poster Of Once Upon A Time In… Hollywood?: An In-Depth Analysis

Video: Rendezvous At The Premiere of ‘Hunters’

​The Villains, unfortunately, are exactly who we expected.

Though this show is fun, entertaining, and action-packed, it does not escape without its fair share of weaknesses.  Their villains, unfortunately, did not stand out much at all. After so many films and tv shows about WWII, we have seen the trope of the Nazi-villain done countless times.  Blonde-hair, blue eyes, pale skin, sinister smile, etc. Each of the Hunters have their own colorful personality, and we feel we at least know them a bit. This show does not let us into the villains’ motivations or inner thinking.  Rather, they just are caricatures of villains. They take far too much pleasure in their deeds, as they gleefully mention ovens. I know this is supposed to be over-the-top comedy, but the series would work so much better if they had a realistic villain, someone we could all hate.  Instead, we have paper-thin cartoon villains who laugh at the thought of killing Jews?

Despite all of these pitfalls, the colorful characters, bonds formed, and the humorous moments throughout make the show worth a try.

Though Hunters is a bit wobbly and struggles to find its stride at times, at the end of the day, it is an entertaining romp much like nglourious Basterds. Characters such as Pacino and Lerman are what keep the show so grounded and are one of the few relatable aspects in the show.  The Hunters themselves, though, there is not much time or development spent on them, are given some excellent backstory that I also wish was expanded upon.  As they work together, you see they are a bunch of misfits that just don’t quite get along. Their personalities are definitely distinct and eccentric, which made each mission interesting as you look forward to seeing how they interact with one another.  I just hope we see more of the actual Hunters in season two, along with Pacino and Lerman.

This show excellently brings to light the fact that the horrors of Nazi actions happened in the recent past. We must never forget the darkness that extremists can bring. We must stay vigilant be against all forms of extremism.