The Request of A Teenage Girl: It is Time Hollywood Changed the Way it Depicted Sex and Sexual Assault in Cinema/TV to Stop Harming Teenagers 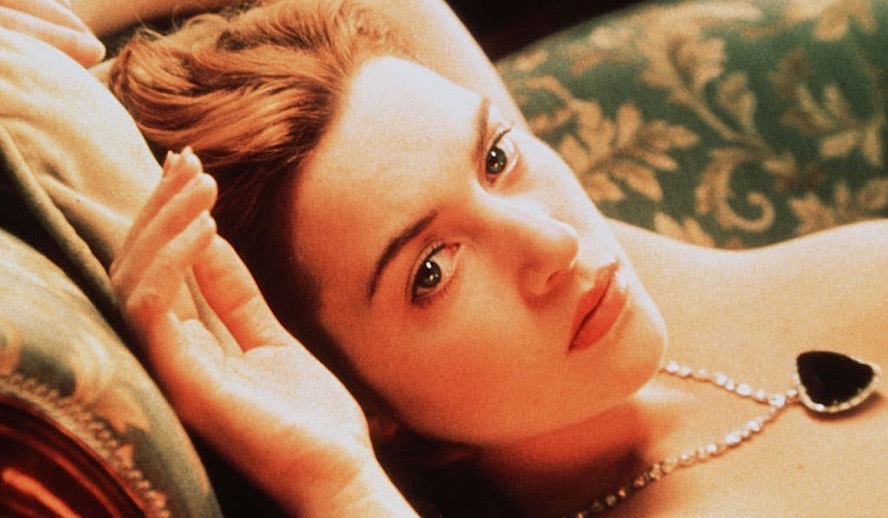 More than half a century after its theatrical release to cinemas across the country, I sat in a stuffy English Literature classroom, the room dark and eerily silent, as we drowsy students watched the movie Sweet Bird of Youth – tragedy of St. Clouds’ many eclectic citizens and stars unfold on the projector. A literary work that has been aptly described by my teacher, Mr. Shannon, as a “Tennessee Williams play written to sound like a Tennesse Williams play,” it is infamous for its sardonically brusque depiction of Hollywood stardom and the sex-driven, drug-ravaged failure to attain it.

It may not seem, at first glance at that mundane classroom, that the events that day could matter – should matter – enough to deem it worthy of your attention.

Every moment of contact, romantically-charged and more than subtly suggestive, was ill-inducing for me: I could not stand to watch it. I shook violently as Paul Newman raked his hands over Geraldine Page, methodical in his manipulation and dastardly in his greater intentions. I verged on tears as Shirley Knight, a decade younger than her fellow actor, was groped greedily by a man she could only physically respond to with little confidence. And although it is a rather modest production for the time, the rated-R adaptation left a lasting impression on me; a young girl who knew what it was like to be taken advantage of, emotionally and physically, like Princess and Heavenly, and suffer the consequences alone.

It should matter because films today have not changed; in many aspects, one could argue they have deteriorated.

Their depictions of sex, sexuality, and power have, for too long, refused to change for the audience it desperately needs to appeal to: teenagers.

It would be an understatement to assess the whole of modern cinema and conclusively describe the use of sex as a story-telling mechanic or plot tool as “common.” It permeates film.

It saturates literature – one need not look further than my senior year syllabus to see that this is evident. Oliver Twist, a story about poverty-turned-misogyny when its strongest female character, a prostitute, is brutally murdered; Tess of the D’Urbervilles, a brutal serialization of a woman’s rape, trauma, and abuse at the hand of menfolk; and more, and more, and more. As Lucie Shelly notes in The Guardian, “Writers have been fascinated with sex… for as long as the two professions have existed.” But literature is uniquely different from film, in that a film’s  audience does not have the opportunity to process, evaluate, and imagine for themselves the actions taking place – an audience in the cinema, however, is immediately bombarded by intense stimuli, with little to no reprieve to analyze in-depth the events that have taken place before the next, plot-important scenes can play. It is rapid, corporeal, and objective.

And when sex or sexual assault “becomes a metaphor for a problem of a larger scale than the actual, traumatic transgression of a person’s boundaries” within the vivid excesses of cinematography, it often ignores who is most vulnerable to these metaphors: teenagers.

There is a wide array of research on the psychological impact depictions of sex in popular media have on teenagers – but as a 2011 study by the University of Pennyslvania demonstrated, the literature has not paid enough attention to the specific effects that each genre individually has on a teenager’s impression of sex. The researchers found that the comedy and drama genres were the most likely to contain sexual subject matter, constituting 87% of their content; dramas were, above all, the most likely to actually depict sexual behaviors, at 47% of their content. Yet for each, their true impact on the teenage psyche was markedly different from the other: “exposure to sexual content in comedies was positively associated and exposure to sexual content in dramas was negatively associated with the two constructs that were most predictive of intention [to have sex among teens]: attitudes and perceived normative pressure.” It is incredibly clear that the way producers decide to portray sex, sexual assault, and sexuality in the content teenagers consume has a significant impact on our impression of what sex is and what sex should look like. And in an era where “abstinence only” reigns as the singular option for many teens, it is imperative to avoid the trappings that could influence a Chance Wayne or Heavenly Finley – a man who uses “love like most men use money” and a girl he can easily, almost impudently take advantage of thanks to the bliss of ignorance.

But I would argue that it is not merely the subject matter that must change, but rather their depiction.

I had a remarkably different experience reading the script for Sweet Bird of Youth than I did watching the film adaptation. Tennesse Williams, indeed, is quite interested in exploring sex, drugs, power, age, and stardom – but the scenes are purposeful. The scenes that contain the most sexual content are the ones that most poignantly explore the physical and psychological consequences of the characters’ actions on stage. It is not that sexual assault in the larger medium is a topic that can only be discussed in one way, or by one person, but that “erasure is also at work when films confuse consequence for symbolism,” as Elena Lazic most precisely noted in The Guardian. “Cinema cannot turn sexual violence into another plot point or symbol, and ignore the specific experiences of victims.” But I would go further than that: it is not just the “lack of engagement beyond shock value” that must change, but the depiction itself. In a form of art that is so creatively restricted by its time limit, it struggles to explore the depth of a story that literature so easily can. An author can tell you, word-for-word, why something has occurred or what someone has felt; a director, actor, editor, costumer designer – an entire team – has to combine many subtle, small parts together to give the audience what might only take a single sentence in a novel. And from my perspective as the audience, this is what so greatly bothered me about the 1962 adaptation of Sweet Bird of Youth – not the content, but the depiction.

The art of choreographing intimacy in cinema

The same year I had watched Paul Newman master the art of sex, women across the film industry were mastering the art of choreographing intimacy. Emily Meade was the first to act, but not the last to benefit from an “intimacy coordinator” – a professional who acts not only as an advocate, facilitator, advisor, and choreographer on any and every set, but as a wealth of information on sex and safety. I was shocked when I first heard of such a thing; I was even more shocked to hear of the little things she (Alicia Rodis, in this case) provided: mouth spray, lubricant, athletic cups. It would be dishonest of me to say that I had never considered lubricant an essential part of any sex – I had never seen anyone on screen use it before. That was the narrow extent of my education on sex alone: what I had and had not seen on screen.

“She understands how to help us choreograph things to make them look more real than they are, by actually doing something less real,” Meade said of Rodis to Rolling Stone.

What we see, we tend to believe is real. This is just the objective nature of a witness’ perspective, and what film often attempts to inspire in us: that sense of realism, that sense of personal experience. But teenagers don’t have the actual experience to know reality from fantasy. I certainly didn’t. And I’m sure that Emily Meade – who starred in her first sex scene at 16 – didn’t either. For realism to be captured, in any medium, but most importantly film, it must stand the test of time.

It’s 2020. We should dare to ask: does this movie stand the test of time? Everytime I watch a Harvey Weinstein movie from the last decade, I cringe. That shouldn’t be my answer.

Media is not consumed by only adults – nor is it made specifically for adults. But media content has a real, lasting and tangible impact on teenagers that can be incredibly damaging in an era where sexuality and sex is often discussed only within the parameters of abuse or abstinence. By changing how we present sexuality and sex in productions, such as by making it more realistic, hiring intimacy coordinators, and encouraging the respectful treatment of actresses and actors, the industry can ensure that that very important section of their audience – teenagers – are able to see something positive; authentic yet conscientious; and, most importantly, not dangerously stereotypical.