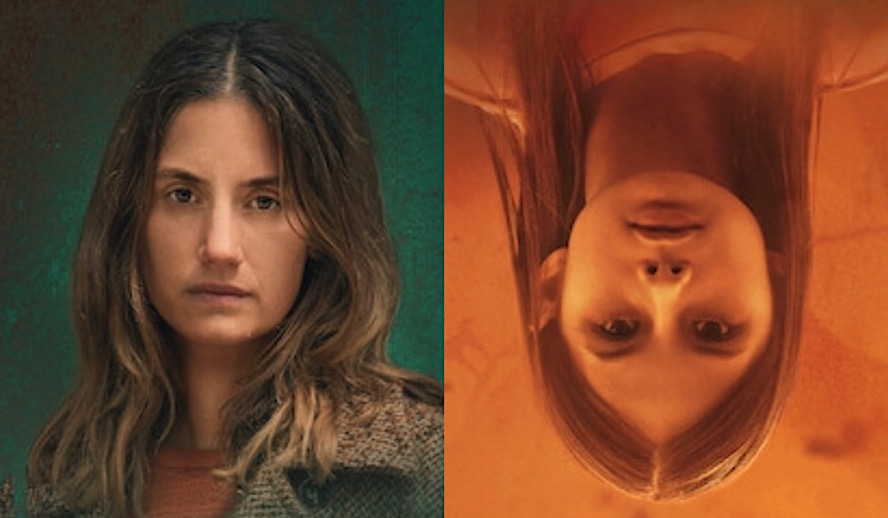 Sometimes we search for series that will stretch over years, sometimes even decades, giving us an abundance of seasons and episodes to look forward to. Other times we want an intriguing mystery and mythology that holds us for as long as it can, provides thrills and intrigue, and then wraps itself up in a bow and leaves us thinking “Short and sweet, but time well spent.”

Such is ‘Equinox’, Netflix’s new Danish supernatural mini-series, adapted from the acclaimed podcast ‘Equinox 1985.’ The podcast was written and created by Tea Lingeburg, who steps in as a writer for the series as Søren Balle (‘Deliver Us’, ‘The Rain’) and Mads Matthiesen (‘10 Timer til Paradis’, ‘The Model’) take the directing helm. The mystery serves its viewers with plenty of twists and turns, morally gray characters, and some unsettling del Torro-style imagery thrown in for good measure.

‘Equinox’ begins where all mysteries should – with the hook. During a studenterkørsel (high school graduation), a truck full of studenter (graduates) mysteriously vanishes, with only three returning. The show focuses on solving this mystery twenty years on through the eyes of radio host Astrid (Danica Curcic), the younger sister of one of the vanished students, Ida (Karoline Hamm). The series intercuts between past and present, revealing the story behind the disappearance in parallel to Astrid’s progress in her investigation.

The show is not unlike another Netflix foreign language original, ‘Dark’, with its use of the supernatural to create suspense and eeriness. The show’s mythology could also be compared to ‘Stranger Things’, with an orange-tinted Upside Down and a rabbit-shaped Demogorgon, rounded off with a mysterious island that meets somewhere in the middle of ‘Lost’ and ‘Midsommar.’

Not every show has to break the wheel

These comparisons could easily lead one to think that this show has nothing new to say, but this is not the case. The plot centers around a mysterious book, a goddess known as Ostara, and the equinox – a day of the year when night and day are the same lengths. On this day, the gates to other worlds can be opened and gods can claim what is theirs. We get glimpses into these other worlds through a young Astrid’s nightmares, wherein lies a Donnie Darko-reminiscent ‘Hare King.’

The inclusion of paganism allows for creepy, visceral visuals that are never done so often as to lose their effect. The series tilts more thriller than horror, however, with the exception of the occasional cheap jump scare in the early episodes. Astrid justifies her search as research for a new radio show – a premise that is quickly dropped as this is revealed to be a much more personal mission. Not only does Astrid wish to know the truth about her missing sister, but she also wants to prove to herself that her younger self was not crazy and that her nightmares were not psychotic delusions, as health professionals and her own father tried to convince her they were.

The show isn’t shy about its roots in pagan law and makes the wise decision to put the more far-fetched aspects of the series upfront. Early on, we are given to understand that amber dreamworlds and The Leftovers-style vanishings will be the norm, as opposed to reducing these aspects to cheap twists in later episodes.

This is where the true heart of the series lies. As fun as creepy kids’ songs, pagan cults, and cryptic books are, the deep dives this series takes are into the character’s motivations. Like every good mystery, every character is a suspect with their own motivations and beliefs. Astrid is looking to ground her sanity, proving to herself and those around her that her so-called delusions as a child were instead fact. Her parents straddle opposite sides, with her father (Lars Brygmann) insisting she is a sick child in need of care while her mother (Hanne Hedelund) insists that Astrid is the only chance of rescue for Ida.

Already the underlying conflict driving both child and adult Astrid is clear. Being split by opposing parents is already difficult enough without the burden of traveling to an otherworldly hellscape to rescue one’s sister being added to it. Astrid was not the only child affected by this pressure, with flashbacks revealing that their mother also had an invested interest in Ida’s outcome and, we suspect, may have a hand in her disappearance. The series will strike true with any viewer who has had to deal with mental illness in a parent, or indeed anyone who remembers what it is like to live in a world of disbelieving adults who dismiss and disbelieve based solely on age.

This grounding, in reality, is also prevalent in the flashbacks revolving around the four teenage characters. Ida could have been merely a plot MacGuffin, a driving force for the show’s unlikely detective Astrid, but she is granted her own storyline and quickly becomes the most intriguing character on the show. Four teenagers finding a creepy (and so obviously cursed) book and following its instructions as a part-adventure, part-joke, sounds like it is straight out of a cliche B-movie. However, ‘Equinox’ manages to strike a truly unsettling tone, partly due to the fanaticism of group leader Jakob (August Carter), and partly due to tapping into the parts of ourselves that remember being bored teenagers in search of meaning as we teeter between the threshold of childhood freedoms and the shackles of adulthood.

In a time when we need content more than ever, ’Equinox’ serves as a compelling, slow-burn mystery that doesn’t bloat its runtime. Six forty-minute episodes serve well in telling a tale that combines self-discovery, philosophical discussion, and a healthy dose of teen angst mixed in for good measure. The pagan-based plot may seem far-fetched when removed from the more reality-based material but, as the show points out, we do celebrate an annual holiday where rabbits bring eggs to children.

An easier watch than ‘Dark’ and a shorter one than ‘Stranger Things’, Equinox might just be your next quarantine-induced binge watch. The finale answers the series’ most important questions, but not all. However, there’s no need to despair – a second season is scheduled for early 2022. (That is if Netflix doesn’t cancel the show first).

The first season of ‘Equinox’ is now available to view on Netflix.