Mia Goth’s ‘X’ Shows No Matter the Age, We All Want to Feel Desired | A Film About Sex 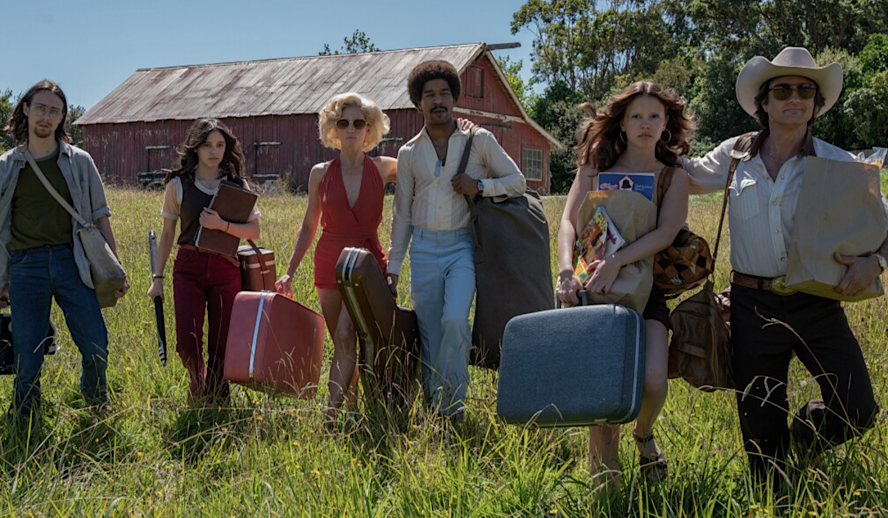 When I first saw the trailer for the film, I was immediately enthralled because I’m always excited about new horror concepts and this film definitely taps into a different aspect of horror. The genre is always changing because repeating the same concept over and over doesn’t scare the general audience anymore and it ends up coming off as cheesy. Therefore, once a certain type of horror film succeeds, all major studios follow the same concept that scares the audience to make a profit. I believe horror is going back to what classic horror used to be and is becoming scary again because it’s unexpected.

There are certain rules to survive a slasher horror film and it is to not have sex because once a couple gets it on, their fate is sealed and in this film, there’s a lot of sex. The basic gist of ‘X’ directed by Ti West is about a group of young adults who stay at an elderly couple’s rural Texas property to make a pornographic film but when they get caught, they find their lives at risk. If you’re uncomfortable with seeing sex on the big screen, this film isn’t for you because the plot revolves around it and I appreciate how they handle the topic. In the film, sex is shown as something everyone wants and how sex can liberating for women.

The women in the film did an amazing job at portraying women breaking the norm when it comes to sex because this film takes place in 1979 and women being confident in their bodies and showing it off is taboo. Women that are promiscuous are often called “whores” and are often deemed as dumb and lacking self-respect, this film addresses the topic of women who put out are demonized but women who don’t are called a prude. However, when a woman decides to take control of her sexuality, her boyfriend or husband often wants to control them and disapprove of their exploration. Therefore, in the film, I was rooting for the women to stay alive but obviously, they can’t live because it is a horror film and the cast has to be killed off.

In America, sex is often seen as a sacred act between two people and it’s taboo to talk about or even learn about in schools but there’s a double standard because Americans are obsessed with sex and that’s why it always sells. I like how the film portrays the topic of sex in America because, in the film, there are scenes with a preacher on TV giving speeches about how premarital sex is a sin and the elderly couple represents the side of America that views the act of sex as taboo but craves it as well. Meanwhile, the elderly couple gets jealous of the young adults openly flaunting the act of sex, thus representing the double standard in America. The characters in the film are then punished by the elderly couple for being sexual because in the U.S. being open about sex is silenced.

One thing that’s memorable about the film is the cast because they all do a phenomenal job at playing the classic horror trope roles. What surprised me the most was Mia Goth because plays dual roles in the film as Maxine Minx, as well as Pearl, the elderly woman. She did a phenomenal job as Pearl and Maxine because the film’s primary theme revolves around longing for the past and youth. Throughout the film, you feel bad for Pearl because she misses her youth but copes with it in a horrible way. The way the film makes you feel sympathy for Pearl at the beginning of the film, makes you think that she’s a simple old lady that wants to be young again but rips the rug from under you real quick leaving you with conflicting thoughts.

Jenna Ortega as Lorraine also stands out because this is the second horror film she’s been in this year along with the ‘Scream’ sequel. I was rooting for her because she’s Jenna Ortega but her character also follows horror film trope rules and her fate has you at the edge of your seat because you want her to survive. There are moments in the film that have you questioning the character’s actions because their decisions aren’t smart but it makes sense as to why they fall victim to the elderly couple because they underestimate them. Martin Henderson as Wayne Gilroy, Scott Mescudi (Kid Cudi) as Jackson Hole, Brittany Snow as Bobby-Lynne, and Owen Campbell as RJ Nichols did great in their roles and were entertaining to watch on-screen.

As someone who is now appreciating the horror genre, this film did have me hiding behind my hands at moments and one moment left me shrieking in fear so this film did a great job at scaring me. I expected this film to have a supernatural factor involved with it because most horror films now do but it’s just a simple slasher film and I appreciate that a lot. This film holds up with the classic slasher horror films and I can see this becoming a cult classic in a decade.

Now would I rewatch this film, I don’t know yet because the prequel to this film hasn’t been released yet so once I view that film, I’ll have an answer. The only problem I had with the film is the death of some characters. I wish they could’ve been more creative because one death felt underwhelming but that’s just my opinion. Knowing the film has a prequel will answer the questions I had about this film and it makes me excited about how it will be answered. In conclusion, I give this film seven axes out of 10 and I recommend this film if you’re looking for a horror film that has the vibe of classics.

The prequel of ‘X’ doesn’t have a release date yet but a preview was shown in the after-credits so don’t leave the theater!