Legends and Folklores: Importance of Mystical Storytelling in Film 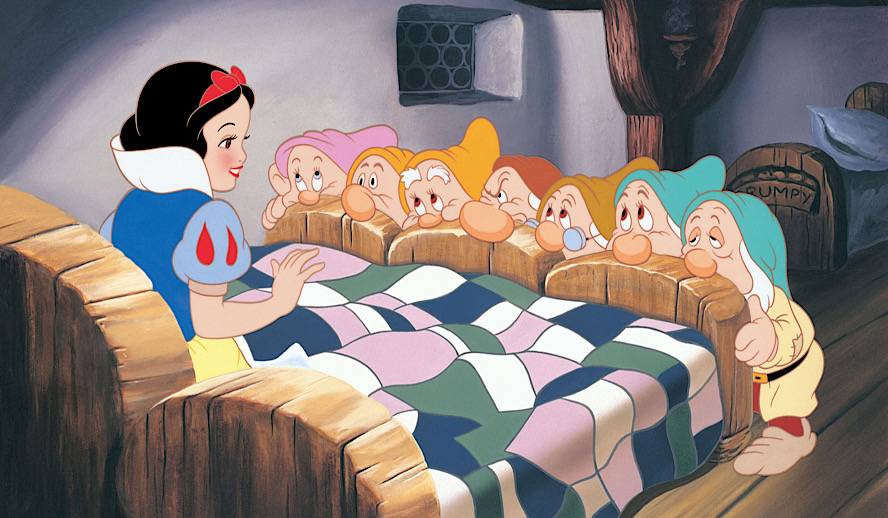 The History and Importance of Storytelling

Storytelling is an integral part of history and what makes us human. A Time article recounts the story of the wild pig and the sea cow to exemplify this fact. For those that don’t know it, the story can be summarized as follows: The pig and the sea cow were best friends and enjoyed racing each other for fun. One day, the sea cow hurt its legs and could no longer run. The wild pig carried the sea cow down to the sea so they could continue to race forever, one in the water, one on land, side by side forever.

This story can have many lessons, including friendship, empathy, cooperation, and a showcase of disinclination toward inequality. The Time article describes how this story was one that the hunter-gatherer population in The Philippines’s Isabela Province grew up on. A Science Daily article builds on the idea of storytelling being a crucial part of human society by analyzing a University College of London study. The findings are that storytelling was essential in promoting cooperative and egalitarian values.

From caveman campfires to hieroglyphics, to written word, and in recent times, film, storytelling permeates culture and carries on teaching values and ideals. New stories are being told each year in film, but elements are also being pulled from folklore, legends, and parables. Below will be a list that highlights the films that draw inspiration from these classic tales.

Disney’s Snow White and the Seven Dwarfs was one of the first animated feature-length films. It tells the tale of a princess, Snow White, who is brought to the forest to be killed because of her stepmother, the Queen’s jealousy. The Huntsman is tasked with carrying out the deed but can’t do it. Snow finds sanctuary with seven dwarfs. Later, the Queen learns of her existence and sets out to finish the deed herself. The tale of Snow White came from a story in the Grimm Brothers’ Grimms’ Fairy Tales and is still popular today after hundreds of years.

Princess Mononoke follows the story of a young prince, Ashitaka, and his involvement in a war between the gods of a forest and the humans who consume its resources. The lessons and warnings are evident in that description, but the depth of the story and its influences are not as easily spotted for those unaccustomed to Japanese folklore. Studio Ghibli films have many roots in Japanese folklore, and Princess Mononoke is one of the best in their filmography.

Kirikou and the Sorceress follows a boy named Kirikou born in a West African village. He is born in an unusual way, being able to walk and speak immediately after being born. An evil sorceress has dried up their spring and devoured all the males of the village, except one last warrior. Kirikou decides to go with the last warrior, his uncle, and visit the sorceress. Michel Ocelot wrote and directed the French film based on West African folktales. Kirikou was praised by The Washington Post for its confrontations of good and evil, as well as the score by Senegalese musician Youssou N’Dour.

Misery – (One Thousand and One Nights)

Stephen King‘s inspiration from the collection of Middle Eastern folktales, One Thousand and One Nights, is evident in his novel Misery and the subsequent film. One Thousand and One Nights is a number of different stories, but one frames the overall story. A Sasanian king marries a new woman each night only to execute them the next morning. Scheherazade offers herself as the next bride, and that night tells a story she doesn’t finish. The king postpones the execution to hear the rest of the story. The next night she ends it and starts a new one. In Misery, Annie Wilkes is the Sasanian king, and she is terrifying.

Stephen King makes the list again with his nod to the Spanish, Portuguese, and Latin American legend “El Cuco.” While the legend differs over the different tellings, the common theme is of a shapeshifting bogeyman-like creature that devours children. In King’s The Outsider, a horrible crime is committed in a small town with all evidence pointing to a man who couldn’t have committed the crime. It is a creepy tale, and its roots are from the legend that is told to discourage children from misbehaving. HBO’s series captures the eeriness of the story perfectly.

The Lord of The Rings – (Nordic folklore, among others)

J.R.R. Tolkien’s epic trilogy, The Lord of the Rings, found many influences in myth and folklore. The story follows Frodo Baggins and his friends as they become wrapped up in the world beyond their small town, the Shire. With the help of others, he and his friends take on the task of destroying the “One Ring” and stopping evil from taking over the lands of Middle Earth. Across this journey are many nods to Nordic folklore.

Dragon Ball – (Journey to the West)

Another television series to make the list is the original saga of Son Gokû in the show adapted from Akira Toriyama’s manga Dragon Ball. This Japanese story follows Son Gokû, a twelve-year-old fighter with a monkey tail, as he goes on a quest, meeting numerous odd characters along the way, in search of the Dragon Balls, a set of magical orbs that grant one wish to those who can gather all of them. This unforgettable epic is inspired by the classic Chinese novel Journey to the West. The novel, in turn, has roots in Chinese folklore and Buddhist philosophy.

The Prince of Egypt – (Book of Exodus)

DreamWorks came out with The Prince of Egypt in 1998. It recounts a story over 2000 years old. The Book of Exodus in the Bible tells the tale of Moses. Whether or not you agree with the bible, there are many parables that preach good values and are known in modern times. The story of an Egyptian prince, Moses, learning his identity as a Hebrew and the subsequent actions of how he deals with this revelation is well captured in the animated feature.

Related article: Everything We Know About the Star-Studded ‘The Matrix 4’ Led By Keanu Reeves

Tim Burton’s Sleepy Hollow is based on Washington Irving’s short story, “The Legend of Sleepy Hollow.” The film follows the story of Ichabod Crane as he investigates the town of Sleepy Hollow to find the culprit of a series of beheadings. Stories of headless horsemen are traced back to the Middle Ages. They include tales from the Brothers Grimm and Dutch and Irish legend of a rider in the vein of the Grim Reaper, who carries his head.

We find many films today rooted in folklore, legends, and parables from many different cultures and periods.  Storytelling has been around for as long as humans have. It is a tradition that gets passed on. Sometimes the oldest stories are the best ones. The films above should be celebrated for their honoring of classic tales. Many movies pay homage or retell important stories from different cultures, and there undoubtedly will be many more to come. Hopefully, this list gives readers an example of how folklore, legends, and parables are still with us in film today.