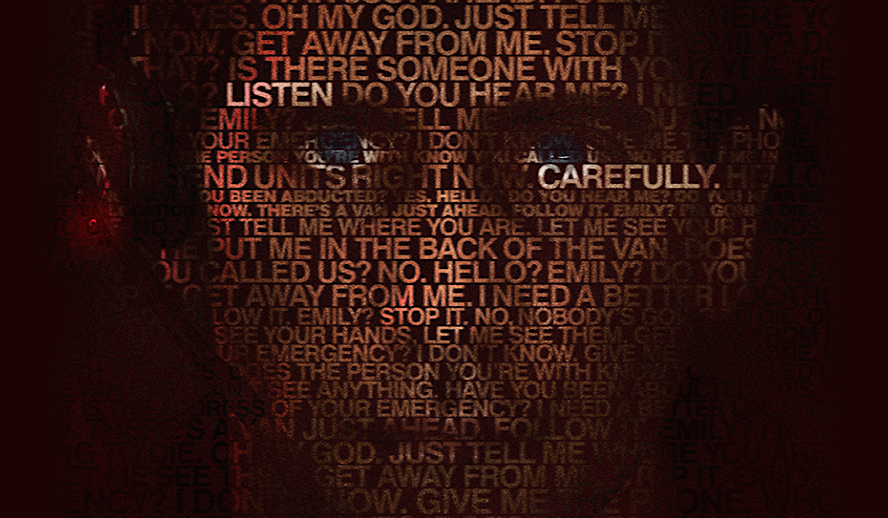 One subgenre of films that deserve more love are concept movies. You know, the kind where the entire setup of the movie hinges on one unique concept that makes or breaks the entire film. We see it with ‘A Quiet Place’, John Krasinski’s acclaimed horror film that weaponizes sound to create a muted and gripping movie experience. We see this with 2018’s ‘Searching’ as well, the mystery-thriller where all the action happens through websites and computer screens. These kinds of movies are always intriguing and refreshing to see because they’re willing to try something new. They’re hard to pull off, but if they’re done right, they can make for an incredible viewing experience that elevates the movie to heights it would have never reached otherwise.

That’s why it feels good to say that ‘The Guilty’ is one of those films, and it’s unique premise and execution make for a movie that truly stands out on its own. This film is an American remake of the 2018 Danish film of the same name, which was critically acclaimed and was put on the nominations shortlist for “Best Foreign Language Film” at the Oscars that year. It’s engaging plot and unconventional concept make ‘The Guilty’ feel different than most thrillers, and along with a powerhouse performance from the great Jake Gyllenhaal, it truly stands out as one of Netflix’s better original movies and one of the best thrillers to come out this year.

A Troubled Man Stuck Behind a Telephone

‘The Guilty’ follows Jake Gyllenhaal as Joe Baylor, an LAPD officer working at a 911 call center during the night shift. He has a hearing the next day for a trial relating to an undefined incident and he’s looking forward to to rejoining his buddies on the force. Joe is frequently stressed and on edge, dealing with calls at work relating to a giant wildfire spreading through the area while also trying his best to contact his estranged wife. Joe is also getting constant calls from a reporter from the Los Angeles Times, who wants to talk to him about his hearing.

While on duty, Joe gets a call from a woman named Emily (Riley Keough) who speaks cryptically and sounds distressed. Joe pieces together that Emily is being kidnapped and taken somewhere, and has to race against time to figure out where she’s being taken to and how to save her from her captor. Meanwhile, Joe’s involvement in the case gets personal as he becomes more and more emotionally invested in saving Emily, in ways that see him unravel in unexpected ways.

‘The Guilty’ – Audio That Paints a Picture

‘The Guilty’ tells a story about a man looking for redemption through his work, but it takes an unconventional style in its approach. The entire film takes place at the 911 call center, with Joe dialing phone numbers and talking to different people to piece the situation together. Joe never leaves the building to solve the case himself and we never see what’s actually going on outside of the center (except for a quick 5 seconds in the beginning). Everything that happens is only heard audibly through the phone, and it’s up to both Joe and the audience to put everything together and figure out what’s going on. It’s brilliant, really. The director of the original Danish film, Gustav Möller, was inspired by the idea after watching a YouTube clip of a woman calling the police while being kidnapped. He claimed to have felt like he was seeing mental images based entirely on the sounds and her talking, and that inspired him to make a film based around this concept.

And what a concept it is. It truly feels fresh, leaving it up to the audience to come to their own conclusions and envision the scenario themselves. The director of this remake, Antoine Fuqua, does a great job of preserving that sense of audio-based imagery with his direction, and it makes ‘The Guilty’ such a fun treat to watch. When we hear that a child is covered in blood, the film never shows us the situation; We hear it from a police officer that’s on the scene talking to Joe over the phone, and his reaction to seeing to what he sees is all the audience has to go off of. Filmmaking has always been a visual medium, but ‘The Guilty’ flips that idea on its head and forces us to listen rather than watch.

It helps, however, that the protagonist we’re following happens to be played by Jake Gyllenhaal. He’s always been known to be a great actor, but his performance here cannot be understated. He carries this entire film, and his reactions are what make this film as emotionally investing as it is. With ‘The Guilty’ being a film based around audibles and phone calls, a lot of the dramatic weight falls onto Gyllenhaal to keep the emotions running high. A lot of this film relies on Joe reacting to what he hears, and his aggressive and unpredictable attitude makes him so riveting to watch. Gyllenhaal doesn’t just improve this film, he makes this film.

Besides Christina Vidal and Adrian Martinez, who play Joe’s boss and coworker respectively, everyone else is only heard rather than seen. I was surprised to learn how many big names were attached to ‘The Guily’ but were never seen. Paul Dano plays a man who was robbed by a prostitute, Bill Burr plays a random caller in a nightclub, Ethan Hawke is even here as Joe’s former patrol boss, Bill. Most of these performances are smaller roles that are only heard once or twice in a short manner. Riley Keough plays Emily, and while she’s never seen, the emotion Keough carries in her voice does enough to paint a picture of what’s happening. In a movie where the story is based around people talking, Keough’s performance as a scared mother is solid. Peter Sarsgaard does great as Henry as well. He brings a rough edge to his voice that lends itself well to the story and provides depth to his character.

In the end, ‘The Guilty’ is a rare treat for thriller fans that bring a lot of tension without showing much action. It’s a good example of “less is more” and proves that you don’t need flashy action sequences or multiple locations to tell a gripping and suspenseful story. Jake Gyllenhaal brings his A-game here and proves yet again why he’s one of Hollywood’s most sought-after actors. This movie is filled with great performances, both in-person and through audio, and with a smart concept at the forefront, ‘The Guilty’ may really be one of the best thrillers to come out this year.

‘The Guilty’ is available now on Netflix.